St. Louis was founded in 1764 as a trading center, and since then our region has relied on manufacturing and trade to fuel our economy. Thanks to its strong manufacturing base, our bistate region — representing 15 counties in Missouri and Illinois — is an economic powerhouse helping drive both states’ economies. 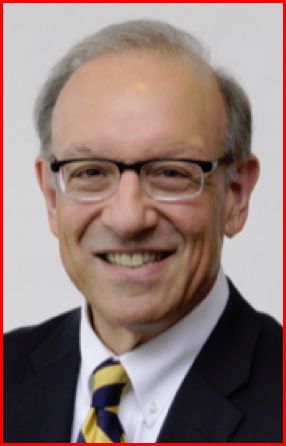 Together our states manufactured nearly $140 billion in goods last year, supporting over 800,000 high-quality jobs. Overall, more than half of the goods manufactured in our region are sold overseas each year.

This success has been made possible thanks to the hard work and dedication of our residents, as well as policies that strengthen the market for export goods. One of the most critical tools for companies competing in the global marketplace is the Export-Import Bank, which provides loans and insurance to help American companies do businesses overseas.

Ex-Im is especially important for smaller businesses and new entrants into global markets that often lack the global resources and international experience of their larger peers. Nearly 90 percent of Ex-Im’s transactions involve these small and mid-sized firms. The bank supported nearly $30 billion in exports last year, and over 160,000 American jobs.

But on June 30, Congress allowed the Export-Import Bank to expire.

Since that time, American companies have been competing with one hand tied behind their backs. Over the past two months, we have seen companies in the St. Louis region and around the nation lose contracts because their customers can’t find alternative financing. Companies large and small have been forced to rethink how and even if they can stay in business without the support from Ex-Im.

Large companies such as Boeing, which recently announced hundreds of layoffs in its satellite division partly due to Ex-Im’s lapse, are hurting. But hundreds of small businesses, including many in our region, are being forced to think about closing shop for good if Ex-Im isn’t reauthorized soon.

That is because our rivals overseas have been expanding their own, substantially larger, export credit operations. Since our region depends on exports more than most of the country, we have the most to lose.

Ex-Im’s opponents like to claim that they are fighting “crony capitalism.” But they can’t explain how an agency open to all American businesses that sells goods abroad fits within that nebulous label.

They like to say that Ex-Im hurts taxpayers, but fail to acknowledge that the bank doesn’t cost taxpayers a single penny. In fact, most years Ex-Im collects more money than it costs to run because it charges companies fees for its services and interest on its loans. In the last two years alone, Ex-Im has returned over $1.7 billion to the Treasury to help pay down the national deficit.

These arguments might sound good in partisan chain emails or while debating the topic on Internet message boards but in the real world, they just don’t hold up. And over the past two months since Ex-Im lapsed, we have seen just how wrong the opponents are as American exporters are hurting around the nation.

Thankfully, our bistate, bipartisan congressional delegation knows how critical it is to renew Ex-Im. All four of our states’ senators — Roy Blunt, Claire McCaskill, Mark Kirk and Dick Durbin — recently voted to bring back the Ex-Im Bank. Additionally, the Missouri delegation and the members from Southern Illinois have been supportive of the bank.