ALTON — When John Stirnaman, MD, was a young man growing up in Wood River, he didn’t know what the future would hold for him. Fast forward to today, and he is enjoying his retirement after being an orthopedic surgeon for more than 35 years in the same area where he grew up. 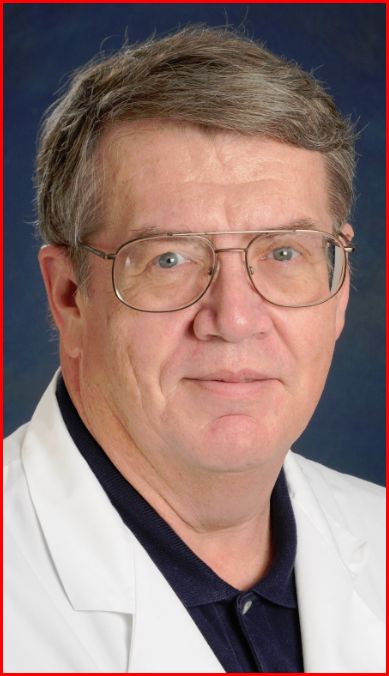 “My first summer job was mopping floors at Alton Memorial Hospital,” Stirnaman (left) says. “After high school, I worked in the OR as an orderly and would peek in during surgeries. Ithought it looked interesting.”

It was during this time that he met orthopedic surgeon Abron Grandia, MD, who would become his mentor throughout his career and eventually a colleague.

“I liked being in the OR, the idea of being a surgeon and working with my hands,” Stirnaman says. “I appreciated the mechanics of orthopedics and seeing the results right away.”

After completing his undergraduate degree in 1971 from Southern Illinois University Edwardsville, he went on to pursue his medical degree at the University of Illinois at Chicago, where he also did his residency.

“I came back to Alton to practice in 1980 for the opportunity to come home and work at Alton Memorial,” he says. “The hospital has always had a very good medical staff and reputation, and was quite specialized for its size.”

In addition to working with his fellow physicians, Stirnaman says the nursing staff and other clinicians were always supportive and “top-notch.”

Debbie Turpin, AMH vice president of patient care and chief nurse executive, feels the same way about Dr. Stirnaman, with whom she has worked since she began her own nursing career at the hospital.

“Dr. Stirnaman is a well-respected physician,” Turpin says. “He is witty and has a great sense of humor. I have worked with him my entire 33-year career. He has always been kind, thoughtful and a complete pleasure to work alongside.”

Turpin, who spent the first 20 years of her career at AMH in orthopedics, says that Dr. Stirnaman was always a good teacher and friend to her and the rest of the nursing staff.

“I can personally say that I have learned a lot from him,” she says. “Part of who I am today was shaped by Dr. Stirnaman and his willingness to encourage and share his knowledge of the orthopedic world. He always trusted me and gave me confidence that I knew what I was doing. I owe a lot to him and his guidance.”

Turpin says he will definitely be missed, and his impact on her and others at the hospital will be felt for years.

Stirnaman’s wife of 38 years, Sue, also recently retired from a career in nursing, so he plans to spend time with her, their two children and four grandchildren.

“I hope to travel some and just participate in the things that I didn’t have time for in the past,” he says. “I enjoyed my time as an orthopedic surgeon, but look forward to the future.”