EDWARDSVILLE – Treasurer Kurt Prenzler announced Friday he is planning to run for Madison County Board chairman in 2016.

Prenzler, a Republican who has frequently been at odds with the Democratic majority and its officeholders, said he is tired of “machine politics, its cover ups, spending and taxes.” 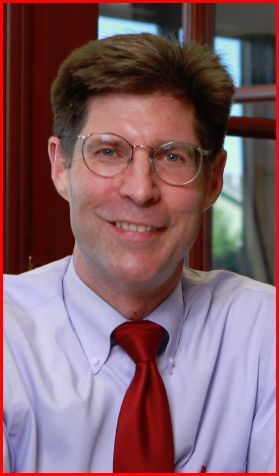 “Nothing seems to change when it comes to party politics,” he said. “The County Board doesn’t operate as a ‘deliberative’ body. We need to put the interest of taxpayers over party.”

He added, in a statement: “They do what they want, when they want and in order to stop them the public must turn out at the polls. Since I took office in 2010, voters have twice rejected plans that would increase taxes and spending.”

Prenzler (left) said that in 2011 county officials pushed for a 1 percent sales tax, which would have increased taxes by $20 million annually and allowed taxing districts to issue $300 million in debt. Voters rejected the idea 80.6 to 19.4 percent, he said.

In 2013, the majority of the County Board passed a backdoor referendum to issue $18.8 million in bonds to remodel the jail. Citizens collected 23,000 signatures to force the issue onto the March 2014 ballot, which the public rejected by a 2-to-1 vote.

Prenzler said he pointed out the “unethical” tax sales that were taking place in the Treasurer’s Office as far back as 2006, yet county officials did nothing.

In 2010, Prenzler won the treasurer’s seat and said he made what he felt were needed changes.

He said he automated the tax sales, slashed his budget by 30 percent, saving approximately $2 million and reinvested money in accordance with Illinois law into local banks, tripling investments from $30 million to 90 million.

Prenzler’s discovery of $500 million in purchases from a single Little Rock, Ark., bond salesman led to him bring a FINRA arbitration claim against the firm. Without admitting liability, the company settled the case for $340,000 earlier this year, he said.

Prenzler said county officials knew what took place, yet they continued to keep quiet – just like they did with the tax sales.

“No one speaks out even if they feel something isn’t right,” he said. “When they do they are threatened or intimidated.”

Prenzler said he is running with the idea to reduce spending and taxes and to have a more deliberative County Board.

“Everyone on the board should have a voice,” he said. “No one should feel threatened when they ask questions or wish to be a part of the process.”

Part of Prenzler’s plan is to lower the burden on taxpayers by reducing the county’s property tax levy 10 percent without cutting services, upkeep or workers’ jobs.

“With massive millions in county reserves I would like to stop the padding of the annual budget and put together one that reflects reality,” he said. “As a CPA, I know that’s possible.”

Longtime Chairman Alan Dunstan, a Democrat from Troy, has been chairman since 2002 and is likely to run again in 2016. He could not be reached for comment late Friday about Prenzler’s comments.