MADISON — A $50 million project that will help the region move goods along the Mississippi River was dedicated Monday at America’s Central Port.

The Board of Commissioners and staff members welcomed state and local officials along with hundreds of business leaders for dedication of the South Harbor project.

“For years Madison County and the port district have partnered together to promote growth and transportation in the area,” Dunstan said. “With continued investments into our infrastructure, like those in the South Harbor, we are spurring future growth and job creation for Madison County.”

The new facility will increase the handling capabilities of port operators to better accommodate the demands and needs of Midwest growers and shippers. Waterway shipping provides agricultural and industrial shippers a more economical rate structure that will allow them to better compete in the global market place.

The ceremony also highlighted a $2.3 million U.S. Economic Development Administration grant for additional rail track work at the port district that was announced Sept. 30. The port district also announced the construction of a new grain bin to complement the new grain terminal. Construction is expected to commence immediately. 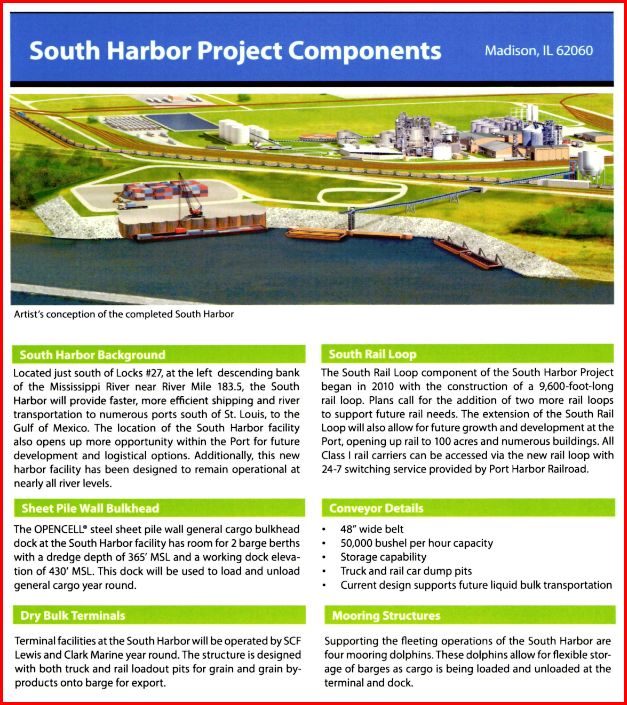