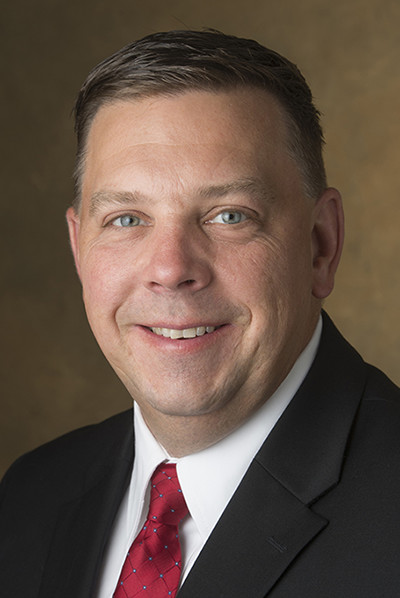 Longtime SIUE business professor John Navin took the reins as dean of the School of Business on July 1. Over the 24 years since Navin first came to the university in 1991, he’s seen many changes both in the college and in the business school.
One of those changes was the establishment of a two-plus-two program with the University of Hong Kong. Under this arrangement, foreign students take the first two years of their bachelor’s program in their native country and transfer to SIUE to complete their degrees. SIUE has also expanded its international exchange programs and study abroad programs to include universities in France, Hungary, Germany and the United Kingdom. It recently also added the University of Turin in Italy.
“Bringing students in from around the world exposes our students to different cultures and provides them the opportunity to interact with people who see the world from different points of view,” Navin said. “We work pretty hard on the international programs. I think it’s one of the most important things we do.”
When Navin first came to SIUE, the MBA was a hot degree that many students pursued. While it is still in strong demand, there has been growth in the school’s specialized master’s degrees. SIUE offers specialized master’s degrees in accounting, economics and finance, computer management information systems, and marketing research. SIUE’s latest innovation is a specialized master’s degree in business analytics which can be taken by students from any school of business master’s program. All degree candidates take a common set of foundational courses and then take courses within their master’s program focus.
“Business analytics is about the collection, analysis and utilization of data,” Navin said. “When you go to the grocery store, for example, they record all kinds of information about what you bought when it is scanned. “They know, for example, what brand of peanut butter you bought and they also know what type of jelly you bought with it. It allows them to gather huge amounts of data on consumer profiles. A whole new industry has sprung up around analyzing these large data sets and using that information to make predictions. And, it’s not just consumer behavior,” Navin added. “It’s also used in cyber security. For example, they track the way people log into systems and watch for anomalies. They can use this information to detect breaches in their security system.  There’s much more data available and the analysis of this data has become essential to many business operations.”
Not only has the School of Business changed during Navin’s tenure, SIUE has undergone its own transformation. Growth in the campus, growth in the student body and innovative programs like the two-plus-two and specialized master’s degrees have brought recognition from national publications.
This growth is reflected in a phenomenal increase in the university’s economic impact on the region. Navin recently led a team of faculty from the school of business in assessing SIUE’s economic impact. Its findings were dramatic.
SIUE currently has a total annual economic impact on the region of more than $514 million, according to the report. That’s a 9 percent increase since 2010 and more than 44 percent over the last 10 years.
The university employs nearly 2,100 full-time personnel, making it the second largest employer in the Madison/St. Clair County region. When graduate assistants, student workers, part-time and temporary workers are included, more than 5,900 people worked for SIUE in 2014 and it boasted a payroll of $145 million. The study concluded that more than 9,000 jobs exist in the area as a result of business generated by SIUE’s employees, students, retirees and visitors.
Some $24 million per year in state and local tax revenue can be traced back to SIUE. Despite a severe recession and a difficult state financial picture, the university has added more than $300 million worth of construction to its campuses during the past decade, making it a billion-dollar asset in the community. The study calculates that the university returns $8.60 for every dollar that is invested in it.
“The university is a big part of the community,” Navin said. “It’s not just the direct employment by the institution itself.  The income derived from the university is rolled over many times; spent in gas stations, homes, restaurants and stores, It’s a huge economic driver.”
All of this success is not going unnoticed. Washington Monthly has ranked SIUE first among Master’s universities in Illinois. U.S. News and World Report ranks it in the top 10 of public universities in the Midwest. And, the School of Business has been named as an outstanding business school by the Princeton Review for nine years running.
What will the future bring?
“We’re a strong institution,” Navin said. “We have great programs. We have a great faculty. The campus is gorgeous. The community is very welcoming to the students. We just achieved record total enrollment. We have plenty of room to grow and I think we will continue to do so.”

SIUE’s School of Business has opened registration for its 2015 Project Management Symposium. The event is 8 a.m. to 4 p.m. Friday, Nov. 20, at the Morris University Center on campus.
The annual one-day event focuses on cultivating the art and science of project management.
Professionals from more than 120 different companies in the St. Louis metropolitan area will participate.
The day will open with Maggie Hales, executive director of the CityArchRiver project, who will speak on stakeholder engagement.
Hour-long morning and afternoon breakout sessions will provide a range of topic choices.
To register, visit siue.edu/business/executive_education/symposia or call (618) 650-5440.