EDITOR’S NOTE: Terry Nelson announced his retirement at the end of September after 22 years in his role. This interview was conducted just prior to that announcement.

IBJ: You were successful in preventing an override of Gov. Nixon’s veto of the right to work bill that was passed last spring, but it seems that this is an annual fight. What happens next? 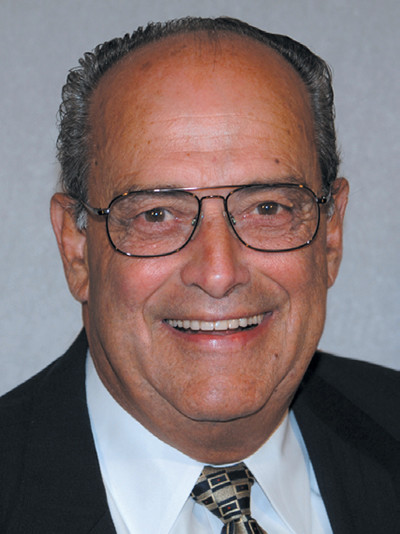 Nelson: (We)  fight right to work.  We’re planning to put an initiative on the ballot in the November 2016 election. It would amend the state constitution and put an end to right to work in Missouri. The state is divided into eight districts and we need to collect enough signatures in at least six of them by May of next year to get it on the ballot.

IBJ: And you’ve got to make sure all of those signatures are good.

Nelson: Yeah. You always collect 10 percent more than what’s required and you submit it two weeks before the deadline so you have time to get more signatures if some of them are struck. I don’t know all of the details yet, but we might be able to submit them by district.  I think we need 27,000 signatures in the St. Louis district. If we get those quickly, we might turn that district in on Jan. 1. We’ll just keep going till we get our six districts in and we’re off and running.

IBJ: It sounds like a big undertaking. Do you think it’s doable?

Nelson: It is if we can get all of the unions to stand shoulder to shoulder and put in their time, their work and their money. This is going to cost somewhere between $10 and $15 million dollars.

IBJ: Why so much?

Nelson: Once you get the signatures and you’re certified to be on the ballot, you have to start advertising and you’ve got to start doing TV and radio and billboards and a lot of stuff. There’s no sense having the ball and no field to play on. You’ve got to go out there and do the hard work.

IBJ: Right to work has not been an issue in Illinois.

Nelson: It will be. We’ve been working hard to protect all our Missouri families and soon we’ll have to protect Illinois families. You guys are going to be seeing what we’re seeing right now very shortly.

IBJ:  How’s the construction market in this area these days?

Nelson: Oh yeah, in 2006. Back in those days we were rocking and rolling.

IBJ: I know that residential construction was particularly hurt during the recession. How is it doing now?

Nelson: It’s coming back. It’s coming back good. We’re kind of the stray animal. This is about the only place in the country where we build union homes. We’re doing it because of our best practices and our safety records. I don’t care if a guy works for $11 an hour. If he’s unsafe; if he gets hurt on the job; he’s going to cost that contractor a lot of money. It’s not the hourly wage so much as it is the overall costs. We have the skills. We’re highly efficient. We work safe and our people are very, very conscientious.

IBJ: During the recession I wrote stories about how construction workers were leaving the trades to find other employment like driving a truck. Are they coming back?

Nelson: Yeah and what we’re doing — we’re recruiting. We’re calling all our members up and our apprentices who dropped out of the school. We’re calling them up and we’re offering them incentives. We’re telling them if they want to come back to the union, we’ll not only let them back in at no cost, we’ll give them a $250 VISA credit card if they’ll come back in.

IBJ: What does a kid right out of high school need to do to become a carpenter?

Nelson: It’s very simple. They need to come into one of our training centers. We have one in St. Louis and one in Belleville. They have to pass a drug test and we give them a list of contractors who are looking for apprentices. They have to go and knock on the door of a contractor and say, ‘My name is Joe Blow. I want to become an apprentice carpenter and I heard that you might be hiring some apprentices. I need a letter of intent to get me in the school.’

Nelson: They’re ready to start the program. We have counselors in our training centers. They work every day with the apprentices. They make sure they stay employed. They make sure their training is up to speed. If a guy misses a class, they’re on the phone to find out why. We go out to high schools. We did 127 high school visits last year. We do job fairs. They don’t have to have mechanical skills. If they want to become a carpenter and join the union, there’s one main requirement — a good attitude. If they’re dedicated; they mean it; and they have a great attitude, our counselors will jump through hoops for them.

IBJ: What about kids who come in and don’t have the basic skills?

Nelson: We have tutorials. We have mentoring programs. We have people who go out to see them in their homes. We do all of this because these kids are the necessary fuel that’s going to run this union for years to come. There are a lot of unions that won’t take on apprentices because they see new apprentices as competition for the old journeymen and that just isn’t true. You have to have a mix of the two.

IBJ: So, what’s on the horizon for the Carpenters’ District Council of Greater St. Louis and Vicinity?

Nelson: Right now, we have a major shortage of welders in this country. So what do you think a guy ought to do?  He ought to open a valve someplace that drops welders out. We have a training center in Kansas City that just opened up within the last few weeks. It has 16 stations where we’re training welders. We have one in St. Louis with 16 stations and we have one in Belleville with 16 stations. We also have virtual welders that are portable. We can take them out to high schools and let the kids weld.  We’re recruiting and we’re really focusing on this. We’re looking at opening up a welding training center with at least 40 stations. There will be people from around the country who are going to want to come in and go to this welding school that we’re going to set up. We’re going to have to put them up in housing and we’re going to have to charge them. We have to figure out how to make all of this work but it can be done.  Somebody said the other day, ‘Whoever controls the welders, controls the industrial sector.’  That’s the story — control the welders then go into factories, automobile plants, power houses and the like. Go into all these industrial settings. They’ll need us. If we can’t meet their needs, shame on us.

IBJ: Is there a welders’ union?

Nelson: There is no welder’s union. Each union has welders. What I want to do I learned from my competition. What I want (us) to do is to start a union local with nothing but welders in it. That’s all they’ll do. They won’t do anything else. We’re thinking we’ll be bringing people in here from all over the country. You want to become a certified welder, well, come on in. We’ll bring you in here and train you.

SPRINGFIELD — The Illinois Department of Transportation is asking the public to participate in meetings being held throughout the state to help develop the upcoming Fiscal Year 2017-2022 Multi-Year Program.
Among the meetings are:
– Oct. 8, 4 to 6 p.m.., IDOT District 8 Office, 1102 Eastport Plaza Drive, Collinsville.
– Oct. 13, 4 to 6 p.m., Breese Activity Center, 419 South Clinton St., Breese
Participants will be able to review transit data and provide information for the development of the first Statewide Public Transportation Plan.

The Southern Illinois University Edwardsville Graduate School will host its annual Open House on Wednesday, Oct. 14.
The event will consist of two identical sessions: 11 a.m.  to 1 p.m. and 5 to 7 p.m. in the Morris University Center’s Meridian Ballroom.
An offer that is exclusive to the Graduate School Open House, the graduate school application fee will be waived for prospective graduate students who apply at the fair – a savings of $30.