Special to the Illinois Business Journal 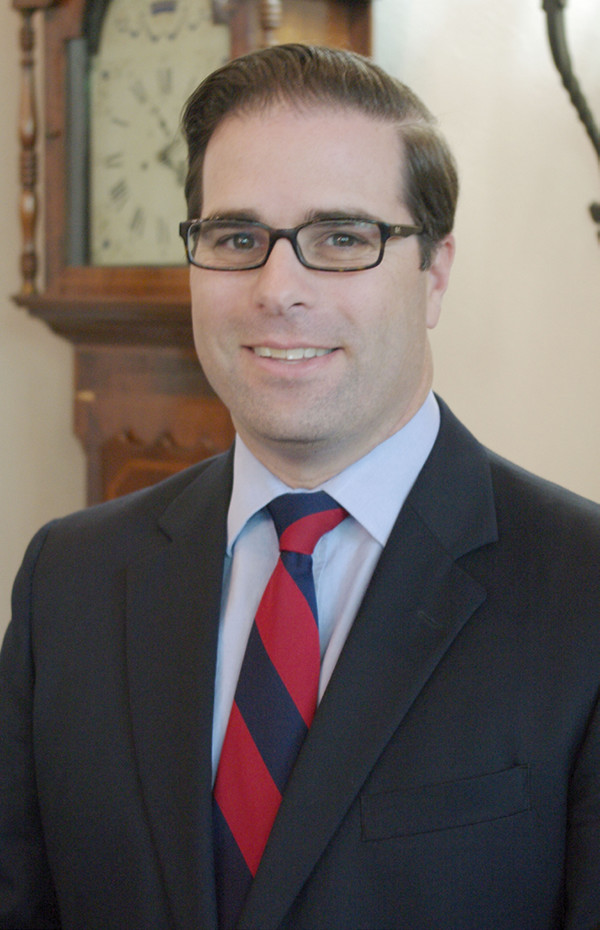 The 2015-2016 academic year marks the next chapter at an institution that has become a key component of the Belleville community. On Aug. 1, 2015, Dr. Brett Barger began his role as interim president at Lindenwood University-Belleville.
Barger’s long-running personal history with Lindenwood and previous ties to the Metro East have given him a broad vision for the future of the campus, coupled with a unique familiarity to the individuals and communities whose partnership and support helped make Lindenwood Belleville what it is today.
Barger’s relationship with Lindenwood University began in 1990 when he enrolled as an undergraduate student at the St. Charles, Mo., campus.
“Growing up in St. Louis County, I chose Lindenwood because of the strong community that I encountered on my first visit there,” Barger said. “The special connection between the faculty, staff, and students felt like family, and that pervasive culture exists to this day. I felt it when I was a student, and it’s the same thing that students and parents tell me they experience when they come to Lindenwood Belleville.”
After graduation, Barger spent a year working in sales before receiving a phone call from Lindenwood’s president asking him to return to the university as an employee.
“I quickly gained an amazing and intensive education on the financial operations of Lindenwood,” Barger said.
In 2000, he earned his master of business administration and seized an opportunity to start a business in Mexico.
“I was away from Lindenwood long enough to know without a doubt that my desire and purpose was to be in higher education at Lindenwood University,” he said.
Upon his return to Lindenwood, Barger gained valuable experience in management of evening program site growth as the dean of Evening and Graduate Admissions and extension campuses. When the Belleville campus opened in 2003, Barger oversaw it along with the university’s other evening class extension sites. Echoing his first interaction with the Lindenwood of the early 1990s, Barger’s experiences at Lindenwood Belleville reminded him of the rapid growth and excitement that occurred only a decade earlier in St. Charles.
“When I was an undergraduate student, Lindenwood St. Charles had a large expanse of unused grounds and several vacant buildings, much like Lindenwood Belleville when it was just an evening college,” Barger said. “There were only 1,225 students at Lindenwood St. Charles in 1989, and now there are approximately 16,000 students annually at both the Belleville and St. Charles campuses. In each case, I was fortunate enough to be part of Lindenwood’s situation of starting out with more space than we needed and later looking for new areas we could expand.”
Barger most recently served as the associate vice president for operations and finance for Lindenwood University before being hired as interim president for the Belleville campus.
“My connection and affinity for Lindenwood Belleville and the people here have been present since the campus’ early days,” Barger said. “I believe that all my past experience at Lindenwood has helped to prepare me for this role, and I’m honored to be part of this campus community.”
As Barger looks ahead to the campus’ future, he is excited to begin an in-depth master plan that will include many opportunities for growth in student enrollment, academic programs, and facilities.
“I hope to expand people’s vision for the campus during my leadership,” he said. “At Lindenwood, it’s always been about what’s next and building big aspirations for what we can be. For example, we are already looking ahead to the year 2027, which will mark the 200th anniversary for the Lindenwood system and 25 years since the conversation and planning started for the Belleville campus. I hope to encourage a culture of excitement and anticipation as we seek feedback from everyone to answer the question, ‘What do we want to look like in 2027?’”
Barger believes that Lindenwood University-Belleville has impacted the Metro East as much as the region has influenced the campus.
“I continue to be contacted by cities in this region and across the country to see if Lindenwood would be interested in opening a location in their town,” Barger said. “The problem that many areas are encountering is called ‘brain drain.’ In other words, the city’s best and brightest students are going away for college and don’t come back. Lindenwood Belleville is another vital engine bringing talented people to Southwestern Illinois and keeping them here. Our students come from just down the street and all over the world. They are developing the Metro East as the next generation of leaders.”
Barger’s message for the businesses, residents, and community leaders in the region is a simple one: take advantage of the opportunity to connect with Lindenwood students and faculty.
“Any time we can create partnerships to meet needs in the community or work together with businesses and community leaders, we benefit from each other,” he said. “I encourage our local businesses and leaders to create internship opportunities for our students, hire Lindenwood graduates, and call on our faculty when they need a content expert in a field. The real value of having a university in the community is the interaction among people and the ideas we generate when we work together.”