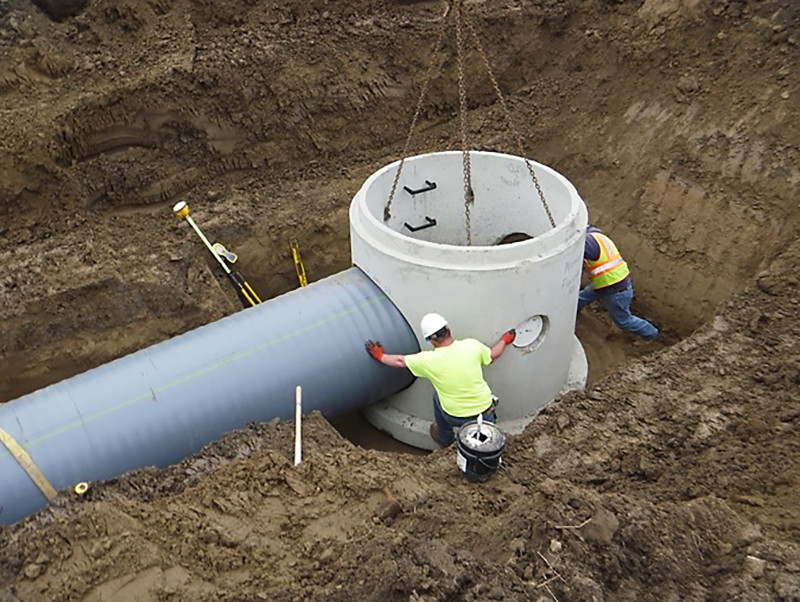 “There is a little risk moving ahead because we don’t have a complete commitment from the Corps,” Etwert said, “but we feel pretty comfortable about it. In order to get absolute assurance on your work-in-kind projects, you have to get what they call an IDR approval (Integral Determination Report) in which they approve identified projects. Then, after that you have to get a PPA (Project Partnership Agreement). Unfortunately, to get the IDR would probably take eight to 12 months and then to get the PPA would take another year after that. That’s time we just can’t waste. We feel pretty good about moving forward because we’re working hand-in-hand with the Corps. We meet about every other week to review everything. So we feel confident that we’re going to be eligible for the work-in-kind match.
“If you really want to be absolutely 100 percent sure, you might not have that approval for another year and a half or two years and the board wants to move on this,” Etwert added. “We want to get the projects built. We want to provide the protection as soon as we can, so we’re moving ahead.”
The law that created the district authorizes the issuance of bonds for up to 25 years to pay for qualified projects. The quarter-cent sales tax that funds the bonds will stay in effect until all bonds are redeemed.
The board has approved the design of the Wood River Levee District and Metro East Sanitary District projects. The estimated work-in-kind match for the Wood River projects is $12.9 million and $33.9 million for the sanitary district projects. Estimates have not yet been prepared for the Prairie Du Pont and Fish Lake systems.

COLLINSVILLE — The Council of Owners and Construction Associates, Inc. is sponsoring a Contemporary Issues in Construction conference, “OSHA Updates and Beyond the Tipping Point – Aerial Work Platform Training Requirements.”
It will be held on Wednesday, Oct. 14, from 8 a.m. to noon at the Gateway Center, 1 Gateway Drive, Collinsville.
Speakers will be John Langford, corporate safety director at James McHugh Construction Co., and Tony Radke, manager, safety education at NES Rentals.
Topics will include annual OSHA updates and using an aerial lift platform.
A portion of the conference will offer details about what companies must do to stay in compliance with 29CFR 1926, the Construction Industry Standard.
The remainder of the conference is an interactive seminar designed for those who plan, supervise and/or manage employees who operate aerial work platforms in the workplace.
The conference fee is $95 per person. The fee includes continental breakfast, refreshments, lunch and all handout materials.
For further information or to register, visit www.cocainc.org . Look for the “Fall Conference” under the 2015 Events page. For any other questions, contact the COCA Office at (618) 288-9434.