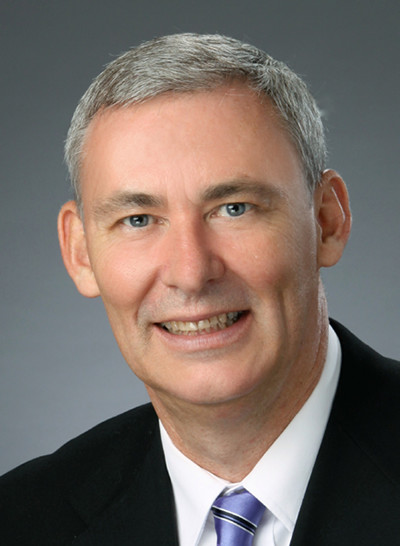 EDWARDSVILLE — By year’s end, Madison County will be among the first counties in the state to enact a digital citation program designed to save time and expense during traffic stops.
As Circuit Clerk Mark Von Nida sees it, the electronic “eCitation” program won’t take the sting out of getting pulled over but it will make the occasion a little more convenient. And safer for officers involved.
“You’re already late for work, you’ve got a traffic ticket, you’re steaming. At least you’re not sitting on the side of the road as long,” he said.
The county recently purchased digiTICKET software that will allow patrol officers to send case information directly to the Circuit Clerk’s Office in Edwardsville rather than transcribe it by hand.
The program — and two other, related initiatives — are being enacted in Madison County at the urging and with the approval of the Administrative Office of the Illinois Courts, an arm of the Illinois Supreme Court.
The first county to be approved for eCitation was Bond County, which, with Madison, makes up the 3rd Judicial Circuit. Bond’s program has been under way for a few months, allowing Madison County to learn from its progress.
Rex Catron, the circuit clerk in Bond County, gets a lot of credit, Von Nida said.
“He had found the company (Saltus Technologies, owner of the digiTICKET system) and encouraged them to come to Illinois. He has an edge because he’s an ex-state cop and he has some insight. He really did push for this program. I followed his lead.”
So far, six counties have been approved for the system, and Von Nida said Madison may be the second to put it in use.
The digiTICKET process is the first, and currently the only, eCitation solution approved by the Chief Conference of Judges in the State of Illinois.
Other counties — and some individual cities — attempted through pilot programs to get to the same ends, but could not get past the necessary, and complicated integration of computers.
Von Nida signed a contract for the digiTICKET service in July.
“We’re not spending money from the property tax payers. Each ticket written since 2009, we’ve been collecting a $5 fee, from cases where fees have been assessed by the court,” he said. “The state legislature enacted the fee in order to promote the program.”
The $5 is split; $3 goes to a circuit clerk’s fund, $2 goes to the ticketing agency.
The clerk’s fund had generated some quarter-million dollars before Von Nida contracted with the company in July, putting down a payment of around $49,000, which includes the rights to 30 “client licenses” for the police jurisdictions involved. It will cost about $500 for the software to link each police vehicle and another $200 per vehicle for the hardware (printers and scanners). That money all comes from the court-assessed fees, he said.
The program will start with tickets from the Madison County Sheriff’s Department before expanding to other police jurisdictions.
“My circuit clerk automation staff is situated in the county’s IT department, along with the IT support from the Sheriff’s Department,” he said. “My people will be working directly with them in the same location. We’ll be able to launch it with just the one (police) agency and work out some of the bugs.”
Because of subtle differences in databases, there will have to be customization of the processes for the county and ultimately other departments (about 27 in all).
“Once we get the Sheriff’s Department, we’ll quickly move to Granite City, which has a lot of the hardware in place (from a past pilot project). What we expect is we’ll move in groups after that, starting with north-end groups (around Alton), then Edwardsville-Collinsville-Troy after that, then others.”
Most departments are fairly proficient these days in terms of technology, he pointed out. Squad cars typically have computers from which officers work.
The plan would be to upgrade squad cars with printers and scanners that would scan the barcode on driver’s licenses and registration and keep officers from physically having to write the information by hand.
Von Nida said the county’s 9-1-1 database will be used in the processing.

He gives this description of how it will work:
“Start with the traffic stop. From the offender’s perspective, nobody likes to get a ticket. But the average time of a traffic stop  … takes over 15 minutes. By being able to efficiently gather this information and translate it into a ticket quickly, you can cut the time to less than five minutes,” he said.
“More importantly is, one of the most dangerous things a police officer does is a traffic stop. This cuts the time involved by two-thirds. Not a small thing.”
Efficiencies will be gained on multiple levels, he said.
When a police officer currently writes a ticket, he gives the top copy to the offender. A carbon copy goes back to the police department where it has to be put into a system for tracking. Another carbon is transported to the Circuit Clerk’s Office where it is also keyed in.
“Not only is it a duplication of effort, it’s a duplication of effort done badly,” Von Nida said, noting that there are occasionally mistakes made with all the transcriptions.
The new way will allow an officer to download information from the squad car straight to the police department, where it can then be shared in integrated fashion with the Circuit Clerk’s Office. The officer can print a copy for the offender.
The information will be integrated in two ways. One is the court management system. The other is the Report Management System, which allows each police department to track tickets for statistical and other purposes.
Anticipated savings will allow the circuit clerk to redeploy staff to different functions. There is unlikely to be job cuts among the 70 or so staff members in the department, but empty jobs may go unfilled through attrition, he said.
“There are also things we can do that we can’t do now,” he said. “Here’s a perfect example: They closed down the Circuit Clerk’s (satellite) Office in Collinsville.   What we have then is two people from my office traveling there twice a week to staff the court. But there’s no presence there otherwise. I’ll be able to staff that full time. That’s important because Collinsville is a big area — Collinsville Township is the most populated in the county. And Jarvis Township, adjacent to Collinsville, is the fastest-growing township, according to the Census.”
The digital process has ramifications beyond ticketing. In August, the county received permission from the Illinois Supreme Court to launch “eCriminal,” a new division of an e-filing program that the county has had for some time. The original e-filing system only applied to civil cases. whereas this will allow criminal case filings.
“We’re gearing up for police departments to be able to file case information on tickets. Later on, we’ll work through the local rules for lawyers to be able to file motions on criminal or felony cases,” he said.
“eGuilty” has also been approved, which will allow first-time offenders, 19 and over, to send in a guilty plea via the Internet and pay their fine via credit card. In return, they are given court supervision, which is routine, but they don’t have to come to the courthouse to do it. Those 18 and under would still have to come to court.
“We’re trying to make it more convenient. Not pleasant, sorry. There is a reason tickets are given. The least we can do is to make it convenient as possible for you to feel the pinch,” Von Nida said.
Von Nida is still pursuing one other digital initiative advocated by the high court, called “eRecord.”
“That would allow me to basically eliminate paper records altogether, in favor of an electronic version,” he said. “When I became circuit clerk (in 2012) one of the things that shocked me was … the piles of old files. Quite literally they were stacked up in the hallways, downstairs in the basement, and in the sally port (the former courthouse prisoner entrance). They were stacked all the way to the ceilings on three walls. The entire fourth floor of the Wood River building was also overflowing.”
Von Nida worked with a company, HOV, in Rantoul, Ill., to transform the piled records into electronic records with microfilm backup. After it was all certified, the old paper records were destroyed. Now, he’d like to do that with all future records.
“Paper is my enemy,” he joked. “As long as proper safeguards are in place, everything that I can get rid of, I will.”
Some things, however, cannot be destroyed by law, including wills.

BELLEVILLE — Construction-management firm IMPACT Strategies  has completed construction of Cottages at Cathedral Square, a new $6 million 32-unit residential senior living community at 305 S. First St. in Belleville.
The multifamily property, developed by Metropolitan Housing Development Corp. and Touchette Regional Hospital, is the first new development of its kind in Belleville. It is also the first building in the city to receive the ICC 700 National Green Building Standard’s bronze certification for green practices.
There are five, one- and two-story buildings totaling more than 31,000 square feet, with one- and two-bedroom units for lease. All units are for low-income residents age 62 or older. Residents must meet U.S. Department of Housing and Urban Development guidelines.
The community’s exterior was designed by EWR Associates of Fairview Heights.