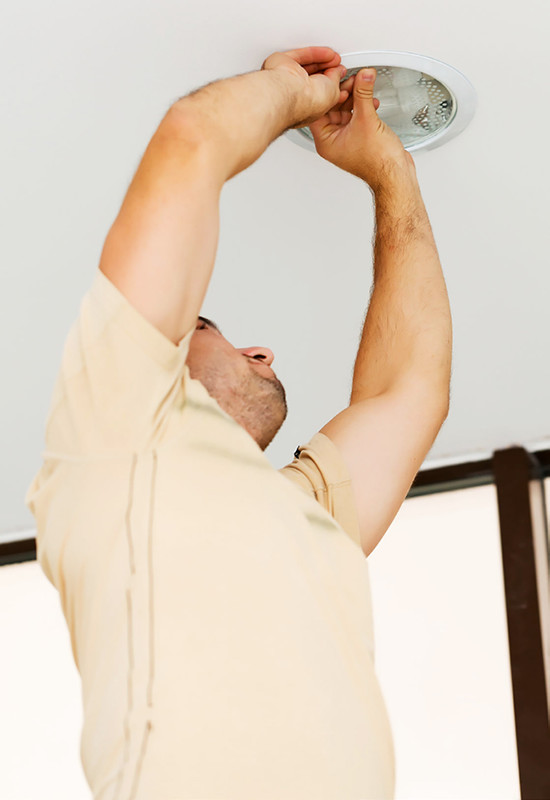 Businesses throughout Southern Illinois are saving big money on their annual energy bills, some of them thousands of dollars, through a program that’s so simple to participate in, it’s a bit like the proverbial light bulb idea.
Ameren Illinois’ Energy Efficiency program, ActOnEnergy.com, has been around since 2008, but it’s grown in popularity as word spreads and residents and business owners and operators learn of potential savings through energy audits.
Ameren cites three area business — Far Oaks Golf Club in Caseyville, Fischer’s Restaurant in Belleville and Althoff Catholic High School in Belleville — that recently avoided a combined $20,000 per year in future energy costs.
The biggest winner, though, appears to have been Olin Brass, a subsidiary of Global Brass and Copper, Inc., which was recognized by Ameren Illinois for its energy conservation efforts at its East Alton facility.
With the help of Ameren Illinois’ energy efficiency programs, Olin Brass reduced its electricity consumption by more than 14 million kilowatt-hours, equivalent to taking 2,000 cars off the road — and yearly cost savings of nearly $1 million.
The company is on track to achieve national certification through the Energy Star Challenge for Industry program.
In 2011, Olin Brass began participating in the ActOnEnergy program, which allows businesses and residential customers to receive incentives to help them complete energy efficiency projects.
Between 2011 and 2014, Olin Brass took on 33 projects targeting lighting, motors, compressed air and more. Those projects resulted in electricity savings of nearly 14 million kilowatt-hours. As a result of the improvements, 21.8 million pounds of carbon dioxide gas have been removed from the environment, Ameren said.
“One of Olin Brass’ core values is to exhibit good corporate citizenship in all that we do,” Bill Toler, president of Olin Brass, said earlier this year. “By investing in these types of energy efficiency improvements, we are showing our customers and our community that we care about the environment and the future we share.”
Two of the leaders of the Ameren Illinois program — Keith Martin, director of Energy Efficiency, and Ken Woolcutt, manager of Energy Efficiency — agree that more businesses will take advantage of the program as they learn of the success others are having.
“We have a targeted marketing effort to make our business customers aware of the variety of programs available to help them manage their energy usage and save money,” said Martin. “Every day, our energy advisors are in local communities, building relationships with company leaders and working together to assess the opportunities. Energy saving projects can often be turned around in days.”
Ameren Illinois has lined up hundreds of pre-qualified contractors – HVAC, energy and lighting experts – to implement the improvements at customer locations. Businesses specializing in providing heating, cooling, insulation and lighting services have become “very familiar” with Ameren’s efficiency programs.
“Our allies and contractors are critical to the success of these programs,” Martin said. “These businesses assist in the process of applying for the rebates and incentives and are a great resource for customers,” Martin said. In addition, customers may be eligible for tax breaks.
Since 2008, Ameren Illinois Energy Efficiency programs have helped businesses and nonprofit organizations save 3,938 gigawatt hours of electricity and more than 41 million therms of natural gas usage, equivalent to removing more than 582,000 cars from the road in a year, and translating into more than $265 million in total energy savings.

Lighting upgrades are the most common way to save money, with a variety of high efficiency lighting incentives available.
“For typical small- or medium-size businesses there are many energy saving options,” Woolcutt said. “For example, if most of your usage is related to lighting, we have a robust array of lighting programs. Incentives may also be available for a restaurant with heating, cooling and refrigeration needs.
“Quite often, a project will start with the customer calling our toll free number (866-800-0747). If a walk- through audit is conducted, it becomes pretty obvious what the first steps should be. We find that the most popular program, the program that gives people the most payback the quickest, is to upgrade the lighting.”
For example, old-style fluorescent or incandescent lights, can be replaced with more efficient fluorescent or the latest LED technology.
“One of the surprising, quick paybacks is exit lights. Installing an LED exit light may pay for itself in months,” Martin said.
The time required to complete a project varies by the size of the facility and the complexity of the work.
“For some of the larger industrial customers, a project may take several months,” Martin said.
Most projects can recoup their costs within three years, he said. Some of the lighting projects can recoup their costs as early as six to 12 months.
Ameren and its allied contractors have handled thousands of such projects.
“It’s just a routine course of business now,” Martin said.
“A small business with a storefront may have a dozen light bulbs and fixtures to change out. There is very little investment on the business’ part. For some of the larger facilities such as restaurants, things get a little more complex when the project includes coolers, freezers and ventilation systems,” Martin said.
Everything from the number of people inside the building — and the heat they produce — to the number of times a door is open can define the approach and level of savings.
Warehouses, for instance, may have little air infiltration but they could experience large lighting loads operating 24 hours a day.
“We have special fixtures for those locations, and there could be a lot of energy savings very quickly. Many of our program allies are specialists in lighting and know exactly what the customer needs in the way of new lighting technology – including installing the optimal number of lights,” Martin said.
He said the investment is not just about adjusting lighting levels and using new technology, but improving the workplace.
“It’s not just the payback of the investment. We get reports of better productivity, improved safety and more pleasing aesthetics because of improved lighting,” he said.
Ameren Illinois has about a dozen professionals on staff who are dedicated to the program. There are also 40 to 50 contractors who work with Ameren that specialize in offering these programs around the nation. Add to that the 800-plus program “allies” working with Ameren across the state.
Ameren Illinois’ ActOnEnergy program has evolved in its seven years and is now bigger than ever, both in number of programs and funds that are available. There are several hundred specific pieces of energy efficiency equipment that are eligible for rebates and incentives.
No two businesses can be compared. One business using many electric processes could see energy costs as its most expensive budget line item. Another similar business might see personnel as its most significant expense.
“For example, you can have two pizza places next to one another and one does 10 times more in business than the other,” Woolcutt said. “So, it’s hard to predict which business will generate the biggest savings from an energy efficiency initiative. Our website has some really interesting case studies.”
Another program that’s proving popular for industrial customers is improving compressed air systems.
“Compressed air systems use a lot of energy, and with leaks those compressors run more than necessary. We go in, make the repairs to the piping, stop the leaks and usually significantly reduce the amount of time the compressor is running,” Martin said.
Energy-saving solutions aren’t always high on a list of priorities for businessmen, which makes Ameren’s proactive consultation that much more important.
“Most of the participation occurs because we have reached out to customers. We’ve knocked on the door. What we find is most customers are so busy they don’t think about how they are using energy,” Martin said.
Some of the more sophisticated industrial customers have energy managers. However, very few smaller businesses are able to afford such resources.
Operating on the theory that businesses will participate if they can be shown how to save money, Ameren Illinois conducts regular gatherings.
“Annually we have a business symposium that is open to all business customers and contractors,” Woolcutt said. “We try to provide education on the technical aspects of the equipment and information on how to participate in the programs. There are variety of vendors there to demonstrate their products and help customers take the first step in saving energy.”
Martin added: “What has worked across the nation and is now working in our service territory involves contractors or program allies visiting multiple stores within a town and presenting a detailed proposal to the customer.”
Martin said that it is gratifying to help businesses save money, but indicated it is especially rewarding to help an industrial customer, who believes his business already to be energy efficient, find additional energy savings.
“Some industrial customers are surprised at how much energy can be saved once they have completed a comprehensive audit and established a multi-year plan to improve the efficiency” Martin said.
“Olin Brass was one of those customers that have completed such a comprehensive plan. It was encouraging to see Olin Brass improve their business while demonstrating that they care about the environment,” Martin said.
Anyone wanting to know more about Ameren Illinois’ energy efficiency programs can visit the website at http://www.actonenergy.com/