ALTON — Amy Runyan, a nurse in the Alton Memorial Hospital Medical Care Unit, has heeded the biblical call of Acts 1:8 and expanded her ministry to “the ends of the earth.” In this case, that’s the country of Nepal. 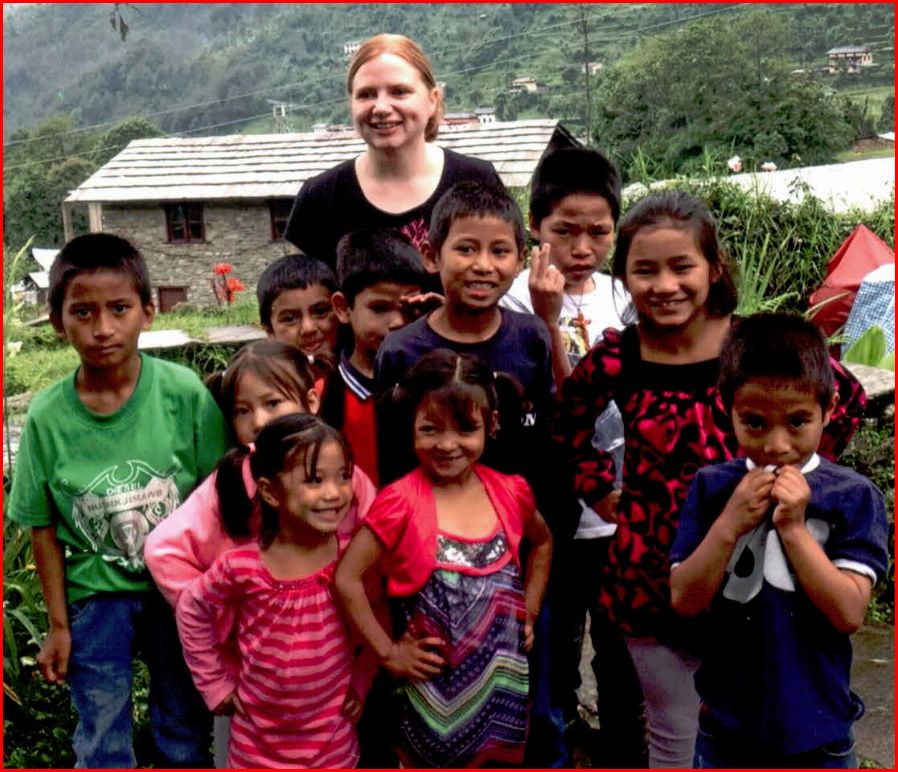 Amy and her husband, David, are active with CEIFA Ministries and have been on many Christian mission trips to the landlocked country located between China and India.

The Runyans oversee an orphanage that housed 12 children in the village of Jiri. That orphanage survived Nepal’s first massive earthquake on April 25 but was destroyed in another earthquake on May 12. Miraculously, all of the children survived.

“The April 25 earthquake was on the opposite side of Nepal as our children’s home so even though they felt it and had some minor damage they were all OK,” Amy Runyan said. “Both of the villages where we had done medical outreaches were badly damaged. David Runyan and another CEIFA board member went to Nepal on May 1 to take in more supplies. They had bags of water filters, protein bars, OTC medications, solar powered chargers, and tents. They were overwhelmed by the need. The average Nepali makes around $2,000 a year, and in a village it’s much less than that. These people had just lost everything.”
The epicenter of the May 12 earthquake was only 30 miles from Jiri. Most of the village was destroyed but the children miraculously escaped.

“Just moments before the kids had been in the classroom studying but were called down to lunch,” Amy said. “They eat lunch in a stand-alone building that withstood the earthquake. The classroom was on the top floor of the house and was destroyed.

“The staff and children lived in tents for two weeks but there were so many aftershocks, sometimes every five minutes, that some of the kids started to get a kind of motion sickness from the ground moving so much. Also it was raining a lot and everything was wet and kids were getting sick from that, too. They then decided it would be best to move all the kids to Kathmandu where they could find a place to rent and the aftershocks weren’t as bad.”

In addition to the 12 children in that home, the Runyans have 12 children of their own — eight adopted, with an age range of 3 to 30. Amy, along with three of her daughters and two other women returned to Nepal in early June.

“We took in more of the same supplies but our main focus was the children,” Amy said. “One of our ladies does child trauma counseling and was able to do that with the children there and it went very well. We brought crafts and games to do with the kids every day just to keep them busy and give them a break from all that had been on their minds. Children are so resilient; most of them were doing great. Some missed being in Jiri and some never wanted to go back.”
Amy and her team received permission from the Nepal government to build temporary shelters, and enough money was raised to build 160 shelters.

“We sent two teams in back to back to help build them, and distributed 250 backpacks and other supplies to school children,” Amy said.

As if that isn’t enough, Amy also finds time to work PRN (as needed) at AMH. Amy Toenyes, manager of the Medical Care Unit, is very appreciative — and more than a little amazed.

“Amy is an extremely compassionate and caring person,” Toenyes said. “It amazes me how she is able to juggle so many responsibilities at home and still pick up hours here to help out her co-workers. “

As much as her co-workers appreciate the help, it’s probably nothing compared to the appreciation of 12 young children in Nepal.

People who wish to give or want information on going on a mission trip can visit goceifa.com or e-mail ceifaministryinternational@gmail.com.