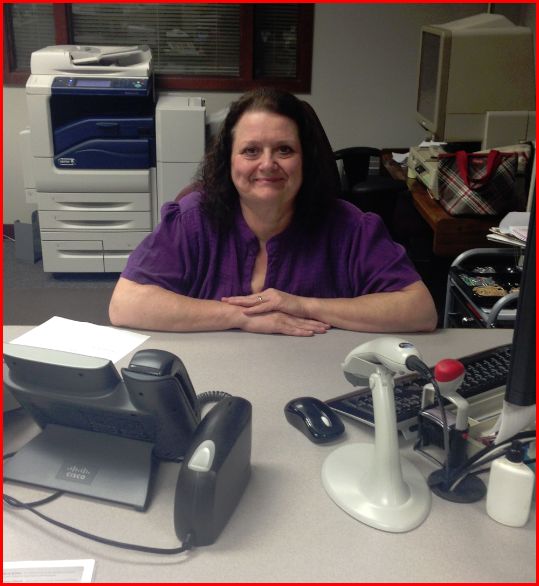 EDWARDSVILLE — Madison County Treasurer Kurt Prenzler has announced that one of the office’s longtime employees is set to retire this week.

“Mindy Ramey is about to close the books on her 40-year career with the Treasurer’s Office,” Prenzler said. “She is ready to embark on the next phase of her life.”

The 63-year-old who started working part time for the county collector in 1973 will celebrate her birthday on Tuesday and retire on Friday.

“I worked for three months in the summer of 1973 before returning to SIUE,” Ramey said. “I came back as summer help in 1975 and have been in the office ever since.”

Ramey, who grew up in Edwardsville, planned on becoming a teacher after graduating from Southern Illinois University Edwardsville in December 1973 with a bachelor’s degree in physical education. She said graduating mid-year and traveling to visit her then boyfriend stationed with the U.S. Army in Panama made it tough finding a teaching position.
Ramey married in June 1974. She said she returned to Edwardsville while he stayed behind and began substitute teaching.

While continuing to look for work as a teacher Ramey came back to work in the Treasurer’s Office the June 1975 and that fall asked Treasurer George Musso if she could stay on full time.

“I hadn’t found a teaching job and he told me as long ‘he was here’ I could stay on,” she said. “It’s hard to believe it was that long ago when I started.”

Beside the number of bosses, Ramey said she’s come in contact with thousands of people as well as took part in the many office changes.

“When I started the Treasurer’s Office was in the courthouse,” she said. “I also remember when we first got computers and someone in the data department had to train us how to use one since no one had ever been on one before.”

She said the courtyard that separates the courthouse and the Madison County Administration Building used to be Purcell Street and the Bank of Edwardsville later became the building where the current Treasurer’s Office is located.

During her tenure, Ramey has worked as an assistant cashier and as an accounting clerk, which she handled deposits, keyed in financial/account information and balanced daily accounts with the auditor’s office

Ramey said after she retires she plans to focus on her family, which includes her husband Michael, daughters Kacie and Ashley, and her five grandchildren, Savanah, Grady, August, Marley and Amillia “Millie.”

“I plan on doing a lot with my grandkids,” she said. “Spending time with them will be my No. 1 priority. The first thing I get to go do with them is pumpkin picking.”

Prenzler said he wishes Ramey well in her retirement and the public is welcome to stop by the office to say farewell. The county will recognize Ramey’s service during its October board meeting.

Items for the Illinois Business Journal may be sent to Editor Dennis Grubaugh at dgrubaugh@ibjonline.com