IBJ: You were a pretty good success in Nevada. Tell us about your real estate career. 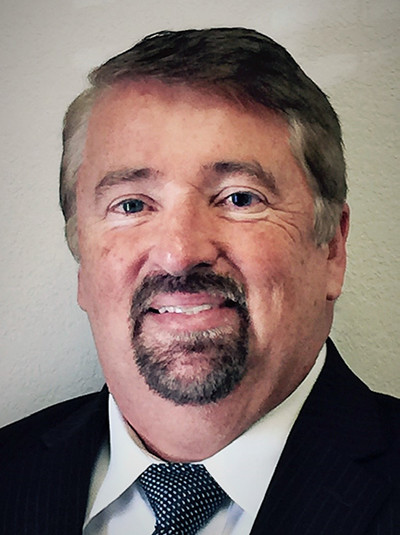 Wigton: My previous career was in Minnesota/North Dakota, and I had moved to California for about two years, thinking that would be a good change. But I didn’t like it. I visited a sister in Lake Tahoe and ended up settling there.  I ran into a guy who said, ‘I think you could do well selling real estate.’ Life takes some funny twists and turns. I went through the schooling and began my career in real estate there.

IBJ: You had no connection with real estate before then?

Wigton: I think with a lot of Realtors it’s like that, a second or third career. I started out during a downturn in the market. I didn’t know any better, and I worked my butt off and was successful from Day 1. Within two years, I was asked to buy into the company that I worked for, and I jumped at the chance. I became a  co-owner and manager of a Century 21 franchise, one of the top 50 in the nation actually. We did quite well for many years.

IBJ: You weren’t affected during the downturn?

Wigton: Absolutely we were. In 2006, things took a noticeable dip. The company took a big dip in earnings, and we stopped paying ourselves as managers, and went back to selling more.
At the same time, I had been through the chairs at both the local association and state association of Realtors. I was  both a local president and a state president. My involvement with the association life was always as a political guy. My degrees were in political science, history and marketing. I love politics. Once I got a taste of that, and all the lobbying we did, the opening came up with the state board of Realtors for the CEO position. My friends in Vegas and my friends in Reno encouraged me to throw my hat in the ring. I accepted that job in 2009 and worked there for about four and a half years or so. Then, I jumped back into sales. I won’t say I was burned out with the association but I got to the point where the stress level was extremely high. I was commuting an hour each way …

Wigton: A really high stress job. You’re being pushed and pulled. It’s one of those jobs where you can’t make everybody happy. I was always on the road. I was either flying to Vegas, to D.C. or to Chicago, wherever. I was on the road 75 days a year.
So I said, ‘OK, I’m going back to sales.’ I did that for a few months before I decided that my true love, my passion really, was association management. The sky is the limit as a Realtor, in terms of what you can make financially, and you’re limited in management. But money is not everything.

IBJ: You can have a lot of say in the industry, too.

IBJ: You’re probably still getting a feel for Illinois. What have you discovered so far?

Wigton: Well, I know a lot of the issues are the same. Everybody’s got revenue problems, taxation problems, trying to keep the wolf from the door. Every state has lawmakers trying to get in your pocket one way or another, through regulation or taxation or service taxes or whatever. I’m starting to learn some of the point-of-sale issues that local and state lawmakers are trying to put on Realtor associations. I’ve got a terrific government affairs director here, Kyle Anderson. He’s bringing me up to speed on the local (issues).

IBJ: Federally, there is always something brewing, too. What’s the big topic these days?

Wigton: Well, there are new regulations being put on real estate that begin in October, from a consumer protection standpoint. They are changing a lot of the paperwork required at closings. The old HUD-1 (settlement statement)? That’s going away. Now, it’s going to be a closing statement that’s a little simpler to understand.

IBJ: All consumer friendly? Not necessarily a bad thing.

Wigton: No, not at all. I’m all in favor of keeping things simple. I mean, I think that’s where we’ve lost our way in this country sometimes (by failing to keep things simple)

IBJ: Don’t you ever lean back to the days of the handshake agreement?

Wigton: You know, I’ve seen real estate contracts go from two or three pages to 11, 12, 13, 14 pages, plus, plus plus, because there’s all kinds of disclosures. The woman I was partners with in Nevada — she’d been around a long time — always talked about writing deals on napkins in the restaurant.

IBJ: What kind of goals do you have for the local association?

Wigton: To narrow the focus. I’m a real focus-oriented guy, and I know trade associations with volunteer boards that change every year or two sometimes get muddled (by changing priorities). We exist primarily to provide
certain key services to our members — Multiple Listing Service, advocacy. Just protecting our members’ interests. And building our membership, building our financial future to the point where it’s very, very secure.

IBJ: How many members do you have now?

Wigton: It’s just pushing up against 1,000. The bulk of it lies here in Edwardsville, Glen Carbon and Collinsville, but it stretches all over the place.

IBJ:  In your prior career you worked in television and radio. Tell me about that.

Wigton: Well, I worked for four years as a radio director in Fargo, N.D. As I was wrapping that up I got an offer to do a morning TV show, a very early morning show. I jumped over to the television side, for a couple of years, then I became their primary political reporter and weekend news anchor. That was really enjoyable, except December, January, February. I remember a stretch where it didn’t get above zero for about 12 days in a row.  I loved my years in broadcast. It was something like the life of a Realtor, in that there was something new every day.

IBJ: How did you find out about this job?

Wigton: There’s a network. It’s an amazing thing. There are about 1,500 Realtor associations across the United States. The turnover of the executives is quite high. Close to 20 percent a year. So there’s roughly 300 of these jobs that open up every year.

IBJ: There’s a lot of frustration, I guess, and frankly a lot of Realtors can make more money by selling.

IBJ: But not everybody can sell real estate…

Wigton: No, they can’t. You don’t have a steady income. You don’t have benefits. You pay for everything yourself. It requires you to buckle down, be disciplined, put away a little something for your insurance and taxes. If you’re not making close to $100,000 a year before all those expenses, you’re probably in the wrong field.
But, you can do that by selling a home or two a month. And the good ones do very well. Some do an incredible amount of business.

IBJ: Any recommendations for those coming up in the business now?

Wigton: Stay current  — from a technology standpoint you have to stay on top of things. Be a people person. I was not a natural-born salesman but I did very well because I was a good listener. Listen to what’s going on at the other end of the desk when they (customers) are telling you what their wants and needs are — and nowadays via  email and texts. You’ve only got one shot to make a good first impression and hold on to that client.