Changes will be costly for business, energy will become unaffordable

By DAVID FROM
Following the announcement of President Obama’s “Clean Power Plan,” Illinoisans have the chance to make their case for keeping bureaucrats in Washington, D.C., out of state decisions. 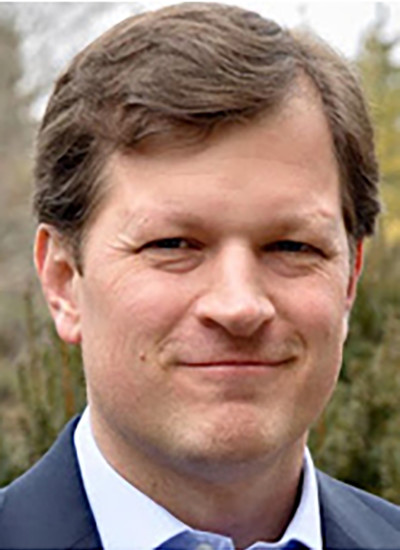 President Obama’s new carbon regulations, enforced by the Environmental Protection Agency, aim to cut carbon dioxide emissions from Illinois power plants by 44 percent over the next 15 years. Illinois ranks as the sixth steepest cuts in the country.
But now, Gov. Bruce Rauner has the choice to submit a plan to the EPA which would implement these regulations. Does Illinois really want to enter into this kind of relationship with the EPA regarding our future in energy production? Gov. Rauner should not submit such a plan.
Let’s start with the economic damages this regulation will cause. By cutting emissions 44 percent by 2030, Illinois will be required to make wholesale changes to our energy grid. This includes shutting the doors on many power plants. These plants will then be replaced with more expensive, and less reliable energy alternatives like wind and solar, which have not been proven on a large scale.
Making these changes will be extremely expensive. It is estimated that it will unnecessarily raise electricity rates by at least 15 percent every year from 2017 through 2031. Another study found that industrial electricity rates would nearly double by 2020 from their 2012 levels.
And while the cost of doing business in the state rises, our jobs and incomes will be negatively affected. The Heritage Foundation estimates these regulations will cost 30,000 jobs in the manufacturing industry alone. And those who keep their jobs can expect to see fewer raises, benefits or a decrease in both.
Illinois can’t afford these regulations. Our state economic growth has been slow, if not stagnant over the last year, and our unemployment rate is above average at 5.9 percent. These carbon emission regulations would hurt our state’s economy.
Unfortunately these regulations aren’t even justified with environmental and health benefits.
The EPA’s data shows the regulations will have negligible impacts on climate change. The agency’s climate models predict it will limit global warming by just 0.018 degrees over the next 85 years. And it will only reduce sea level rise by one one-hundredth of an inch.
Also, there are no health benefits. They ignore the direct link between poorer economic conditions and poorer health outcomes — one the EPA itself used to recognize. Poverty has been linked with myriad health issues, including obesity, diabetes, cholesterol, high blood pressure, and more.
Although the President is quick to cite the poverty-driven health consequences of economic policies, he ignores them when it comes to energy. Carbon regulations will hurt Illinoisans in various ways through unaffordable energy prices.
This is why Gov. Rauner should not submit an implementation plan to the EPA. Such important decisions, like that of energy policy, should be left to elected state officials, who are accountable to their constituents – unlike Washington bureaucrats.
David From is the Illinois state director of Americans for Prosperity, a nationwide organization of citizen-leaders committed to advancing the individual’s right to economic freedom and opportunity. AFP believes reducing the size and intrusiveness of government is the best way to promote individual productivity and prosperity for Americans. For more information, visit www.americansforprosperity.org

COLLINSVILLE — Yvette Paris, design director for Louer Facility Planning,  recently passed examination and earned the certification through the National Council for Interior Design Qualification.
Certification signifies that Paris has met the standards for education, experience and examination for interior designers in North America.
She graduated from San Diego State University with a bachelor of arts in applied arts and sciences and has worked in the interior design field for nine years. She is a Registered Interior Designer in the State of Illinois, LEED Accredited Professional, and is also a professional member of the International Interior Design Association.
Louer Facility Planning is a commercial furniture and interior design firm with an office and showroom in Collinsville.