By DENNIS GRUBAUGH
Three wide-ranging, new businesses are winners of the 2015 Metro East Startup Challenge.
A baby-care products provider came away with the top prize of $15,000 in the second-annual business plan competition coordinated by the Illinois Metro East Small Business Development Center at SIUE.
“What I’m hoping is that this exposes me to the Metro East business community because I really don’t have the connections. It will definitely help with the marketing,” said Agnes Scoville, co-owner of the winning firm, Scoville & Company. 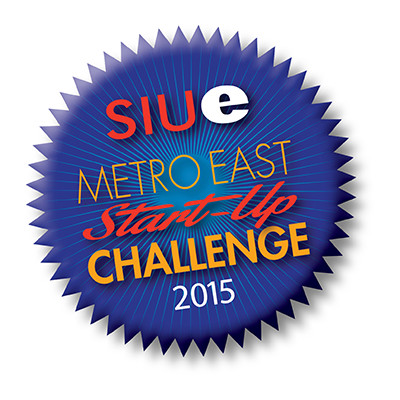 The winners were to be officially announced at the Leadership Council of Southwestern Illinois meeting on Friday morning, Sept. 4, just as this edition was going to press.
In addition to top winner Scoville & Company, which is a regional, product development company focused on solving gaps in pediatric and geriatric care for the home, the two runners-up are:
– Slurv, a Swansea-based sports technology website and mobile app that brings together real-time messaging and information for sports fans; and
– The Stubborn German Brewing Co., a new brewery and taproom in Waterloo.
Each of the two runners-up gets $5,000. The money is provided through sponsors. The top sponsor is PNC Bank.
Here is a recap of each winner, based on interviews conducted prior to the official announcement:

Scoville is a baby products company that empowers home-care givers. Its first product is “Pacidose,” a pacifier through which medication doses can be administered. The company’s already gained recognition on the Missouri side after winning a 2015 Arch Grant in St. Louis.
The product, which is now being sold via Amazon, is a brainchild of the husband-wife team of Anson and Agnes Scoville, who recently moved from Los Angeles to St. Louis.
“I’m an ER doctor and my husband has a business background. For the last 16 years I’ve been taking care of kids in the emergency room as well as my own child,” Agnes Scoville said. “That’s where the inspiration for this device came from because basically it’s very hard to give babies medication.”
The company, which got off the ground in the last two years, is now working on product prototypes beyond Pacidose. The business had just begun percolating when the couple moved to this area, after Anson landed a job here.
Agnes Scoville said she was willing to move but only if Anson helped her with the new business.
“He’s got all the business background and I’ve got the medical background. He understands the nuts and bolts of everything that’s new to me. He’s my main coach and mentor,” she said.
She, on the other hand, is detailed-oriented and customer-focused.
“I’m very much the sunny front,” she said. “He’s the hard-nosed bulldog. He’s the 30,000-foot view and I’m the 3-foot view. He likes the big picture and helps me think along those lines.”
The couple hopes to use its newfound spotlight to get connected to local universities for potential interns.
“It will definitely help with the marketing and such,” Agnes said. “We’d love to be able to expand all over the Midwest, but to do that we need a lot of boots on the ground, in terms of marketing.”

Any ball fan who appreciates a good slider or curve will understand the coined name behind the new computer-based company of founder Erik Beimfohr, of Swansea. Slurv combines elements of fantasy sports, sports talk, messaging and sports information and puts them on a single website, for both desktop and mobile use.
“The biggest hurdle for any business in the technology space is acquiring the early users. A lot of small companies need the money for the advertising and we don’t have that as an early stage startup. (Winning) really allows us to broaden our reach,” Beimfohr said.
He describes Slurv as a collaborative product that allows fans to talk with each other online as they compete in fantasy leagues and reflect on sports developments — all sports, not just baseball.
The site will allow users to pull in favorite sports feeds. Some of the sports sources will be preloaded, he said.
Beimfohr, who is the CEO, and two partners are working full-time on Slurv. After graduating from Illinois College with a degree in finance, he transitioned from being a financial analyst at one company to working in information technology at Boeing. He was an all-conference safety in college and is today a high school football coach.
Beimfohr came up with the initial idea for Slurv and drew in two friends, who, like him, are sports nuts. They are Michael Wagner, who serves as vice president of customer engagement, and James Daw, vice president of sales.
Wagner graduated McKendree College in Lebanon where he was on the golf team. He continued that love as business manager at an area golf course for nearly a decade.
Daw went to both University of Missouri and SIUE and was in various sales or sales management positions before working at a local area sports startup creating, selling and distributing baseball machinery.
Beimfohr said they hope to launch the business just as the next pro football season begins.
Money would be made primarily off advertising and sponsors, he said.
Stubborn German Brewing Co.
Chris and Tammy Rahn offer a friendly husband-wife debate as to which of them is the most stubborn, but they do agree on this: Both bring a German heritage with them to the brewery they are establishing at 119 S. Main St. in Waterloo — a well-known German community.
The brewery, which should open next year, is located on two floors of the Masonic Lodge, and money from the Metro East Challenge will come in handy.
“It’s a 135-year-old building. It seems like every week there’s some new set of expenses that crops up,” Chris Rahn said.
The couple for the last five years have also owned a small automotive shop in town, so they are pursuing two full-time businesses at once.
“I think we work great together,” Chris said. “Some people ask you, ‘How could you work with your spouse?’ I tell them, ‘Well, we are married, it’s not like we don’t like each other’.”
Rahn, who named the operation, figures to be at the brewery one day a week brewing the beer in a three-barrel system, producing about six or seven half-barrel kegs in a batch, mainly German-style ales and lagers.
Tammy Rahn said the prospects excite them both.
“Chris is so passionate about brewing beer and sharing his beer with others. It will be a great thing for downtown Waterloo — the whole town’s excited.”
Chris Rahn said he is glad to be part of a new wave of small breweries in America.
“The generation before us was ‘find your brand of beer,’ and that’s what you stick with your whole life,” he said. The norm throughout history, though, was each city with its own brewery. Somehow, we got away from that in the ‘50s and ‘60s. But now we’re getting back to it.”
The 2015 Challenge invited entrepreneurs and startup businesses from four target industries: information technology, manufacturing, health care and sustainable food. For a startup business enterprise to be eligible, it must have been established after April 30, 2012, and be headquartered in the Illinois portion of the metropolitan area. In Scoville’s case, the company will have to establish a physical presence within the Metro East region, said Patrick McKeehan, director of the Illinois Metro East SBDC and the Challenge administrator.
The Metro East Start-Up Challenge kicked off in April and included three rounds, beginning with a brief questionnaire and executive summary submittal that was open to all applications that met guidelines. Twenty participants selected from the first round were invited to expand to submit a full business plan.
The last round was a “final pitch” in front of a panel of business experts. The $25,000 in cash prizes is an increase of $10,000 over last year’s competition, McKeehan said. The winners are also eligible for in-kind professional services.
PNC Bank is the Challenge’s top sponsor for a second year in a row. Other returning sponsors include University Park at SIUE and the St. Louis Regional Chamber. The Leadership Council Southwestern Illinois joins the Challenge in 2015 as a major sponsor with additional support from the city of Edwardsville, Greater Belleville Chamber of Commerce and SIUE’s School of Business.
McKeehan and his team are already in the planning stage for the 2016 Metro East Startup Challenge and encourage individuals and organizations wanted to get involved to contact his office.