BELOW: Lauren Heischmidt, left, prepares to speak to sixth-graders at Alton Middle School on Friday.

EDWARDSVILLE — Assistant prosecutors with the Madison County State’s Attorney’s Office spent their Friday training caseworkers with the Illinois Department of Children and Family Services and speaking to sixth graders about the dangers of sexting.

Assistant State’s Attorney Samira Khazaeli, a prosecutor in the Children’s Justice Division, Juvenile Abuse & Neglect, led a training to provide DCFS caseworkers with basic knowledge about testifying in court, including how to prepare and what they should expect during hearings. The training included mock trials and discussions and featured not only assistant state’s attorneys, but also an assistant public defender and special defenders. Associate Judge Janet Heflin also participated in the testimony training. 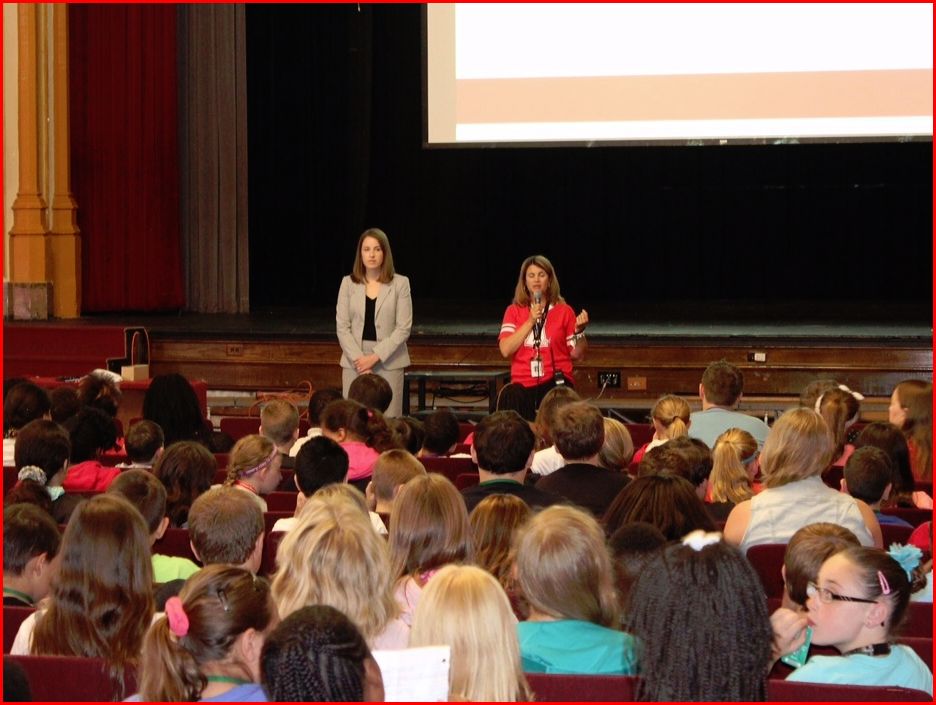 Another assistant state’s attorney from the Children’s Justice Division, Juvenile Delinquency, Lauren Heischmidt, gave a presentation to sixth graders at Alton Middle School on the dangers of sexting. Prosecutors have been speaking to schools throughout the Madison County on the topic, stressing the possible consequences of sexting.

State’s Attorney Tom Gibbons is a proponent of his prosecutors reaching out to various groups such as caseworkers, children and police officers.

“We have an opportunity to educate people and I’m hopeful that the more information we can provide to them, the better, more informed decisions they will make.”

In 2013, Gibbons announced the creation of a Children’s Justice Division within his office in an effort to better coordinate his office’s response to cases involving the children of Madison County. The division works closely with the County’s Child Advocacy Center, the U.S. Attorney’s Office and the Illinois Attorney General’s Office. Assistant State’s Attorney Kathleen Nolan is the head of the Children’s Justice Division.