By ALAN J. ORTBALS
Mary Lamie, the former Illinois Department of Transportation Region 5 director of highways, will put her experience to good use as executive director of the new St. Louis Regional Freight District. 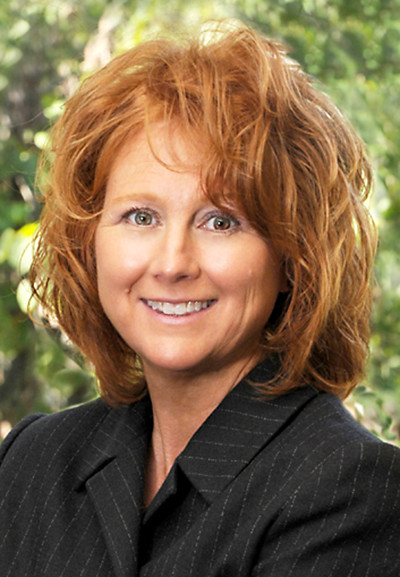 “I think the St. Louis region has a lot to gain from this, from an economic development perspective,” said Lamie, who began the job July 1. “The support has been absolutely remarkable and I think everyone recognizes the tremendous opportunity we have as a region.”
The new district has been created as a division of the Bi-State Development Agency, dba Metro.
John Nations, president and CEO of Bi-State, said that the idea for the freight district goes back to MAP 21 (Moving Ahead for Progress in the 21st Century Act) which was enacted by Congress in 2012. It was the last in a long line of transportation funding bills, but it included for the first time a focus on freight movements around the country.
The state DOTs were tasked to conduct freight studies and the East West Gateway Council of Governments conducted a St. Louis regional freight study that was published in the summer of 2013. That study gave you all you wanted to know about freight in the St. Louis area and then some, according to Nations. It also elicited a realization that St. Louis was particularly well situated to take advantage of this initiative. It’s the farthest point north on the Mississippi River unobstructed by locks and dams. It’s served by six of the Class 1 railroads, four interstate highways and has excess airport capacity.
“We realized that we have a lot of freight moving through St. Louis — some of it starting here; some of it stopping here — but over half of it was simply moving through,” Nations said. “We started wondering why freight wasn’t doing better in St. Louis and why there isn’t more development around freight. That led to the question of, ‘Whose job is that?’ So the number one recommendation that came out of the freight study was the idea of a freight district with someone working 24/7 looking for the opportunities and overcoming the challenges to further develop St. Louis as a freight hub.”
A special meeting of the Board of East West Gateway was held in March 2014 to examine the study, Nations said. That meeting resulted in staff being instructed to act on the recommendations in the study.  A freight working group that spanned the bi-state region was formed, chaired by Jim Wild, executive director of East West Gateway. That group recommended that the new freight district be created as a division of Bi-State. The recommendation was approved at the meeting of East West Gateway last September.
“I’ve been part of a lot of working groups in my years,” Nations said, “but this was one of the best I’ve ever been a part of — a lot of smart, technical people who devoted a lot of their time, energy and expertise. There were no wallflowers in the group.  Everybody contributed to make the whole thing better.”
While many people think of Bi-State as simply a regional purveyor of bus and light rail transit, it’s far more than that, according to Nations.
“Bi-State is uniquely empowered in this region to perform this function,” Nations said. “We are the region’s only regional implementation agency. We were specifically chartered by an Act of Congress signed into law by President Truman. In fact, we were formed to be an economic development company.  We didn’t even get into transit until 1963 when it was one of the issues the region asked us to solve. In April of 1963 we purchased 15 separate transit companies to consolidate them into what is now known as the Metro system, but it is only one of our businesses — our biggest one — but only one.  We also operate the tram system that takes visitors to the top of the Arch. We own St. Louis Downtown Airport in Illinois. We bought it in 1964 after it had gone broke and closed. It is now the third busiest airport in the state of Illinois behind O’Hare and Midway in terms of aircraft movement.”
Bi-State has the power to buy and sell property, use eminent domain and issue bonds to finance operations and development. It covers the city of St. Louis plus St. Charles, Jefferson and St. Louis Counties in Missouri and Madison, Monroe and St. Clair counties in Illinois. The freight district will follow that footprint but also seek to add Franklin County in Missouri. The overall goal of the freight district, Nations said, is to increase the opportunities and promote economic development around freight movement in St. Louis.
“Three years ago I was invited to a meeting in Des Moines, Iowa,” Nations said. “There were about 30 people in it — representatives from Iowa, Nebraska, Kansas and Missouri. There were no elected officials; it was state departments of transportation, vice presidents of railroads, the trucking industry and the like. The thing that got my attention was one of them said that they were very glad that St. Louis was represented at the meeting because St. Louis could be the key to the heartland of the country in the 21st century.”
Lamie agrees that there is huge potential for the growth of freight and freight related business in the St. Louis region. She said she intends to start by gathering more information about what businesses already exist in the region that work with freight, what they do, how they do it, and what they need to do more of it. The idea would be to form public-private partnerships, using public and private dollars to pursue infrastructure improvements and initiatives.
“We have a great multi-modal transportation system,” Lamie said, “and with anticipated growth in freight volume over the next 25 years — which is estimated at about 60 percent — we think the St. Louis region has a lot to gain. Our goal is to maximize our existing businesses, attract new businesses, spur economic development and grow jobs.”