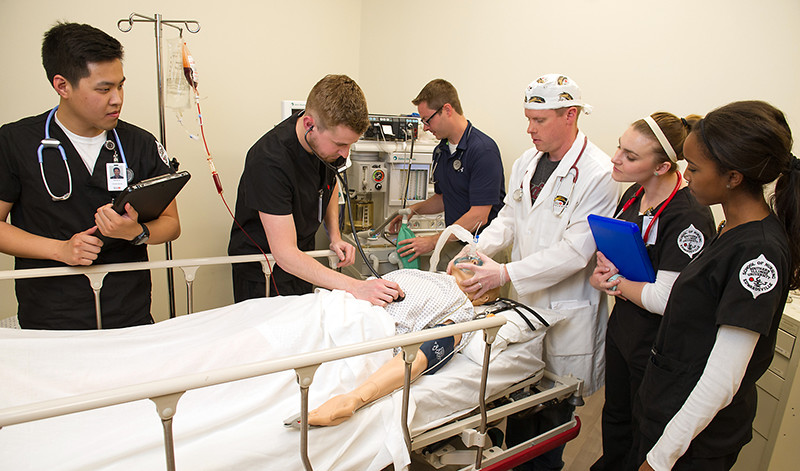 Millions of baby boomers are preparing to exit the workplace, and nurses are leaving with them.
The result could be a calamity in the health-care industry if not enough men and women enter the field in coming years, some say.
Illinois may soon face a shortage of registered nurses across all specialties, as an aging workforce readies to retire, according to a survey by the Illinois Department of Financial and Professional Regulation – Illinois Center for Nursing.
Nursing schools in Southwestern Illinois have been reacting to the shortage for years, stepping up their programs to meet the growing need.
Conducted during the 2014 Illinois RN licensure renewal period and released this year, the workforce survey was structured to capture data on the demographics, education and practice focus of RNs in Illinois. More than 90 percent of individual RNs completed licensure renewal via the on-line platform. The voluntary survey was completed by 52,902 RNs, representing 31 percent of the total RN population in Illinois.
The results confirm what has long been a worry for some professionals.
“Approximately 40 percent (of the respondents fell) in the 55 to 65 age bracket and had plans to retire in the next five years,” said Dr. Laura W. Bernaix, a registered nurse and interim dean and professor in the School of Nursing at Southern Illinois University Edwardsville. “This similarly mirrors the national statistics that indicate we’re going to be seeing a reduction in the RN workforce.”
In 2013, 55 percent of the RN contingent nationally was 50 or older, she said.