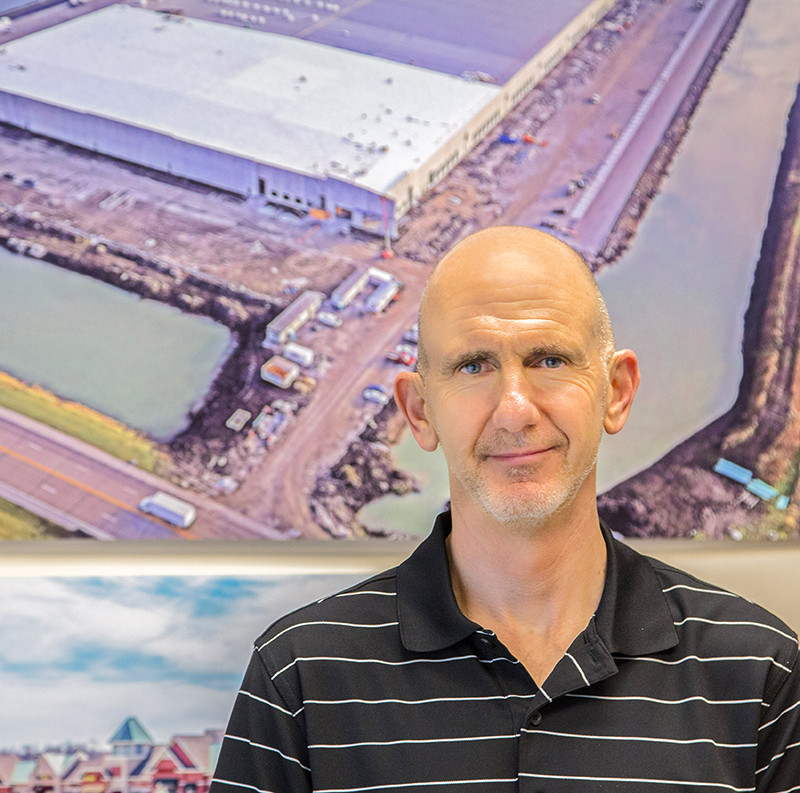 St. Louis developer Mike Towerman got his first look at the land on which Gateway Commerce Center sits in 1992, years before a single wall had been constructed. He admits he underestimated the potential.
“A friend of mine sent me over to look at an opportunity at that very interchange — the radio tower property owned by KXEN,” he recalled. “It had a sign on it: ‘70 acres for sale.’ I thought, ‘What is anybody going to do with this?’”
Little did he know at the time, but Towerman had stumbled onto one of Metro East’s biggest secrets — wide open spaces, just waiting to be developed. Today, 17 buildings later, the answer is pretty clear as to what can be done with the land.
Few could have predicted the economic bastion that Gateway Commerce Center would become. The sprawling logistics empire is the envy of many developers in the Midwest, a hub of warehouse and support businesses from which goods are delivered or shipped around the country. A significant benchmark in the history of the operation was reached this past month when ground was officially broken on an 18th building — the first to be constructed east of Illinois 255, in the Edwardsville portion of the complex. The $30 million, 717,060-square-foot spec building is being constructed on 53 acres by Contegra Construction Co.
Gateway Commerce Center is bordered, generally, by Chain of Rocks Road to the south and almost to New Poag Road to the north. Running through the heart of it are two north-south arteries, Illinois Routes 111 and 255. Six of the warehouse buildings, plus the Flying J truck stop and a truck maintenance operation, are in Pontoon Beach. The rest are in Edwardsville.
The vision for Gateway began with Rod Thomas, the former owner of Thomas Construction Co. in St. Louis, who was intent on developing industrial parks in both Missouri and Illinois when he and Towerman, a shopping center developer, linked up in 1996.
“Rod and I had become acquaintances. Rod had a vision to build two industrial parks,” Towerman said. One was Park 370, along Highway 370 just north of Earth City in suburban St. Louis. The other was a project Thomas had his eye on just outside Granite City, along Interstate 270. He was in the process of assembling ground through farm options. Towerman joined Thomas on Nov. 1, 1996.
“The arrangement was that Rod had the vision and he had the desire and he had the money to launch the projects, but he didn’t have the experience or the time to implement them, and that’s kind of where I came in,” Towerman said.