BELOW: Adam and Laura Stumpf

Stumpf’s concept of a grain-to-glass vodka and whiskey operation is finally coming to fruition. Stumpy’s Spirits Co. is set to produce its first thousand gallons from distillery equipment that he procured in Colorado, transported to Southern Illinois and reassembled. 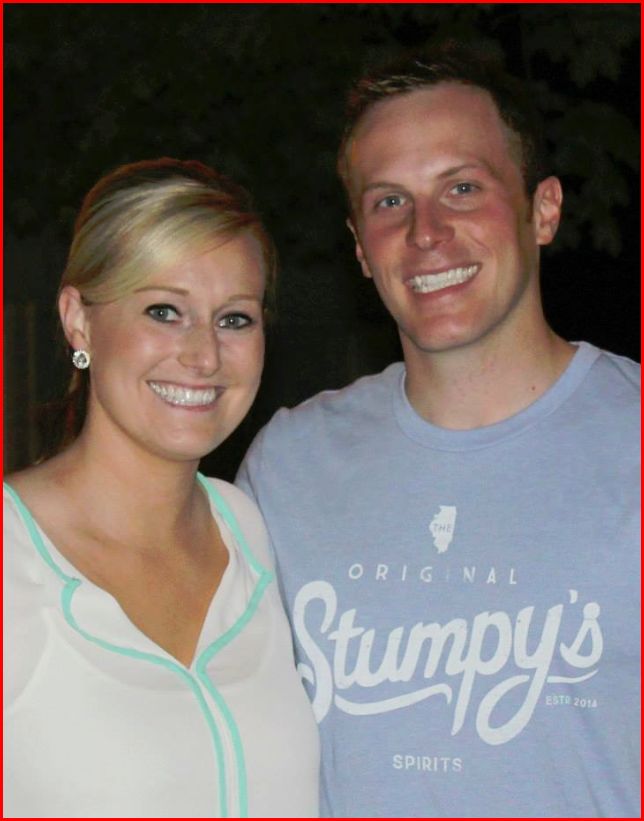 Stumpf is a self-proclaimed “beer nerd,” who years ago teamed with fellow University of Missouri-Rolla engineering students to design an automated brewing system. He worked for Anheuser-Busch InBev for four years and earned an MBA at Washington University. Launching his distillery business, Stumpf says, is a natural progression.

“It’s first and foremost a family venture,” says Stumpf, noting that his wife, Laura, and the rest of their family have worked for more than two years preparing to distill and market vodka, white whiskey and bourbon. A total of 10 acres on the family’s seventh-generation 4,000-acre farm in Columbia is devoted to Stumpy’s Spirits.

“I always thought I’d start a craft brewery,” said Stumpf. “But after trying my hand at distilling, we fell in love with it. We started crunching numbers and putting a business plan together in the spring of 2013, and Stumpy’s Spirits really began to take shape. At that point, we formed a corporation and have been on a roll ever since.”

Stumpf’s company gained additional momentum when $5,000 was awarded in the Metro East’s first regional business plan competition organized by the Small Business Development Center at SIUE. Stumpf used the winnings to build his distillery, which began producing test batches of vodka and white whiskey this past April. Recently, the business began cranking out 500-bottle batches and plans to sign with a distributor this month.

“Literally everything we’re using in production is being grown on our family farm (in Columbia, Ill.),” Stumpf said. “The most exciting point in our timeline was the first time we distilled, and seeing the first drip of liquid was incredibly rewarding.”