ALTON – Alton Legion Post 126, the Host Committee, and the city of Alton have made a concerted effort to make sure that the upcoming American Legion Great Lakes Regional Baseball Tournament doesn’t overlook an opportunity to honor military families, veterans and wounded warriors.

Several special guests will pay tribute at celebrations being held during the six-day event, Tuesday evening, Aug. 4, at the Tournament Banquet, through closing ceremonies, Sunday, Aug. 9. 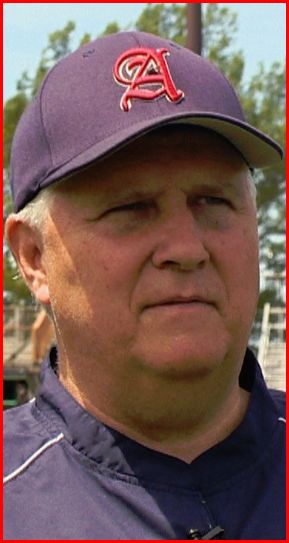 “This tournament puts our community and our program on a national stage,” Dennis Sharp (top right), Metro East Bears general manager explained. “None of it is possible without the support of the business community.”

Major contributions from: Simmons Hanly Conroy, LLC, Roberts Ford, and Edison’s Entertainment Complex have led the campaign that enabled the event to take place. A generous field infrastructure investment from Vern Van Hoy to upgrade the field provided the Lloyd Hopkins facility with a tournament quality playing surface. Other infrastructure improvements are being addressed by the city of Alton.

“Every gift from every business has been essential in making this tourney a reality,” Sharp said. “Some people support baseball, some support the American Legion, some support the facility, but universally, everyone pays tribute to the freedom we have to play the game and live a wonderful quality of life.”

All proceeds will cover tourney costs and help with expenses for the 2016 Great Lakes Regional, also being hosted by Post 126.

“From a financial perspective, the estimate for the regional tournament is $750,000, for those four or five days of it being here,” explained Alton Mayor Brant Walker. “That is a significant economic impact for our community.”

Citizens in the St. Louis area and throughout the Midwest can witness first hand the American Legion’s community impact, as the Metro East and Alton,

From Aug. 5 through 9, eight teams (160 players), plus coaches, and supporters from Illinois, Indiana, Kentucky, Ohio, Michigan, and Wisconsin will call Alton home. Each team competes for a trip to the American Legion World Series (ALWS) in Shelby, NC. By hosting the tournament, our own Metro East Bears receives an automatic bid to participate in the event. All games are played at Lloyd Hopkins Field, located in Gordon Moore Park along Illinois Route 140 in Alton.

The tournament opens with the first game on Wednesday, Aug. 5, at 10 a.m. The opening ceremony will include appearances and remarks by American Legion representatives, active military personnel, veterans and local officials including Alton’s mayor.