Koishor has been a strong supporter of United Way for many years as a donor, board member, executive committee member and volunteer. 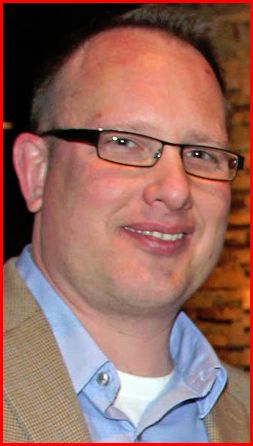 In addition, Koishor (left) has played a critical part for the past nine years in the annual Scott Credit Union Golf Scramble, which solely benefits United Way. This year’s scramble raised nearly $25,000.

“Serving the community is very important to me and to Scott Credit Union,” Koishor said. “United Way is an outstanding organization that supports many agencies and causes in our local community all at the same time, and I’m honored to play a role in helping people live their best possible lives as the 2015 campaign chair.”

“It always impresses me how generous people are with their time, talents and treasure through United Way when those in our community need help,” Koishor said. “Being involved with United Way has an incredibly positive impact on my life getting to work with such inspiring people who are stepping up and truly making an impact. Seeing the difference United Way and its partner agencies make for the better in our community is something I want to be a part of each and every day.”

Suzanne Sitherwood, president and CEO of The Laclede Group, Inc., and Sue McCollum, chairman and CEO of Major Brands, Inc., will serve as co-chairs of the overall 2015 United Way of Greater St. Louis campaign.

Koishor has served in several leadership roles with the Southwest Illinois Division of United Way of Greater St. Louis for the past few years, including being a member of the auxiliary board of directors since 2012 and its executive committee. He also served as the 2014 campaign vice-chair and as a volunteer for Community Christmas, which is United Way’s annual holiday donation drive to benefit those in need throughout the Riverbend. With his new appointment as the 2015 Southwest Illinois Division campaign chair, Koishor will also serve on United Way of Greater St. Louis’ campaign cabinet.

He lives in Highland with his wife Debbie and their three children. In his spare time, Koishor enjoys coaching his two sons’ baseball teams and attending his daughter’s basketball and soccer games.