GLEN CARBON – Rob Wigton from Carson Valley, Nev., has been hired as chief executive officer of the Greater Gateway Association of Realtors. 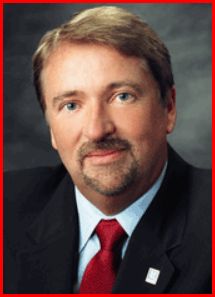 Wigton, whose start date was July 1, has been a longtime Realtor and management consultant, specializing in selling and listing residential and commercial real estate with investor clients, Linda Wheaton, chairman of the Greater Gateway board, said in a letter to membership.

From 2009-2013 he was the CEO of the Nevada Association of Realtors. While there, he grew the association’s asset position from $5.9 million to $10.1 million. From 1997-2009, he was the co-owner/manager of a leading real estate firm in northern Nevada where he managed and coached a 45-person sales staff and led a six-person front/back office staff. At the same time, he maintained a strong sales production resume, with more than $100 million in personal residential/commercial sales.

“Communication is my strong suit. Having worked on both sides of association life, as a member and as CEO, I understand the dynamics of the staff/member relationship,” Wigton said.

Wheaton said Wigton was chosen based on recommendation of a search committee.