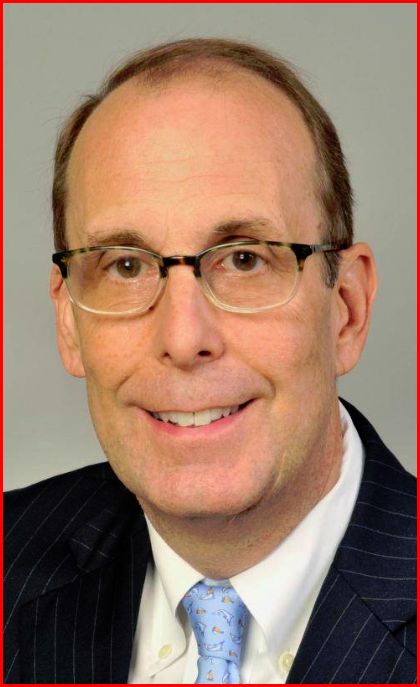 Otto (left) will lead the market in company-wide efforts and activities, and will direct commercial banking in the St. Louis metropolitan area.

On the Illinois side, the market area includes Madison, Monroe, Macoupin, Clinton and St. Clair counties.

St. Louis native, Otto has more than three decades of banking experience in the region. He joins U.S. Bank from Bank of America, where he most recently served as president for St. Louis and Missouri and gained extensive commercial banking and wealth management experience in many leadership roles.

“U.S. Bank has a long history in St. Louis. We are the largest bank in the market and it’s important that our leaders are engaged in the community,” said Richard Davis, chairman, president and chief executive officer of U.S. Bancorp. “Larry is regarded highly in the banking industry and throughout his career he has demonstrated a commitment to giving back to the community. We’re pleased to welcome him to U.S. Bank.”

Active in the community, Otto’s work with local organizations includes serving as a member of Civic Progress, board chair for Variety the Children’s Charity, board member for St. Louis Children’s Hospital Foundation and board member for the St. Louis Public Library Foundation. Just last month, he was recognized as “Community Champion” by Father’s Support Center, St. Louis.

“I chose to be a banker three decades ago because I viewed the profession as a way to help people, businesses and communities achieve their goals. I look forward to this new opportunity to do so with U.S. Bank,” Otto said.

Otto grew up in Clayton, Mo., and attended St. Louis Country Day School, later earning a bachelor’s degree from Duke University. He now resides again in Clayton with his wife, Jill, and they have two daughters.

U.S. Bank’s local history dates back to 1855 when State Savings Institution opened in St. Louis and later became part of U.S. Bank by way of Mercantile. Today, U.S. Bank says it is the largest bank in the market, with 116 branches and more than 4,000 people locally.

Imbs, also a St. Louis native, spent his nearly four-decade career with U.S. Bank prior to his retirement last month. Imbs now serves as a member of U.S. Bank’s local advisory board.