Yes, more workers would qualify to receive the pay they deserve

EDITOR’S NOTE: The U.S. Department of Labor has proposed a rule to extend overtime protections to millions more workers. Under current rules, employees making up to $23,660 a year are automatically entitled to overtime pay when working more than 40 hours a week. Managers and professionals who make more can be declared exempt from overtime under certain conditions. The update would raise the wage threshold to $50,440 a year. On this and the following page are opposing points of view.

By ROSS EISENBREY
Hardworking, middle-class Americans have seen their wages stagnate in recent years while, for the most part, the benefits of the economic recovery have gone to the wealthy few. 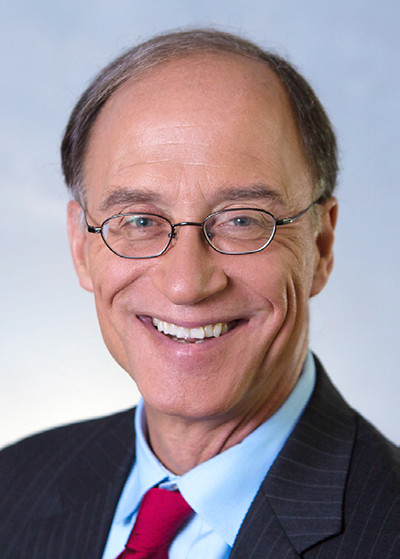 This weakening of the middle class is hurting our economy because so many people who work hard are not seeing their hard work pay off — and they aren’t making enough to spend enough to keep the economy growing.
Right now, the overtime salary threshold for workers in the United States is just $23,660, which is below the poverty line for a family of four. This means that if you’re earning above this threshold, you can be required to work 60 or 70 hours a week with no expectation of overtime pay — not time-and-a-half pay or any pay at all.
Raising the overtime pay threshold is an important way to make sure that workers with modest salaries are being paid what they earn. A higher threshold will mean that more people are compensated fairly for all of the hours they actually work — especially the aspiring, stressed-out middle class earning between $23,660 and $50,000 a year.
It used to be that most low- and middle-income salaried workers got overtime pay when they worked long hours — the exemptions were intended only for the bosses, the executives and administrators and certain well-paid professionals.  But the rules governing overtime pay were weakened over the last 40 years, and now most people think that simply earning a salary means no overtime pay.
In 1979, 12 million salaried workers were guaranteed overtime pay, but today, only about 3.5 million are guaranteed it. Had it kept pace with inflation the 1975 overtime threshold would be than $52,000 today, about equal to the U.S. median household income.
The Obama administration is updating the pay threshold for overtime pay to bring it up to date with 2015 realities, a key step that will help ensure that we have an economy that works for everyone. On June 30, 2015, the Department of Labor issued a proposed rule that would raise the overtime threshold to $50,440 in 2016.
As President Obama explained in the State of the Union, “We still need to make sure employees get the overtime they’ve earned.”
Raising the overtime threshold can help make sure that middle-class workers are paid fairly, unlike the many retail managers I’ve heard from who worked an extra 20 to 50 hours a week without any compensation. Several of them tell of being so worn down that they ended up injured or disabled. If implemented, the Department of Labor’s proposed rule would guarantee an estimated 13.5 million more workers the right to receive the overtime pay they deserve.
CEOs are benefiting from increased worker productivity, but workers are not. Since before 1980, worker productivity has steadily increased, but inflation-adjusted wages for most workers have been flat while CEO pay at the top 350 corporations increased 1,000 percent.
When you hear businesses complain about the proposed overtime rule, ask how much their CEOs make and ask what their corporate profits are. Corporate profits have soared to all-time highs, while workers’ wages have flattened.  In fact, corporations are spending 91 percent of their earnings on stock buybacks and dividends, when they should be paying their employees fairly and investing in the future.
Updating overtime pay rules is one step toward making sure that anyone who works hard in this country will get ahead.  If you work hard all day, you should make enough to live on — and by updating the overtime pay rules, the Department of Labor will ensure that salaried workers who make less than $50,440 either make more or get to spend more time with their families.
In addition, the updated overtime pay rules will mean that part-time workers, many of whom want more hours, will get more work hours and bigger paychecks. More money will flow into the economy when these lower- and middle-class workers have more to spend.
The Department of Labor is asking the public to weigh in on the overtime rules. If you think that workers who work long hours should get paid extra then please file comments with the U.S. Department of Labor at: www.fixovertime.org/epi.
Ross Eisenbrey is vice president of the Economic Policy Institute.