No, overtime proposal would erode pathway to careers

By MATTHEW SHAY
The Obama administration’s proposal to expand overtime isn’t law yet, but it certainly resembles one –  the law of unintended consequences. 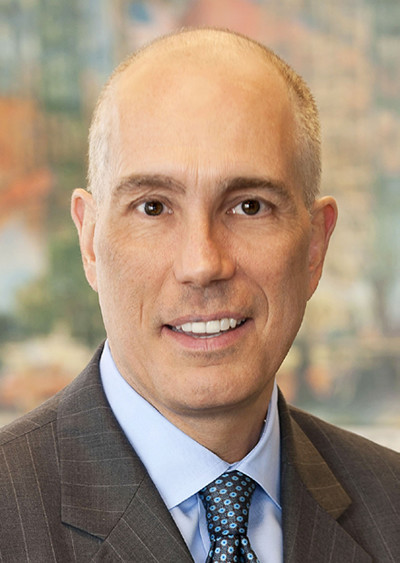 The administration has been selling the proposal under the guise of increasing income for store-level managers and expanding the middle class. The truth is that the plan would severely hamper retailers’ ability to provide a ladder to success for those looking to build a career. In fact, the proposal could force thousands of full-time career positions to be downgraded to part-time while doing little to increase most workers’ take-home pay.
Under current regulations, workers making up to $455 a week are guaranteed overtime pay when they exceed 40 hours a week. Managers making more can be declared exempt but only if they meet conditions such as having supervision of other workers as their primary duty. Under the proposal, the salary threshold would be more than doubled, to $970 a week. And the administration is asking for comments on whether new restrictions can be placed on how much time managers can spend on non-supervisory duties and still be exempt.
The proposal seems expressly targeted at retail. It would cost many store managers and assistant managers their exemption from complicated overtime rules and keep them from doing what it takes to make their stores successful.
For career-oriented managers, staying late isn’t a punishment – they think big-picture and know it’s an opportunity to wrap up loose ends or get a jump on the next day. Opening an extra cash register or helping a customer find an item increases store sales. Cleaning a bathroom, if it comes to that, boosts the store’s image. All of these actions improve a store’s performance, and managers whose stores have good performance receive bonuses or get promoted. So, even if an extra hour of work doesn’t bring an immediate extra hour of pay, it pays off far more in the end.
Under the plan, more than half a million career-path managers could become hourly workers. Retail companies would rely more on technology, which allows fewer managers to exert greater control, with the opportunity to move up diminished. And with mid-level professional ranks hollowed out, the retail industry’s pipeline of talent to be promoted from within would dry up.
It’s not surprising then that the majority of retail managers oppose overtime expansion. A survey conducted by research firm GfK found 81 percent said it would impact customer service and three-quarters said it would diminish the effectiveness of their training and undermine their ability to lead employees by example.
Another study from Oxford Economics found the proposal could add as much as $9.5 billion to payroll costs if fully implemented. But with the pool of payroll money limited in the still-tight economy, the study said most employers would be forced to lower base wages and reduce hours or benefits, with few workers seeing any net increase in bottom-line income. In addition, the proposal could result in nearly $1 billion in administrative costs – money that otherwise could go to job creation.
The Oxford study found overtime expansion could create more than 100,000 new jobs – but this is one time when job creation is not good news. Rather than paying time-and-a-half, retailers could be forced to split good full-time jobs in two, so the new jobs would all be part-time positions.
The administration seems to be under the impression that they can expand the middle class by government mandate, but there simply isn’t any magic pot of money that lets employers pay more just because the government says so. Retailers also want to grow the middle class. But they believe careers are the path to success, not time clocks.
Matthew Shay is president and CEO of the National Retail Federation in Washington, D.C.

WASHINGTON, D.C.  – The ascension of a former Scott Air Force  Base commander into a top Pentagon post could bode well for Southern Illinois.
U.S. Reps. Rodney Davis, R-Taylorville, Mike Bost, R-Murphysboro, and John Shimkus, R-Collinsville, all applauded the Senate’s recent confirmation of Gen. Paul Selva as the vice chair of the Joint Chiefs of Staff and Gen. Darren McDew as the commander of the U.S. Transportation Command at Scott Air Force Base:
“Both have exhibited exemplary leadership while at Scott Air Force Base and we look forward to working with them as they assume their new leadership positions,” they said in a joint statement.
Selva was the head of TRANSCOM. That could be meaningful in any discussions on the future of Scott AFB.