GRANITE CITY – At its monthly meeting Thursday, the Madison County Transit board of trustees approved a plan to adjust its bus fares for the first time since 2009.

The board also gave permission for staff to host a second round of public meetings in July to gather feedback on a Phase Two adjustment, which would take effect in November. Proposed Phase II adjustments would include the development of new fare products, a revised structure for MCT’s fare boundaries, the elimination of transfers and route specific fare modifications.

Here is the new schedule of fares: 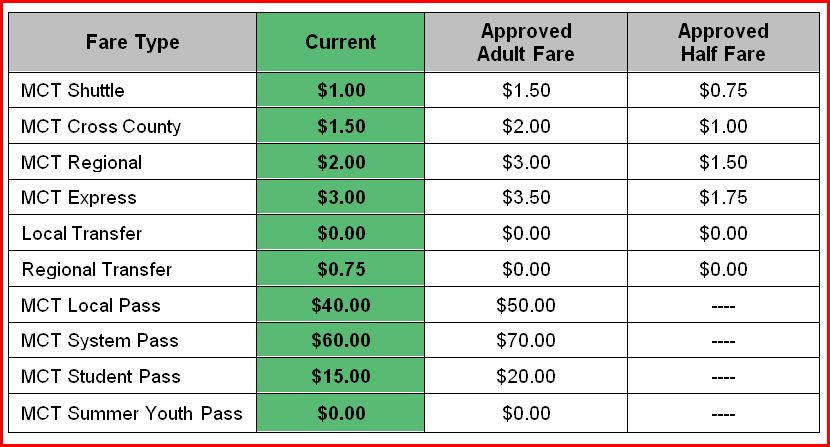