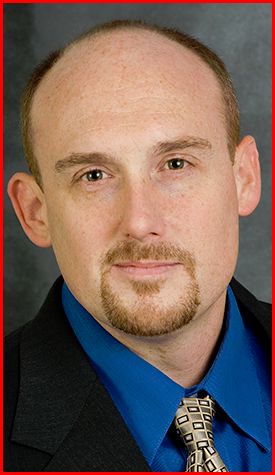 The SIUE School of Pharmacy research team, comprised of medicinal chemists, pharmacologists and pharmaceutics experts, will use the funding to develop a drug for the treatment of Alzheimer’s disease.

“The National Institutes of Health has placed a significant amount of responsibility in our hands,” said Dr. Ken Witt, (left) principal investigator and associate professor in the School of Pharmacy. “Now, we can truly make things happen. Securing the funding is merely putting needed fuel in the tank and getting those tires moving faster.”

“Receiving the NIH RO1 grant sets the stage for Dr. Witt and his team to develop breakthroughs in Alzheimer’s treatment,” added Gireesh Gupchup, dean of the SIUE School of Pharmacy. “This further emphasizes the School’s commitment to research and drug discovery.”

Initial investigations by the research team began more than ten years ago. Dr. Witt notes the program has now reached a critical point as it begins a period of developing, testing and retesting various drug candidates in a series of early stage models.

“While this process is admittedly complex when viewed from the outside, it is actually highly regulated and based on well-established criteria for moving drugs forward, and eventually getting them to early stage human trials.”

An estimated 5.3 million Americans are battling Alzheimer’s disease, identified as the nation’s sixth leading cause of death with no cure and limited means of treatment. The enormous impact of this devastating disease was highlighted in President Obama’s State of the Union address, in which he targeted it as a research priority.