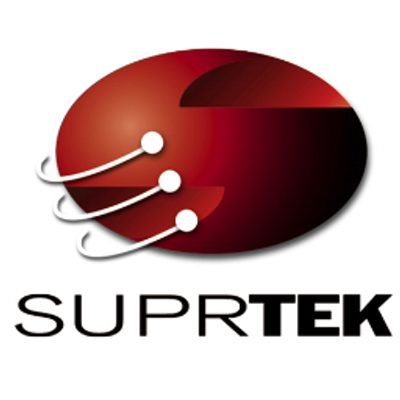 O’FALLON — A relatively small player in the software development industry is eyeing a huge piece of business in the skies as it fulfills a giant contract for Scott Air Force Base.
The end result, which will play out over the next five years, could well determine the future direction of an IT company with a code-like moniker. The firm is SuprTEK, or more formally Superlative Technologies Inc.
In November, SuprTEK won a contract to perform IT services for Air Mobility Command at Scott. For the next five years and for $12 million a year, multiple eight-person teams from the company will tackle software projects assigned by AMC.
It’s the largest contract in the 19-year history of the company, which bills itself as a Small Disadvantaged Business, a self-certification that makes it eligible to compete for certain federal contracts.
The company, which had limited presence in O’Fallon prior to winning the contract, now has a substantial one — leasing a 14,000-square-foot building on Pierce Boulevard, hiring dozens of team members and spending several hundred thousand dollars on computer equipment.
“It feels a lot like a startup,” Technical Lead Jeff Peterson said of the enthusiasm in the building.
Company executive Ron Howard said the firm was expecting to have around 70 employees in place in O’Fallon at the end of May.
“We started from scratch,” he said. “If we execute, which we plan to, we expect to eventually maintain around 100 FTE.”
Howard is assistant vice president of Solution Engineering and Development and oversees the division that is executing the Scott AFB contract. He came to SuprTEK as a result of the new contract, after engineering and software-development stints with McDonnell-Douglas, Edward Jones, Enterprise and NCI. SuprTEK called him last fall while he was laid off and made him its first local employee, working initially at Scott.
Since then, SuprTEK has gotten three additional, smaller contracts at Scott and established the O’Fallon site.
Landing the largest of the contracts was a coup because there was a lot of competition for it, Howard said.
SuprTEK provides IT engineering and professional service to government and industry customers. According to its website, it specializes in strategic business planning and management; information security and assurance, IT solution engineering and delivery, IT operations management, health IT, service center operations and system integration services.

Since 1996, the company has executed a multitude of contracts ranging from short-term management consulting engagements to fully-managed IT outsourcing efforts.

SuprTEK is frequently called upon as a cybersecurity provider, “one of the hottest things going right now,” Howard said.
SuprTEK has other offices across the country that in the past five years have performed on more than 50 contracts for entities that included the U.S. Navy, the U.S. Army, Defense Information Systems Agency, Department of Justice, Environmental Protection Agency and intelligence groups. The company is privately owned by Brandon Park, of Washington, D.C.
While SuprTEK has several specialized technology divisions at the O’Fallon office,  Howard’s unit is devoted to solutions that effect all of the divisions and cuts across multiple technologies, he said.
In 80 percent of its projects, including the large one at Scott, SuprTEK serves as prime contractor. It is partnering on tech support on this project with two other companies, Science Applications International Corp. (SAIC)  and Tapestry Solutions, a subsidiary of Boeing.
The contract calls for SuprTEK to do “agile software development” for Air Mobility Command. Agile development is a new methodology the industry is following that allows customers to be a more integral part of the team and provides the flexibility to meet the customer’s changing priorities, ensuring a better chance of success.
“You get a rapid buy-in of what the user — the customer — actually wants,” Howard said. The majority of software contracts fail in part because of a lack of frequent and transparent communication, he said.
Right now, SuprTEK is working on building a Resource Finder application that will enable Air Mobility Command to dynamically re-plan missions and manage aircrews during the execution phase. Much of that procedure is now manually intensive, and AMC is wanting to develop a system that makes it easier to change missions, move aircrews and communicate between air bases.
“We have a group at Scott AFB that manages missions all day long, every day. worldwide. They are excellent at what they do,” said SuprTEK Business Analyst Wayne Keiser. “They’ve very good at fixing problems but what a human is not very good at, is seeing the domino effect eight missions down. That’s what this (application will do). It shows eight steps down the road what could happen — as well as just today,”
Keiser pointed out that something as simple as an East Coast snowstorm could disrupt the military aviation schedule around the world. In redirecting personnel or aircraft, schedulers have to be aware of such things as work hours, airfield availability and fueling sources. Nothing is routine.
“The nature of what the military does is not routine. If it was routine it would be a civilian mission, not a military one,” Keiser said.
Military missions can involve medical, military, equipment or people delivery, from hauling cargo to hauling VIPs.
As part of the team on this project, Keiser helps convert AMC requirements into technical speak so that the developers know how to design their application.
One of the two initial apps being worked on by SuprTEK is scheduled to be released for government testing in early June, and the next in late August. A previous company, based in South Carolina, had the contract for a couple of years and had made substantial progress on two of the first apps before turning it over to SuprTEK when the decision was made to rebid the contract to a more local contractor, Howard said.
To say the work is complex is an understatement. The writing of the code involves some 70-plus computer technologies. Not every person knows every technology, but every person is at least a specialist along the way.
“We’ve got people I’d put in the genius category,” Howard said. “We made a conscious decision to hire very, very talented people.”
Many — but not all — of the workers have a military background. A clause in the contract mandated that SuprTEK have an operation no farther than 20 miles from Scott AFB, which eliminated St. Louis as a location and made it possible to hire a few more Scott veterans. One of those is Greg Schwartz, a retired colonel from the U.S. Air Force and a former pilot of C-17s, among other aircraft.  He’s in charge of business development, seeking out opportunities for additional contracts under Howard’s division.
SuprTEK hopes to gain a foothold with other Air Mobility Command units here and across the country by going above and beyond in execution of its current contract, Howard said.
To understand SuprTEK’s own mission is to understand the setup at Scott AFB. U.S. Transportation Command is the top military entity at the base, while Air Mobility Command is the top Air Force entity, with the 18th Air Force organized beneath it, and the 618th Tanker Airlift Control Center organized under the latter.
Air Mobility Command’s job is to organize, train, equip, issue policy and provide operational mobility capability,  Schwartz said. 18th Air Force’s job is to task and execute operational and day-to-day missions. Command and control of those daily missions is done through the Tanker Airlift and Control Center, the entity with which SuprTEK is working most closely on its present assignment.