By ALICIA MARTIN
Taxpayers can all agree we deserve the best construction at the best price for publicly funded construction projects. After all, we have serious needs when it comes to investing in Illinois’ infrastructure and our elected officials should do everything they can to get the most value for every dollar. 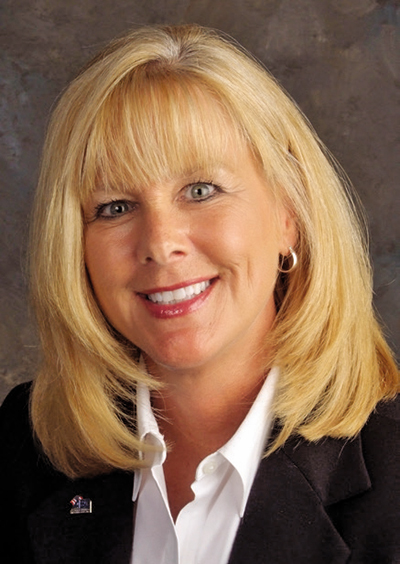 So, what if I told you politicians in Springfield have stood in the way of achieving this goal in order to benefit one political interest group? Unfortunately, this has been happening for years.
At the most basic level, a project labor agreement is a contract between a construction contractor and construction labor unions that sets terms and conditions for a construction project or series of projects. Sounds innocent — perhaps even reasonable. However, within the last two decades, construction union bosses have morphed this tool into a blunt object used to ham-handedly limit competition from merit shop contractors, which employ 63 percent of the state’s private sector construction industry workforce.
Today, PLAs function much differently than their seemingly reasonable definition. When politicians force contractors on publicly funded construction projects to sign a PLA in order to perform the work, they require contractors on the project essentially to act as union contractors for the life of the project. The vast majority of construction work in Illinois is performed by union and nonunion contractors working together for their customers, so officials who approve PLA mandates consciously decide to disregard a significant best practice utilized by the private sector every day in our state. In rejecting these best practices, politicians issuing these mandates are indicating that they, rather than the contractors that have developed these best practices over years in the free market, know the best processes needed to carry out construction.
Additionally, the politicians who choose to implement these mandates do so knowing that Illinois’ prevailing wage law already guarantees construction workers on state-funded construction projects higher-than-market wages. PLA mandates are not about helping workers, but about siphoning lucrative publicly funded construction projects to firms willing to agree to the demands of construction union bosses.
So, why do your elected officials in Illinois approve PLA mandates? In a word: politics. For many years, construction union bosses have funneled millions of dollars into the campaign coffers of friendly politicians. In return, they get discriminatory mandates on taxpayer-funded construction projects that discourage competition from qualified, in-state contractors and leave taxpayers holding the bag for inflated construction costs. The result is a bad deal for taxpayers who end up with four schools, public buildings or miles of road for the price of five because of these wasteful mandates.
Thankfully, it is a new day in Illinois. The people of our state are getting an opportunity to experience the positive impact of fair and open competition on taxpayer-funded construction projects. Gov. Bruce Rauner has publicly taken a stand against these handouts to construction union bosses, including in the State of the State Address. In doing so, he is following the lead of state officials in 22 other states where PLA mandates on publicly funded projects are illegal to some degree. In fact, all signs point to PLA mandates on state projects in Illinois becoming a thing of the past during this administration.
Additionally, Illinois State Toll Highway Authority directors voted to eliminate a long-standing PLA requirement on projects procured under their direction, including a pending $12 billion rebuilding and widening program. These reforms mark the most significant experiment in open competition for publicly funded construction projects in recent memory.
By enacting these reforms, Gov. Rauner will open the construction process to qualified and in-state merit shop construction firms and the well-trained craft professionals on their teams, allowing all employers in the state the opportunity to compete for projects funded by their own tax dollars. This will allow them to expand their businesses and create jobs.
Additionally, it will create opportunities for more women- and minority-owned business, many of which are not signatory with a labor union and therefore are essentially locked out of the procurement process when a PLA is required. In fact, in March 2014, Associated Builders and Contractors and the National Black Chamber of Commerce signed a joint resolution expressing a commitment to opposing government-mandated PLAs. In signing the resolution both organizations committed to working to “prevent such practices as the use of discriminatory union-favoring project labor agreements and other procurement mechanisms that subvert free and open competition.”
While these positive changes are great for merit shop construction firms and the vast majority of the construction workforce that chooses not to join a union, the biggest winner will be Illinois taxpayers. Numerous studies show PLAs increase construction costs by nearly 20 percent — or even more in some cases. We know billions of dollars’ worth of construction projects procured by the Illinois Department of Transportation and supported by the Capitol Development Board has been subject to PLA mandates, so taxpayers can expect hundreds of millions of dollars’ worth of savings during this administration.
We challenge Illinois elected officials and business leaders to pay close attention to state construction during the Rauner years. We firmly believe open competition for taxpayer-funded construction will create enormous value for our state and local communities.
Alicia Martin is president of Associated Builders & Contractors, Illinois Chapter. ABC is a national trade association representing nearly 21,000 members.