While major projects like the Stan Musial Veterans Memorial Bridge have been completed, new developments are going on throughout Southwestern Illinois. Here is a review of just some of the projects recently finished, currently underway or set to begin later this year.
Alton — A construction project estimated at $2.7 million is underway on the campus of OSF Saint Anthony’s Health Center to help support the transformation of the delivery of primary care services for area residents. Saint Anthony’s Physician Group, a locally-based multispecialty physician group of 25 physicians, specialists and advanced practice clinicians, is undergoing total renovation of its 11,000-square-foot primary care space to make way for a patient-centric environment with an expanded care team, as part of a new national care model to meet the health and wellness needs of patients. 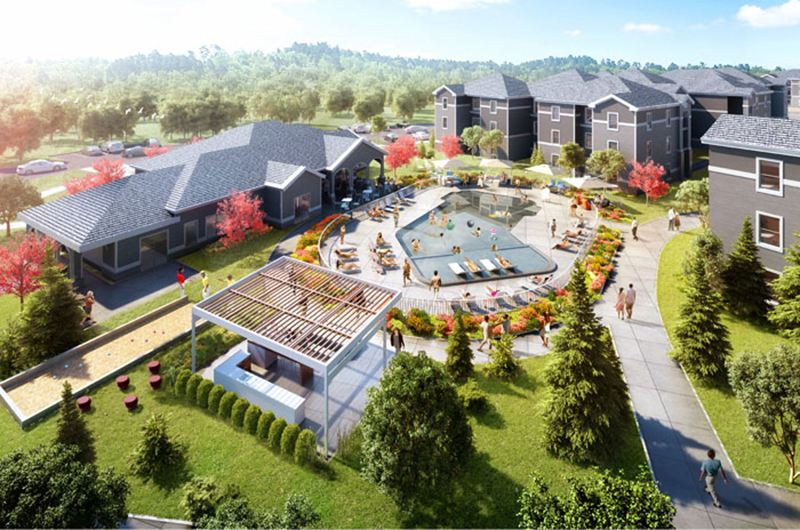 The Alton City Council has approved plans for its multi-modal transportation development project on Homer Adams Parkway. The plan includes a new Amtrak passenger terminal and connecting road system. The 9,040-square-foot station will accommodate higher-speed train and bus passengers. The city is on track to complete the $25 million project by the end of next year.
Belleville — The Cottages at Cathedral Square, a 32-unit senior living community, is under construction and on track to open its doors to residents in September of this year in Downtown Belleville. The $6 million-plus, residential community will have five buildings totaling more than 31,000 square feet and is located adjacent to the Cathedral of St. Peter.
The proposed $50 million development of a 177-acre site on Illinois Route 15 across from Our Lady of the Snows Shrine is working its way through the approval process. The developer is proposing a 30,000-square-foot convention center, a 130-room hotel, a Hofbrauhaus pub and eatery, and a convenience store and gas station during the first phase.
Centreville — A $2.4 million, 24,000-square-foot expansion and renovation project is now underway at the Southern Illinois Healthcare Foundation Mother and Child Center in Centreville. The renovation will include five departments including pediatrics, pediatric behavioral health, adult medicine, obstetrics and dental, and the addition of an outpatient pharmacy. 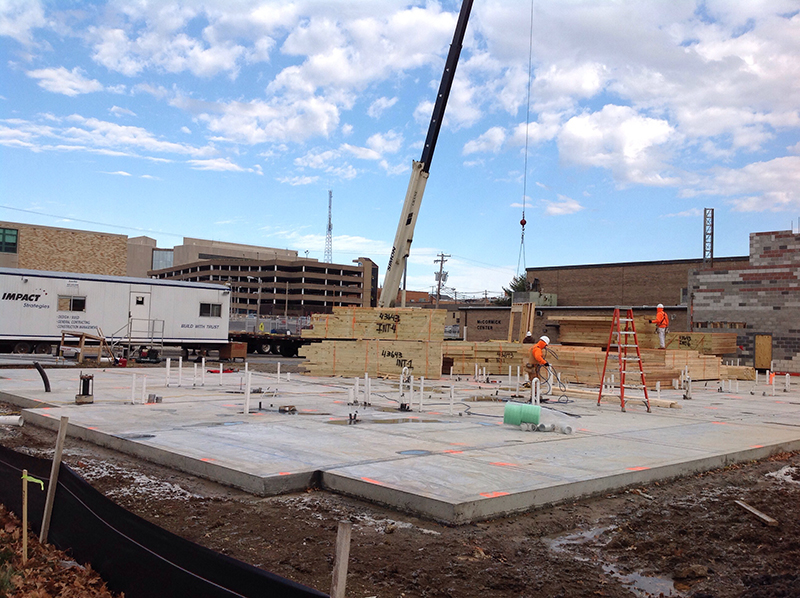 Columbia — A $50 million, multi-building campus development including professional and medical offices is planned for a 21.6-acre site overlooking Illinois Route 3 and Interstate 255. The first building of what is to be called the Columbia Professional Center is estimated at $13 million.
Edwardsville — Infinity Land Group plans to begin construction on a new 42-home development in the central part of Edwardsville just off Governors’ Parkway at Esic Drive and Cloverdale. The development, called @Cloverdale, is designed for “simplified living,” featuring open floor plan designs including single-story, main-floor master and traditional two-story homes with standard features sought by many of today’s buyers.
A new, 120-unit, student housing complex called the Edge Apartments is being developed on 10 acres near the SIUE campus west of Illinois Route 157. The Edge is being leased now for occupancy for the fall 2015 semester. It will include a clubhouse, a swimming pool, sand volleyball courts, a fitness center, yoga studio, game room, party room, cabana and picnic and grilling area.
The Madison County Housing Authority has begun an $8.1 million project to renovate the May Apartments near Edwardsville Crossing and add 24 new apartment units. Completion is expected by late fall.
Park Street Plaza, a five-story, $10 million office and retail building is under development at the corner of Park and Buchanan in the Downtown area.
TriStar Properties, the developer of the Gateway Commerce Center is getting started on the construction of a new speculative building in the industrial park at Interstate 270 and Illinois 255.
World Wide Technology is adding 434,000 square feet to its existing facilities in Lakeview Technology Center on New Poag Road.
Glen Carbon — The new Father McGivney Catholic High School is under construction at the corner of Old Troy Road and Bouse Road. The 53,000-square-foot, two-story structure will include classrooms, commons area, chapel, library, gymnasium, and a student lounge.
Granite City — The St. Louis District Corps of Engineers has completed construction on the Chain of Rocks East Canal Levee, making it the first part of the Metro East levees restored to its full level of protection.
O’Fallon — The Four Points Center has been approved for development at the northwest corner of Highway 50 and Scot-Troy Road. The first phase, an 132,400-square-foot building called The McKendree Metro Rec Plex, will include ice rinks, pools, fitness areas, batting cages and a half court gymnasium. Later phases will include retail, hospitality and office.
The O’Fallon City Council approved the annexation of a 111-acre site between Simmons and Pausch roads for the development of a new single-family subdivision called the Reserves of Timber Ridge.
A new five-story, approximately 60,000-square-foot professional office/light retail building is being built just one block north of the intersection of Interstate 64 and Green Mount Road. Plans are for the first floor to offer a mix of retail and professional offices, with other professional offices to be located throughout the other floors.