GODFREY – Walter S. Ahlemeyer, a Lewis and Clark Community College board member since 1993, died early Tuesday, May 19. Ahlemeyer was 88. 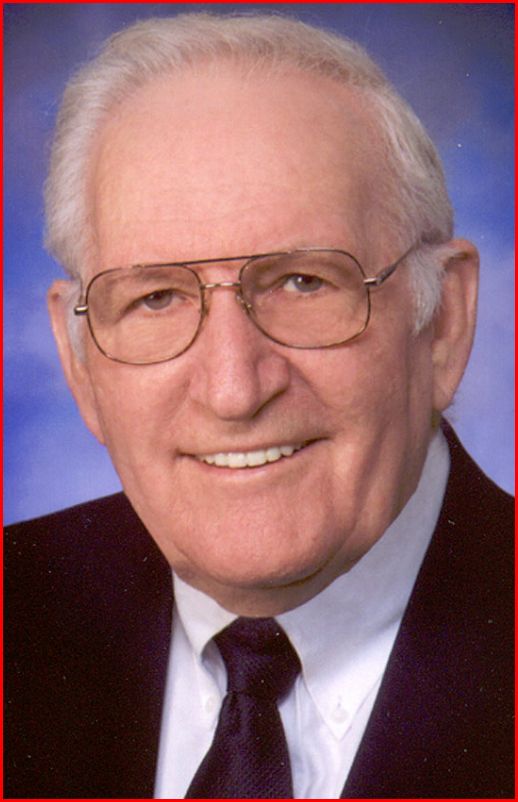 Ahlemeyer, who served as secretary to the board for many years, was also the president of Lewis & Clark Insurance Agency, Inc. in Brighton and Wood River.

The Lewis and Clark Board of Trustees voted in November 2014 to rename the Trimpe Advanced Technology Center’s Multimedia Room in his honor for his 22 years of service to the college and the board. The meeting space is now known as the Walter S. Ahlemeyer Atrium.

“We are extremely saddened by this tremendous loss, to not just the Lewis and Clark Board, but the entire district, including his hometown of Brighton,” Lewis and Clark President Dale Chapman said. “Walter was instrumental in enhancing education in this region for many years, serving as a school administrator in the Bethalto School District before becoming a Board of Trustees member at Lewis and Clark. The college and the Board of Trustees has suffered a tremendous loss of a true champion for education in this region.”

Lewis and Clark Board Chairman Robert Watson said the passing of Ahlemeyer is an extremely emotional time for everyone who knew him.

“Walter was a great friend and neighbor to me personally and has always dedicated himself to the students, faculty, staff and constituents of Lewis and Clark,” Watson said. “We are just simply at a loss for words as we try to describe the impact Walter had on everyone he met. This is truly a sad day for anyone who knew him; knew of his outgoing personality and his positive attitude toward everything he set out to accomplish.”

Ahlemeyer earned his Bachelor of Science and his master’s degree in education from New Mexico Western University. A veteran, he served eight years in the Navy reserve and four years of active duty delivering supplies on a supply ship for the U.S. Army in Japan. He also served two years on a U.S. Navy Destroyer from 1951-1953. Following his military career, Ahlemeyer served as a principal in the Bethalto School District.

Visitation for Ahlemeyer will be held from 4-8 p.m. on Thursday, May 21, and the funeral will take place at 10 a.m. on Friday, May 22, both at Targhetta Funeral Home, 501 West Center St. in Brighton.