GODFREY – Retiring Lewis and Clark Community College board member Ed Hightower will speak at the 44th annual Commencement ceremony on May 20, which will celebrate the culmination of the academic achievements of more than 1,000 graduates, a record high. 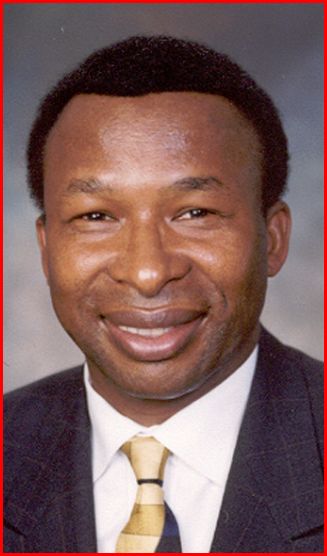 Hightower (left) will address a larger crowd than usual during the ceremony, which will take place
at 7 p.m. Wednesday, May 20, in the Hatheway Cultural Center’s Ann Whitney Olin Theatre.

“Last year we had around 200 graduates walk in the ceremony,” Vice President of Enrollment Kent Scheffel said. “This year we have 235 and counting. It will probably be our largest ceremony ever.”

Hightower, of Edwardsville, announced his retirement from the board during the board’s regular meeting on May 12, effective immediately.

Hightower is known nationally as an outstanding Division I basketball referee, officiating in 12 National Collegiate Athletic Association Final Four tournaments. In 1999, he was named one of the top 100 St. Louis area athletes of the century, and has received numerous awards for his professional officiating.
Hightower is also a former member of the SIU Board of Trustees, and current superintendent of the Edwardsville Community Unit School District 7. He has served in the position since 1995 and before that was assistant superintendent for Alton schools.

“I have proudly served the Lewis and Clark Board of Trustees for the past 26 years, and I have witnessed the tremendous impact the college and its growing number of graduates have on the surrounding communities,” Hightower said. “I look forward to sharing those examples of impact with the graduating class and their friends and family members through my commencement address.”

In 1990, Hightower received the Elijah P. Lovejoy Human Rights Award and the Illinois Jaycees 10 Outstanding Young Persons Award. In 2007, he was selected as the Trails West Distinguished Citizen of the Year, and in 2012, he received the Patriotic Employer Award.

Doors of the Ann Whitney Olin Theatre will open at 6 p.m. Additional seating will be provided in The Commons, where the ceremony will be broadcast live on two large screens.

A reception for the graduates and their families will immediately follow the ceremony, also in The Commons.