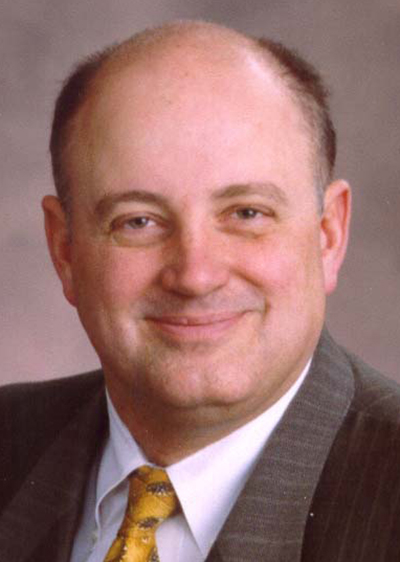 Gov. Rauner’s so-called “local empowerment zones” are dishonestly packaged and fundamentally unfair. They violate state and federal law, would strip working people of basic rights and harm our state’s economy. So why is he pushing for them? The answer lies in a larger clash of competing visions over what kind of state we want Illinois to be.
Gov. Rauner and politicians like him believe in growth from the top down, not the middle out. They measure prosperity by profits on Wall Street rather than what’s in the pockets of families on Main Street. They imagine that if only government oversight was removed, taxes were slashed, and — most of all — the right of workers to have strong union representation was stripped away, corporate power would be unleashed to create jobs.
But in too much of America, their vision is less a pipedream than a grim reality. It’s exactly what’s caused our country to spiral into decades of runaway income inequality. As union density has declined, corporate profits have skyrocketed, right along with the share of wealth concentrated at the very top. Wages for working families have stagnated and the middle class has shrunk. That may work well for the rich, but not for the rest of us.
Not only does Gov. Rauner want to drive Illinois further down this dead-end road, his self-proclaimed “turnaround agenda” would put the pedal to the metal in a race to the bottom. He campaigned on rolling back income tax rates in a way that mostly benefited corporations and the top 3 percent. To pay for those breaks, he wants harmful budget cuts to schools, health care and other shared priorities. He’s pushing to reduce aid for unemployed workers, cut help for those injured on the job, and do away with prevailing wage and project labor agreements that ensure fair pay for skilled work. He says that public-service workers like teachers, police, nurses and correctional officers shouldn’t be allowed to participate in the democratic process through their unions.
Now the governor is trying to strong-arm local governments like counties, cities, towns and villages. Using the threat of a 50 percent reduction in state funding for local governments as a hammer, Rauner is pressuring communities to support the creation of “empowerment zones” where so-called “right to work” provisions would replace free bargaining, weakening unions and repealing workers’ rights.
Rauner is a self-styled salesman, but the rhetoric he’s selling is false. Decrying “forced unionization,” he obscures the fact that no one is required to join a union in Illinois or anywhere else in America. What Rauner really opposes are free bargaining rights and fair share agreements — under which workers who benefit from a union but choose not to join instead pay a proportional cost of negotiating and enforcing their contract. He stands against the fundamentally fair proposition that everyone who benefits from representation should share in its cost.
What’s more, his scheme is illegal. In Kentucky, where a handful of counties are the only ones in America to attempt to implement local zones like Rauner’s, the attorney general says they’re unlawful and last week the National Labor Relations Board joined a federal court case aimed at throwing them out. Attorney General Lisa Madigan has issued a similar opinion here in Illinois.
And independent experts agree that Rauner’s zones would weaken our economy by driving down wages and worsening disparities for all workers, not just union members. Federal Bureau of Labor Statistics data shows that the average worker makes $5,971 a year less in right-to-work states. A recent University of Illinois study found that, “When isolated and measured against other job creation variables, right to work has no proven record of stimulating meaningful economic growth. By comparison, Illinois would reap far greater benefits by increasing its investment in education and skilled-based training.” Even the Wall Street ratings agency Moody’s says that, “Since laws that hurt unions shift the balance of power from employees to owners, they tend to erode wages and lead to a more uneven distribution of the gains of economic growth.”
The labor movement has a different vision. We believe in building our economy from the middle out, ensuring that prosperity is broadly shared to grow the middle class. We want to widen pathways into the middle class for working families who aspire to get there, and solidify the footing of those struggling to stay. We know that when working folks in every Illinois community have more money in their pockets, they spend more in the local economy, kick-starting a virtuous cycle that benefits business and labor alike.
And we know that strong unions are essential to this equation. When workers come together to bargain for better wages, safe workplaces and basic benefits like affordable health care and security in retirement, these higher standards help everyone, union or not. Because we all do better when we all do better, we believe that public policy should make it easier, not harder, for workers to have a voice on the job and a say in the decisions that affect their livelihoods.
That’s why, for a vibrant, healthy economy, we will continue bringing together all working people to stand against political attacks on the right to join and form strong unions.
Michael T. Carrigan is president of the Illinois AFL-CIO, a federation of labor unions representing more than 900,000 Illinoisans.

The Southern Illinois University Edwardsville School of Nursing has partnered with Hospital Sisters Health Systems to implement an online program in which HSHS nurses will be able to obtain a baccalaureate degree in nursing in as little as one year.
The online, accelerated RN to BS nursing program will be offered to all HSHS employees through a corporate partnership agreement with SIUE, allowing HSHS students to maximize their tuition reimbursement benefits.