Alton Mayor Brant Walker today announced that Lynyrd Skynyrd will perform this fall as the fourth major event for the 2015 season at Liberty Bank Alton Amphitheater.

“We are excited to announce that Lynyrd Skynyrd will be coming to Liberty Bank Alton Amphitheater on Friday, Sept. 4, 2015,” Walker said in a statement. “This iconic band practically defined the music genre of Southern Rock.” 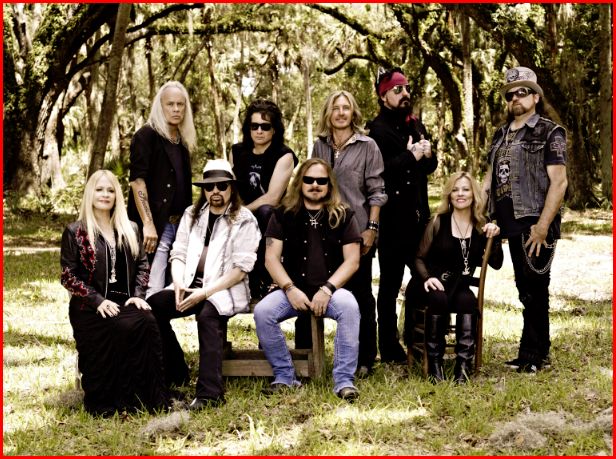 With a catalog of more than 60 albums, sales beyond 30 million worldwide and their beloved classic American rock anthem “Sweet Home Alabama” having sold over two million ringtones, Rock & Roll Hall of Famers Lynyrd Skynyrd remain a cultural icon that appeals to multiple generations.

“In 2013, our amphitheater hosted a Lynyrd Skynyrd tribute band,” said Walker. “Now, in 2015, we have the real Lynyrd Skynyrd. That illustrates just how far we have come in a very short amount of time thanks to the strong support of our sponsors and the hard work of our Amphitheater Commission.”

“The people of Alton and the surrounding counties have proven there is a demand for bigger concerts at the amphitheater. We anticipate this concert to sell out, so I hope fans of Lynyrd Skynyrd act quickly to buy tickets,” Walker said. “I can’t think of a better way to kick off Labor Day weekend.”

Tickets for this concert start at $42.50 and are on sale as of today.

With special guest The Harman Family Bluegrass Band. Funds raised from this event allow Senior Services Plus to deliver hot, nutritious meals to more than 700 homebound seniors throughout Madison and St. Clair counties each day.

With special musical guest Marquis Knox and others to be announced

Free to the general public

With special guest to be announced

Tickets to all events are available now through http://www.libertybankamphitheater.com/, Metrotix, The Alton Regional Convention & Visitors Bureau, The Fox Theatre (St. Louis, MO), or charge by phone at (314) 534-1111. All shows rain or shine. There are no refunds or exchanges.