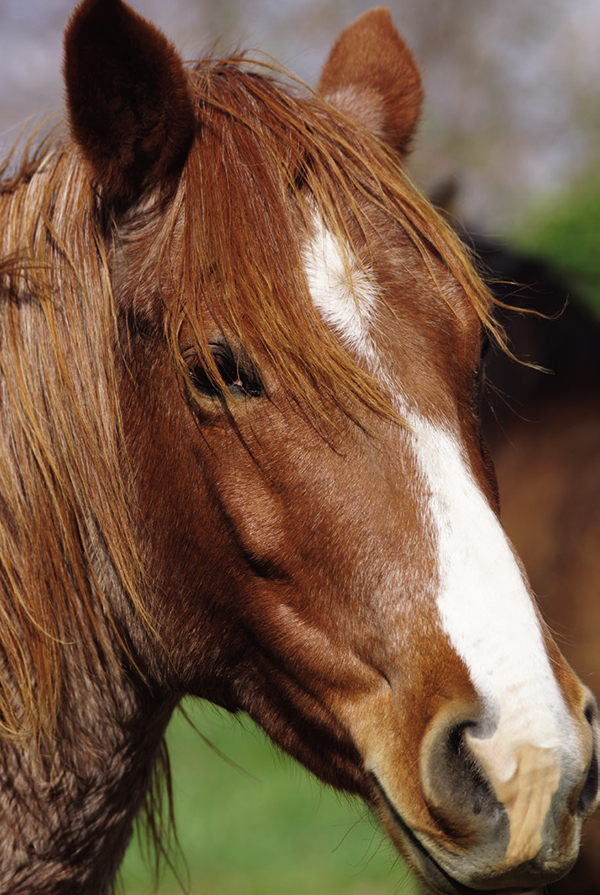 ALHAMBRA — Wild horses can’t keep Kathy and Shawn Lewis from pursuing their passion.
But lack of a good horse trailer might.
The couple is hopeful that the generosity of businesses and animal lovers across Southern Illinois  will come through for them on June 13, when they hold a benefit fund-raiser for the Legendary Mustang Sanctuary, the eight-year-old nonprofit rescue they run on their Alhambra property.
Country singer Moe Bandy will perform at Tri-City Speedway in Granite City. Tickets for the 2 p.m. concert are priced at $20 and $40 (the latter including admission to the VIP tent).  The speedway is donating use of the facility and the concert is being staged through Ron Young’s Nashville Productions.
Sponsorship packages for the benefit concert are $500 and $1,000. A special $2,000 package includes naming one of the newly rescued wild mustang horses and seeing it through the adoption process. The package is created to be interactive and designed to be of particular interest to businesses and animal lovers.
People are already getting involved. On May 23, St. Louis Regional Airport in Bethalto is planning an event in which the Southern Illinois Mustang Car Club will do a cruise in and a couple of sanctuary resident horses will be present.
The 35-acre Alhambra site is the only licensed and certified rescue operation east of the Mississippi River. The next closest is in Colorado. Those two sanctuaries are the only two in the country that adopt out the animals.
The Lewises are passionate about the plight of the horses, which they say have been relocated by the government to holding facilities with less than ideal conditions, because of their competition for natural grazing land also needed by cattlemen. Animals that cannot be adopted out after moves to three different government locations are eventually sold off to the highest bidder, “headed for their final destination,” the couple says.

“There are more than 50,000 of the horses in holding facilities and less than 15,000 in the wild, and they are taking them out in drastic numbers,” Shawn Lewis said. “The reason they are on the verge of extinction is because when they bring (stallions) in, they geld them, just like neutering a dog. They cannot breed.”
The couple works  with the U.S. Bureau of Land Management to get the horses adopted out — no easy task given the training needed. Many of the mustangs, as well as burros, are taken in by others who don’t understand the complex nature of wild horses.
One hundred percent of the money raised by the upcoming concert will go toward the rescue operation’s needs. The sanctuary is all volunteer and the Lewises have been paying many expenses from their savings, generally about $50,000 a year. Donations have helped.
To continue its mission, though, the sanctuary needs to replace its 1970 model trailer used to haul the animals across the country. A good, used model costs upward of $10,000, they said.
“Our shortest hop is to Nebraska and that’s 13 hours one way. What do we do, if the animals are on that trailer and we break down on the side of the road? We’re in a heap of trouble,” Shawn said.
Ideally, the administrators of the sanctuary would like to get at least a good, used, aluminum trailer that meets the standard of a three-horse slant, with one door,  no ramp and preferably a gooseneck.
Because they want to rescue as many of the wild mustang horses and burros as possible, there is a distinct need for equipment; facilities of size; land acreage; food; U.S. government-specified sizes of shelter, fencing and water troughs.
Mustangs were bred into existence by Spaniards in the 1400s, using Arabian and African Barb horses. The purebred beasts were heavily used in the Civil War and among native Americans, and they became a symbol of the Old West.
“They’re extinct in Spain and the only ones left are right here in the United States,” Shawn Lewis said.
The Lewises’ love for their mustangs didn’t materialize in romantic fashion. The passion was more on Kathy’s side. Around 12 years ago, she was begging her husband to acquire some of the mustangs for their property when they lived in Edwardsville. (They moved to a bigger spread in Alhambra four years ago to give the horses room to run.)
Shawn, a Kentuckian who had been around thoroughbred horses, rejected the idea multiple times before finally going on a visit to see some of the animals at a Missouri site.
Lewis’ theory was, “once wild, always wild, you can’t convert them over.”
His wife’s persistence eventually wore him down. After four return visits, the couple got their first horses — a Tennessee walker and two mustangs, one named Fred.
“He was wilder than wild,” Shawn Lewis recalls, but the more he thought about it, the more he saw training mustangs “as a challenge.”
He had no stall to offer them, only five acres of pasture. But the horses took to their surroundings fairly quickly.
After feeding them for three  days, he was making friends with the horses, and after 30 days they were under saddle.
“But we were still green at the mustangs,” he said. “You cannot break the mustang like a traditional horse. You have to earn their trust. Once they trust you can teach them anything in the world.”
The couple didn’t start out to run a mustang sanctuary, but their reputation grew, and people kept calling.
Their adoption rate has been 100 percent successful. Kathy Lewis said some 30 horses have been adopted out by the sanctuary, but five others have become permanent fixtures on the farm.
The Lewises get most of their horses straight from the government, but some have come by way of people who had adopted them and then discovered they weren’t prepared for them.
Mustangs will choose their adoptees, he said. 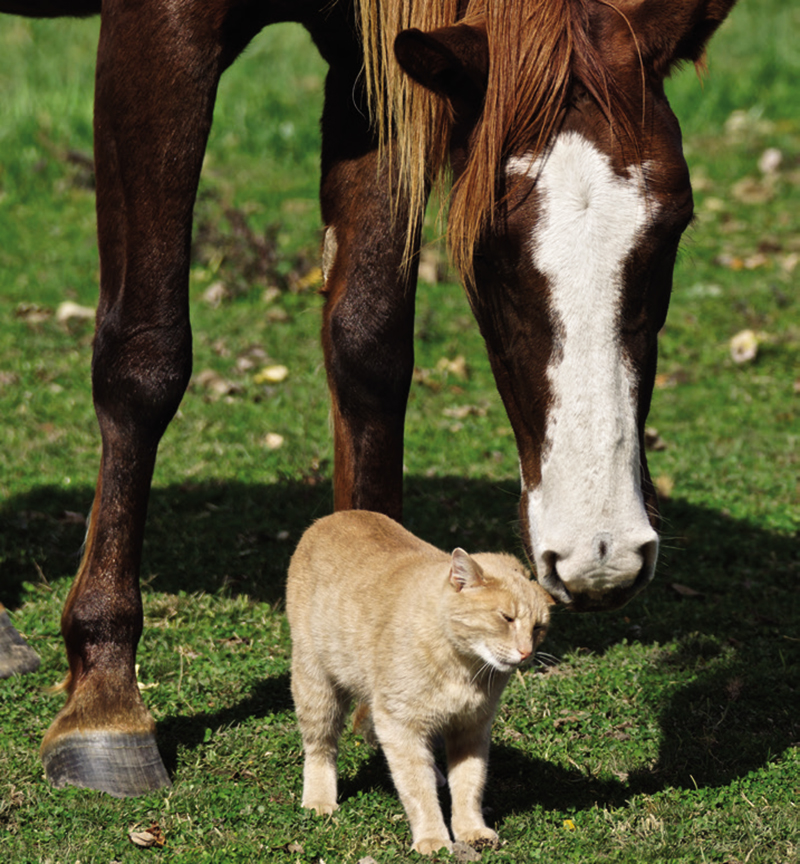 “You know within the first 10 minutes if the horse will bond with you or not. That’s just Step 1. Step 2 is to give us a minimum of 10 hours working with the horse. By doing it the way we do it, it’s a win-win. It’s a win for the horse and it’s a win for the new adopter because they know how to handle this horse,” Shawn Lewis said.
The Lewises are licensed as a horse rescue through the state of Illinois and certified federally as horse trainers.
Kathy Lewis said the horses are a joy to be around, calling them “1,000-pound puppies. People don’t realize they are intelligent and able to be trained.”
The Lewises were successful in business before they retired at a young age to care for the sanctuary. They created and developed a lucrative construction company; owned a waste disposal and trash-hauling business combined with a rental company for portable bathrooms; and established a profitable business for training and racing thoroughbred horses. At each opportunity to sell a business, they were approached by buyers offering to purchase even though the businesses were not for sale at the time.
After much consideration, they decided to retire in their 40s and sold their businesses. Living off investments, they traveled the country before concluding they were too young to retire.
They acquired additional work throughout the years to help support the sanctuary. Kathy is a professional bookkeeper and Shawn is a construction worker and truck driver.
“I really respect their passion for the mission of rescuing wild mustang horses and burros and finding them forever loving homes,” said Cora Miller, of East Alton, who is handling publicity for the effort.
Becoming a 501 (c) (3) non-profit corporation in 2011, the sanctuary is eligible to ask for tax-exempt contributions of money and other gift donations, sustaining and general memberships, as well as, public or private grants.
As part of their operation, the couple has created educational programs offering college student internships and training sessions for groups.
To make a tax-deductible donation to the Legendary Mustang Sanctuary contact the sanctuary at mustangsanctuary@yahoo.com, call (618) 616-8875 or mail a check to P.O. Box 725, Edwardsville, IL 62025.

No Violence Alliance may be cure for our homicide plague