ST. LOUIS — The St. Louis Arch Angels Network, which celebrated its 10th year in operation in 2014, continues to bolster the local startup community.

The group of investors, which has grown to include more than 80 members, closed out 2014 with $9.98 million in investments in 21 different companies, five of which were new startups. Since the organization was founded in early 2005, the group has invested almost $50.5 million in 59 companies. 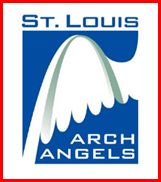 “It’s amazing to see how much innovative entrepreneurial talent has grown and continues to thrive in the St. Louis region, and we are proud to support many of these promising companies,” noted Gil Bickel, chairman of the St. Louis Arch Angels. “These small businesses collectively represent tremendous potential for the sustainable job growth that helps to stabilize our communities, and we look forward to fostering that growth in the years to come.”

The promising new early-stage companies that impressed investors in 2014 include CellARide, which is mobilizing vehicle sales by providing a text message-based platform, CarInfoToGo, which provides individuals with access to complete vehicle information via any mobile device.

In 2014, the company secured a pilot deal with GM to provide its service to dealers across the country.

Arch Angels members also backed new ag-tech accelerator Yield Lab. The company selects four to eight ag-tech companies from across the globe each year and brings them to St. Louis, providing them with $100,000 in funding, mentors, and connections supported by an agriculturally solid framework of organizations and businesses from the St. Louis area.

In addition, the Arch Angels network invested in TrackBill, a new legislative monitoring platform that gives concerned citizens and professionals the capability to track thousands of pieces of legislation, directly write their senators and representatives about their concerns, receive real-time email and text notifications and utilize a powerful search engine for relevant bill results.

The company’s subscriber base, which ranges from prominent lobbying firms to Fortune 50 corporations, is quickly growing.

Last year was a big year for LockerDome, which initially received support from the Arch Angels in 2012, and closed a $10M Series B last year.

The other companies securing investments in 2014 that also previously received funding by the Arch Angels include:

“There are a number of new technologies being created in the St. Louis metro area, and we are thrilled to see so many entrepreneurs moving into the region to take advantage of the technologies, mentors, resources and financing that will help propel them forward,” noted Bickel. “As we look to 2015, we expect to see both new high-quality investment opportunities and previously funded companies maturing and advancing their business models, and anticipate that our investment total could climb closer to the $60 million mark.”

For more information about the St. Louis Arch Angels, visit www.stlouisarchangels.com or call (314) 444-1151.

The St. Louis Arch Angels network was established in January 2005 as an independent, 501c(3) not-for-profit corporation. Arch Angel members, who are business leaders from the St. Louis region, provide seed and early-stage capital in the range of $250K-$1M, an investment range not generally served by venture capitalists. The Network was organized by the St. Louis Regional Chamber and the Nidus Center for Scientific Enterprise.