GODFREY – After 33 years, Lewis and Clark Community College Dean of Health Sciences Donna Meyer is retiring to accept the full-time position of chief executive officer of the Organization for Associate Degree Nursing.

“My work on behalf of Lewis and Clark Community College and associate degree nursing has opened up a tremendous opportunity for me at the national level, and, with great excitement, I have accepted the position of CEO for the OADN, where I feel my passion for community college nursing will have a greater impact nationwide,” Meyer said. 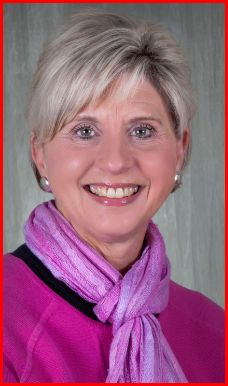 After her primary clinical background in pediatric nursing at St. Louis Children’s Hospital, Meyer began her academic career at Lewis and Clark Community College as a nursing faculty member, progressed into the director of the program and, eventually, became the dean of health sciences.

She also served as the director of the Lewis and Clark Family Health Clinic and Mobile Unit. Under Meyer’s leadership the LCCC Nursing program doubled in size, and she has been responsible for securing more than $7 million in grants for the nursing program and clinic.

“I want to thank all of my colleagues for their support throughout my tenure at Lewis and Clark,” Meyer said. “Your partnerships have opened many doors for our students and faculty, and your ongoing support has helped us build a state-of-the-art nursing education facility that is the envy of many throughout the nation, open a nurse-managed clinic that still remains the only one of its kind in the nation and create the most unique health-care delivery model with our mobile health clinic.”

OADN focuses on supporting community college nursing education and maintaining its importance to the future of healthcare in America.

“This is a tremendous opportunity for Dean Meyer and maintains an advantage for Lewis and Clark at the national level as nursing undergoes a tremendous transition affecting one of our flagship career programs – the Associate Degree of Nursing program – with more than 300 students enrolled,” LCCC President Dale Chapman said.

Beginning as a director for four years, Meyer has been involved with OADN, formerly NOADN, at the national level since 2007. She assumed the presidency in 2011 for three years.

Her term ended in November 2014. She also served as the Illinois Chapter president.

“The board is confident that the move to make the CEO position full time will provide OADN with the means to continue to be actively involved in the national initiatives that are shaping the future of nursing thus ensuring that associate degree nursing education continues to be an opportunity for nurses entering the profession,” OADN President Patricia Smart said. “During her presidency of OADN, Donna has been instrumental in working collaboratively with numerous nursing and health care organizations. Her passion for and commitment to associate degree nursing is apparent.”

Under Meyer’s leadership, OADN has formed numerous collaborations. In September 2012, after working closely with other national organizations, she was one of five national leaders responsible for the release of the joint statement on nursing academic progression.

In April 2014, she was the co-author of a paper organized by the Robert Wood Johnson on the importance of community college nursing programs and academic progression. Most recently, she worked with the Robert Wood Johnson Academic Progression in Nursing
National Advisory Committee to release the recommendation for Bachelor of Science in Nursing foundational courses to assist community college nursing students in nursing academic progression.

“Ms. Meyer’s collaborative leadership style, her open mind and ability to push back, and her passion for nursing students and their advancement has made her one of our most articulate ambassadors for academic progression nationwide,” said Robert Wood Johnson Foundation
Senior Advisor for Nursing Susan Hassmiller.