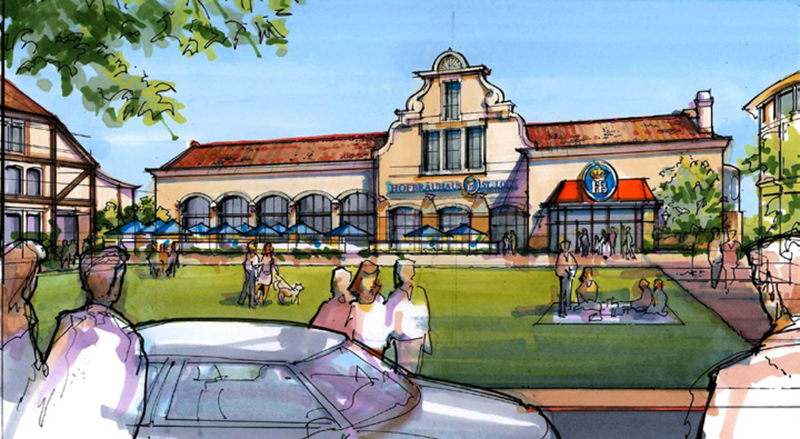 BELLEVILLE — Before the first visitor hoists the first mug of beer, a number of hurdles have to be met for a development group to begin building a complex that envisions a Hofbrauhaus restaurant, hotel/convention center and four other dining establishments.
But key progress has already been made among the major players, including the Missionary Oblates of Mary Immaculate, which runs the National Shrine of the Lady of the Snows and on whose property the 33-acre complex would be built along Illinois Route 15, across the highway from the heart of the shrine.
The Oblates are working with the Kellers, a family of developers based in Effingham, as well as the city of Belleville, which annexed the Shrine property on Jan. 1, making it possible to move forward on an ambitious financing plan.
Among other things the city would have to extend its enterprise zone to the site. It would have to create a business district sales tax — 1 percent of which would be collected on purchases made at the site’s businesses and returned to the developer. And, a tax increment financing district would have to be approved to allow generated property tax revenue to be funneled in part back to the developers.
There would also be a rebate involving the city’s 5 percent-per-room hotel/motel tax.

The Kellers are no strangers to the development business, having done projects in six states.
“It started in Effingham in 1929 when my grandparents opened up a convenience store — a bad time to do it,” Chane Keller said, referring to the start of the Great Depression. “That developed into a business where they distributed Shell fuel. On top of that they also owned over 100 convenience stores. Meantime, in 1963 they broke ground on the first Ramada Inn east of the Mississippi River. That was our venture into hospitality and restaurants. We built more motels, starting in 1980, and we kept expanding. Now we have hotels in Illinois, Florida, Minnesota, Iowa and Wisconsin.”
Keller said the family has formed an umbrella entity called Oak Tree Hospitality to pursue partnership projects across the Midwest. The  partnership working on the Belleville project is going under the name of Missionary Ventures, he said. He is chief financial officer of Oak Tree Hospitality.
Two other key participants are Lawrence Group, an architectural firm out of St. Louis that is drawing up the site plans, and Kaskaskia Engineering Group LCCC of Glen Carbon, which has been retained to do traffic studies that could determine if turn lanes or other changes are made at the Route 15 intersection.