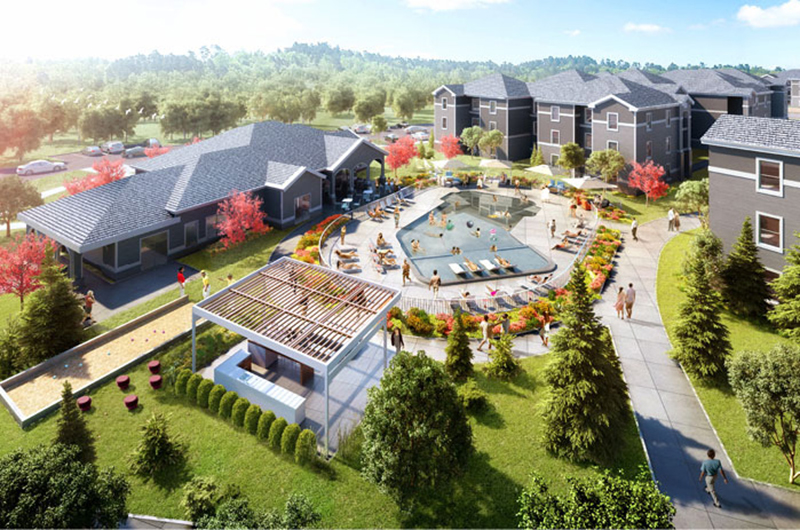 The year 2014 was a strong one for construction, according to the Southern Illinois Builders Association, a trade association representing more than 500 contractors and affiliated businesses in Southern Illinois.
Actual end-of-year figures blew the doors off SIBA’s early projection of 1,050 new projects that would be undertaken in 2014.
“I am pleased to report that the association has received approximately 1,200 new projects for calendar year 2014 which is 14 percent more new projects than anticipated,” said Donna Richter, chief executive officer of SIBA.
The total amount of the projects awarded in 2014 is in excess of $814 million. Richter said that SIBA is forecasting an increase of 5 percent to 10 percent for 2015.
One area that had a particularly good 2014 was Edwardsville. City Administrator Tim Harr said the number of building permits issued last year was the highest since 2006. Harr said the permits ran the gamut from the expansion of the World Technologies facilities in Lakeview Industrial Park to home remodels and additions.
The city issued a total of 699 building permits with an estimated construction cost of $67.5 million last year.
One of those projects was the Edge Apartments, a 120-unit student housing complex being developed on 10 acres west of Illinois Route 157. The Edge is being leased now for occupancy for the fall 2015 semester. It will include a clubhouse, a swimming pool, sand volleyball courts, a fitness center, yoga studio, game room, party room, cabana and picnic and grilling area.
Another of those projects is the expansion of World Wide Technologies supply chain facilities in Lakeview Commerce Center. The 434,000-square-foot addition is under construction. The company, based in St. Louis, has grown its Edwardsville workforce from 100 to more than 600 since 2008 and was recently named Edwardsville’s business of the year.
Commercial development in Edwardsville was strong as well with multiple stores and restaurants opening. One of those was Gulf Shores Restaurant & Grill owned and operated by Harry Parker. Parker opened his first restaurant in Creve Coeur, Mo., in 2008. He said that that 3,000-square-foot establishment has been full for lunch and dinner every day for the last five years and he decided it was time to add a second location.
Parker said that he used a site location consultant to determine the best place to open his first restaurant and returned to him again when it came time to add a second location. The consultant collected and analyzed data relative to demographics, population growth and the competitive landscape as well as how well the city was managed. It came down to two choices, Parker said, Fairview Heights/O’Fallon and Edwardsville.
“So, I told my wife, ‘OK, here we go’,” Parker said. “We’re going to Edwardsville. We made that choice based on the sound data presented by our consultant but also on the fact that we’re a mom and pop restaurant. We want to be endeared with the city because when things go bad for us we can’t fold up our tent and go home. We have to stay there. We felt like, if we were going to make that commitment, Edwardsville would be the best place for us, so that’s why we settled on it.”
Gulf Shores opened for business on Dec. 15. Despite the fact that the Edwardsville restaurant is 1,000 feet larger than the one in Creve Coeur, there’s been a wait for dinner and lunch every day since, Parker said.
Harr said 2015 projects to be a strong year as well. Ground has been cleared and environmental remediation is underway in preparation for the construction of Park Street Plaza, a five-story, $10 million office and retail building to be developed at the corner of Park and Buchanan in the Downtown area. In addition, three new residential subdivisions are on the drawing board and more retail on the way.
“Obviously, people have a great amount of confidence in this community and they’re willing to expand,” Harr said.

SWANSEA — Diel & Forguson, LLC has announced that Linda Marti has joined its Accounting Services department. A native of Pocahontas, she brings 35 years of experience.
She attended Hickey Business College. Her responsibilities include client financial statements, sales tax returns, and on-site controllership. She lives in Pierron.