Jason Ramthun has been promoted to president of Midland’s St. Louis Market.

Jason Penfield has been appointed director of Commercial Lending.

Midland has a total of 21 banking locations in the metropolitan region, and has announced it will be opening two additional locations in St. Louis in 2015. Columbia, Waterloo, Smithton and Freeburg are among its locations in Southwestern Illinios. 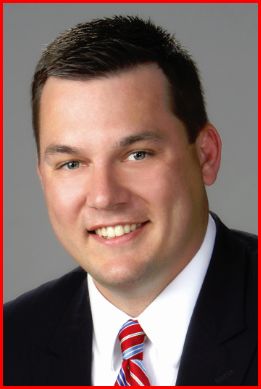 Ramthun (left), who has served as a team leader in Midland’s St. Louis market for the past five years, has more than 15 years of commercial and retail banking experience, and is a former examiner for the Federal Reserve Bank of Chicago.

Tim Spitz, Midland’s Regional Market president for the area including St. Louis, said, “Jason’s knowledge of St. Louis market and the relationships he has built in this market with our customers and employees will serve us well as we continue to grow in St. Louis.”

Jeff Mefford, Midland’s senior vice president, Community Banking, said, “Midland views St. Louis as a growth market. We believe this area will see significant redevelopment in a number of areas and look forward to working with city and county officials to serve as a catalyst for this growth. Jason’s leadership on the commercial and retail banking side, together with our having centralized Midland’s significant residential mortgage operation in St. Louis, are important parts of our plan to become the leading community bank in St. Louis.”

Ramthun holds a B.S. in finance from Truman State University and is on the board of directors of the St. Louis Sports Commission. He also serves as president of the Finance Council of Immaculate Conception Dardenne, and is a former board member of Voices for Children. 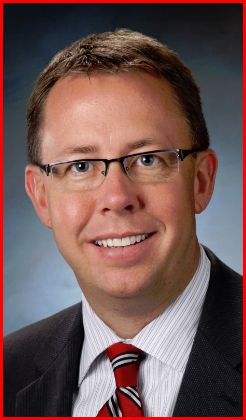 Midland acquired Heartland Bank, located in St. Louis, at the end of 2014. Penfield (right) had been with Heartland since 2008, and was its executive vice president-head of Commercial Lending at the time of the acquisition.

Mefford said: “One of the reasons we acquired Heartland was its strong talent in the St. Louis market. We hope to leverage this talent across our footprint. Jason is a proven executive with experience in all aspects of Commercial Lending and we are very pleased that he will be heading up our commercial lending efforts in all our markets.”

At Heartland, Penfield managed a commercial loan team of 13 people with a portfolio of approximately $420 million in loans. In his new position, he will oversee a team of more than 75 employees and have a portfolio in excess of $1.2 billion.

Penfield said, “I have been excited about the Midland-Heartland merger since it was first announced. As an almost $3 billion bank, we can offer our commercial customers faster loan underwriting and a more complete suite of lending and treasury management services. And Midland provides its commercial customers low cost credit card processing, which is something even the biggest banks do not generally offer.”

Penfield has 24 years in the banking industry, and has degrees in both Finance and Real Estate from the University of Madison-Wisconsin School of Business. While he will continue to principally work from his current Clayton, Missouri office, Penfield said he expects to visit Midland’s other St. Louis locations, as well as its Illinois and Colorado branches, as often as possible.

Midland States Bancorp, Inc. is a community-based financial holding company headquartered in Effingham, Illinois, and is the sole shareholder of Midland States Bank and Heartland Bank. Midland is rated “5 Stars” by Bauer Financial, a rating reserved for only the strongest financial institutions in the U.S. Midland has assets of approximately $2.7 billion, and its Midland Wealth Management group has assets under administration of more than $1.2 billion. Midland remains locally owned and provides a full range of commercial and consumer banking products and services, merchant credit card services, trust and investment management, insurance and financial planning services. In addition, commercial leasing services are provided through Heartland Business Credit and commercial FHA financing is provided through Love Funding, its non-bank subsidiaries. Midland now has more than 70 locations across the U.S.