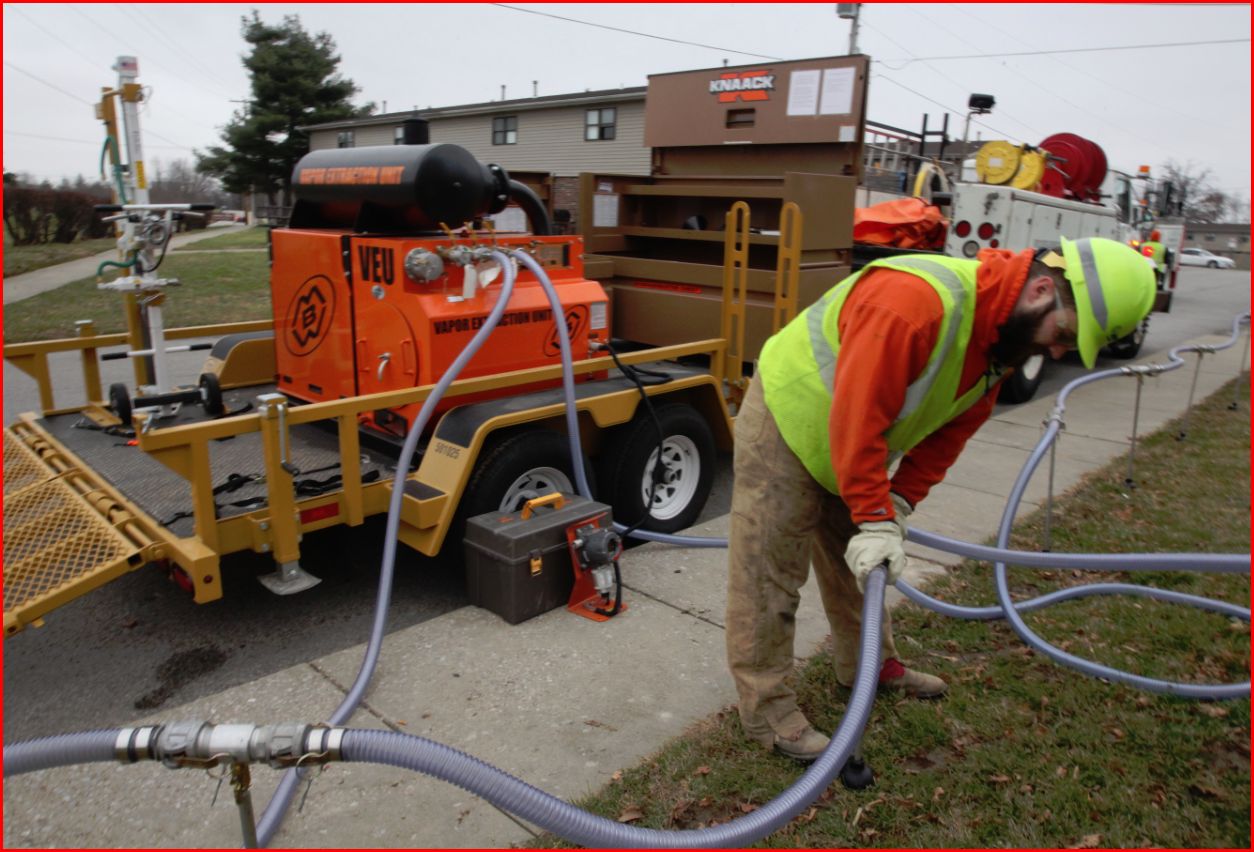 COLLINSVILLE – Smell gas, leave fast. Instructing customers to quickly leave their premises if they suspect a gas leak is an important message Ameren Illinois shares on a consistent basis with its 812,000 natural gas service customers in central and southern Illinois.

“Natural gas is a safe and reliable source of energy, but it can be dangerous if people are not vigilant in reporting a suspected leak,” said Gussie Reed, director, Division V, Ameren Illinois. “We always urge our customers to play it safe and alert us immediately if they suspect a problem.”

Determining the location of an underground leak outside a customer’s home or business can be a challenge for Ameren Illinois gas crews. While the company can quickly locate and detect a leak on the actual gas line, it’s often more difficult to isolate residual gas that may have escaped under pavement or structures.

David DeLuca, supervisor, Gas Operations, Hillsboro Operating Center, said Ameren Illinois is deploying the latest technology – a vapor extraction unit – to pinpoint underground gas leaks. The unit uses a vacuum-based technology along with 18 probes and hoses to extract the gas. It can be used in a compact or broad area by varying the number of probes and hoses. The prior method used a siphoning process with only one probe in the ground.

Ameren Illinois is typically alerted to a gas leak when a homeowner, the police or public reports a natural gas odor in the air. If a leak is discovered subsurface and determined to be potentially hazardous, it must be addressed immediately. Ameren Illinois gas crews typically arrive on-site within 23 minutes of receiving the call.

“With the old method, we’d have two or three trucks on site with gas co-workers working 24 hours. Now they can remove the gas in a quarter of the time in most cases,” DeLuca said. “It is a very efficient tool and increased productivity means pinpointing and addressing the leak more quickly.”