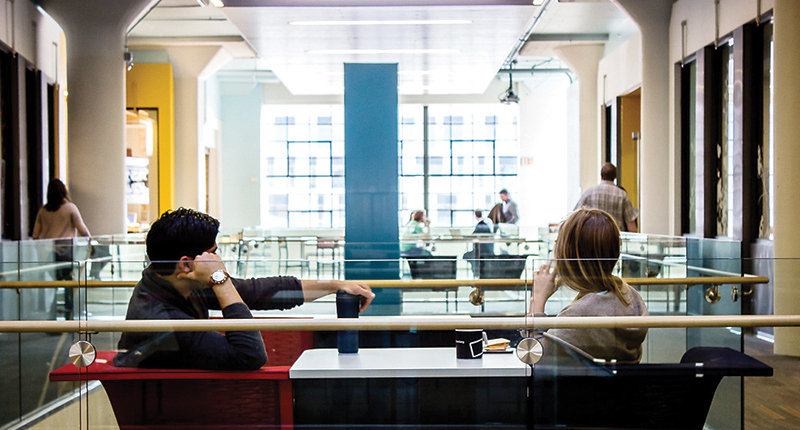 Oftentimes opportunity stems from adversity. Such was the case with St. Louis and its drive to become a hotbed of entrepreneurship.
St. Louis’s economy ebbed in 2009 when Chrysler closed its Fenton, Mo., plant. That closure caused the loss of 43,000 direct or indirect jobs and $15 billion to the local economy, according to a report by the consulting firm AECOM. Area leaders conducted an economic opportunity analysis to lay out a plan to rebuild the local economy. One of the thrusts of that plan was to create an environment or ecosystem that would attract entrepreneurs and help them thrive.  This report came at a time when earlier investments in the St. Louis area’s entrepreneurial ecosystem – BioSTL, Biogenerator, IT Entrepreneurs Network (iTen), T-Rex, St. Louis Arch Angels, and others – were starting to take off.
Last month, Popular Mechanics named St. Louis as the best city for startups in America. Popular Mechanics is not alone, CNBC says St. Louis is a tech hub to watch in 2015; Kiplinger has called St. Louis one of the 10 best cities in the country to start a business. And, the Wall Street Journal has said the city “is in the early stages of an entrepreneurial boom” and may serve “as a lesson for the nation as a whole.”
Jason Hall, vice president of entrepreneurship and innovation at the St. Louis Regional Chamber, was on Gov. Jay Nixon’s staff working on redesigning the Missouri Technology Corporation and creating Missouri’s economic development approach to entrepreneurship in 2009. He said the closing of the Chrysler plant and the other impacts of the Great Recession were turning points, moving entrepreneurship from the back burner to the front of the stove.
“Now we’re attracting new people here to an environment in which their ideas can flourish,” Hall said. “It’s added a whole new level of excitement to the region. It’s the result of a coordinated effort by the state, the Chamber, the St. Louis Economic Development Partnership and others coming together to make this happen.”
Since 2009, St. Louis has made remarkable progress in building an entrepreneurial ecosystem. T-REX, a business incubator that houses venture capital firms, accelerators, mentoring programs, entrepreneurs in residence, a small business development center, technology companies and Arch Grants, a nonprofit corporation that holds an annual business plan competition, was started on a vacant floor of the old Macy’s Department Store building. It started with 12,000 square feet, grew to 80,000 square feet, and a year ago moved into the 160,000-square foot historic Lammert Building on Washington Avenue.
Multiple groups have created funds to help finance startup companies. The St. Louis Tech Fund is the fund behind Capital Innovators, which provides $50,000 in seed money and a 12-week class for selected entrepreneurs.
There’s also a fund called Cultivation Capital that’s an early-stage venture capital fund focused on technology, health care, and life sciences companies.
There’s a fund called SixThirty that started another accelerator focused on financial services startups. This has attracted young companies to come here from places like the U.K., New York and San Francisco.
Mentoring programs are another important piece of the ecosystem and several of these have sprung up as well.
iTen, which bills itself as a catalyst for tech startups, serves more than 220 startup ventures and involves more than 70 volunteer mentors. It’s housed at T-Rex. Another is Gateway Venture Mentoring Service which is similar to SCORE, the Service Corps of Retired Executives, except that its mentors are active in their careers. And, just last month the Chamber announced that its work with area business leaders to help launch a new accelerator called Prosper for women-owned startups was successful. The first class of women-led businesses accepted into the program included start-ups from both the East and West Coasts.
With all the success the area has had, Hall wants to push the ceiling even higher.  He said a regional collaborative known as Accelerate St. Louis has been started. It’s a bi-state round table of economic developers and business leaders, focused on pushing the entrepreneurship ecosystem to the next level. Accelerate St. Louis has established an umbrella goal of increasing funding by $100 million over the next five years. It also presents one unified web site — one unified brand — providing a common portal where startup businesses can go to get on-line, 24-7, on demand advice and information on the resources that are available.
“The world is recognizing what is going on here,” Hall said.  There’s no one leader that did all of this. It’s been an incredible group of people that have pitched in and helped out and it’s working.
“I had lunch with an entrepreneur who moved here from San Francisco the other day,” Hall added. “He said, ‘I gave up a $3,000 a month, one-bedroom apartment and I came here; got a better location, a better commute, better resources and more help. This is a great place to start a business!’ I think that message has got to get out there.”