Special to the Illinois Business Journal
Ameren Illinois invested nearly $57 million in 2014 to improve the performance of the electric and natural gas delivery system in Southwestern Illinois.  Projects were implemented to improve service reliability for residential and business customers, including:
– Installation of intelligent switches and sensors and other new technology to detect outages and restore service more quickly.
– Fortification of utility poles and power lines, including construction of storm-ready composite fiberglass poles and larger class poles.
– Upgrades to the natural gas distribution system.
– Increases in the capacity of electric and natural gas grid to meet future demand for energy.
“Strengthening the grid in Southwestern Illinois is part of our long-term commitment to pave the way for business and economic growth in the region,” said Richard Mark, president and CEO of Ameren Illinois.  “Companies demand reliable power and we’re making the necessary investments to ensure that it’s there when they need it.” 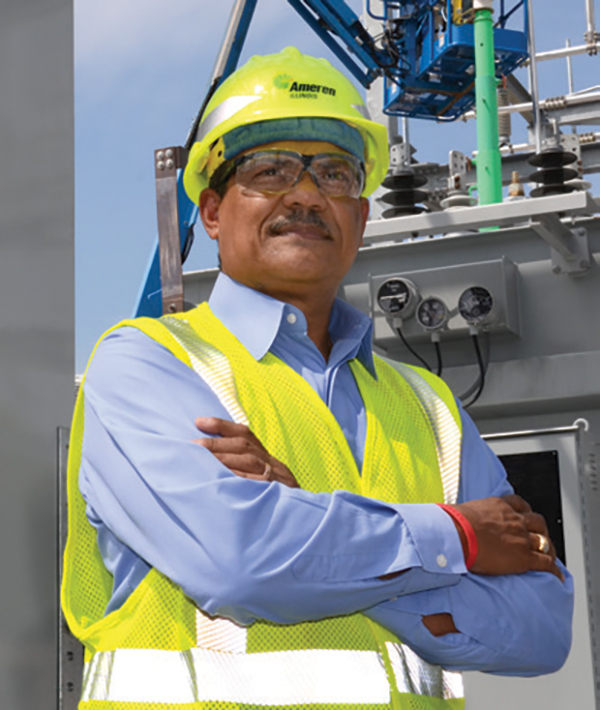 The investment Ameren Illinois has made to the network across its entire service territory has led to more jobs the last two years. From the beginning of 2012 until June 30, 2014, Ameren has hired 807 Illinois-based employees. Factoring in natural attrition, this hiring has resulted in a net increase of 471 employees supporting Ameren Illinois electric and natural gas service operations.
Many of the new employees are being trained at the Belleville Training Center, while more than 100 employees were added when Ameren Illinois moved its headquarters to Collinsville.  Collinsville is also the hub for the company’s Advanced Meter Infrastructure testing area. Much of the technology for the two-way meters was developed in Collinsville.
And while investments are important to improve customer reliability and future economic development opportunities, Ameren Illinois and its employees also give back in another way.
“Ameren Illinois and our employees have had a long-standing tradition of volunteering in the communities where we live and work,” Mark said.
Through the financial support of the company and co-workers, $135,000 was contributed to numerous Southwestern Illinois community organizations in 2014.