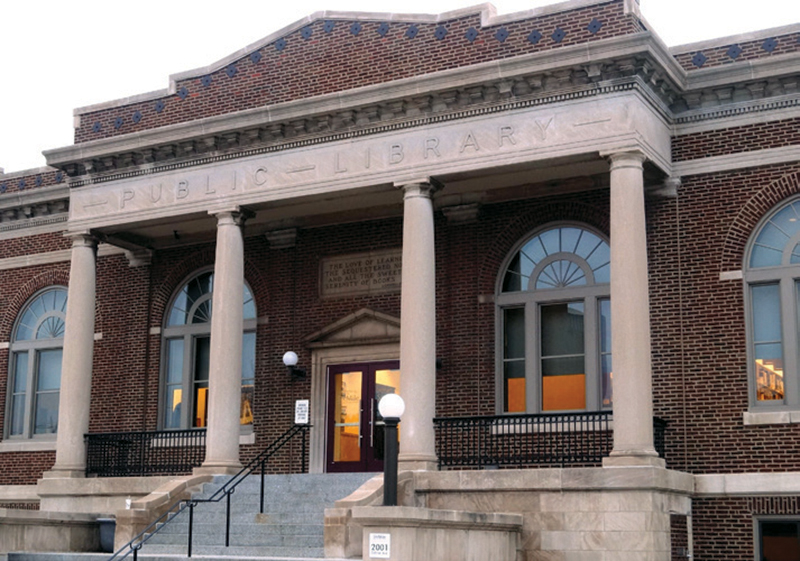 Downtown Granite City continued its resurgence in 2014 with more than $8 million invested and 10 new businesses opening their doors.
One of those downtown investors is Lance Callis, a partner in the law firm of Callis, Papa, Jackstadt, Szewczyk & Danzinger P.C. Callis purchased the former Guardian Savings Bank at the corner of Niedringhaus Avenue and Edison Avenue in January 2012 from the city. Since buying the building, he’s brought in a real estate development company on the second floor and a new restaurant will open soon on the first floor.
The restaurant, Lascelles Granite City Tap & Grill is the brainchild of well-known chef and restaurant consultant Eric Brenner. The menu features Brenner’s new takes on culinary classics plus 12 beer taps and a full selection of wines and cocktails.
Callis also purchased the building next door on Niedringhaus Avenue and signed new tenants Kool Beanz Coffee Shop and the Madison County Regional Superintendent of Schools testing facility, which opened in the first quarter of 2014.
“I remember downtown Granite City when I was a young man starting the practice of law. I’m just trying to give back a little bit,” Callis said.
In addition, the 85-year-old Six Mile Regional Library completed a $4 million renovation last year; BSR Used Books bought its own building and expanded its space; and small business lender Justine Petersen opened an office in Downtown Granite City.
The city also created a new grant program to assist property owners and merchants to renovate their facades and bring their buildings up to code. Using funds from the city’s tax increment finance district, the program provides grants in the form of a reimbursement of up to $10,000 on approved expenditures. No matching funds are required from the owner/merchant. Last year the city made eight grants for a total of $70,000.
One of the grants went to Tank’s Training Facility, a 24-hour gym that offers personal training, weight loss diets, fitness classes, boot camps, athletic strengthening coach, speed agility classes for athletes, sport teams, organizations and  individuals. Owner Chris Janek, a former world powerlifting champion, is also planning to bring in a chiropractor’s office, a supplements store and creating a space for the Granite City Wrestling Club.
And, just on the edge of downtown, Baily International, the nation’s fourth largest producer of Asian & Chinese foods, invested $5 million in its plant and added 100 jobs in 2014.