EDITOR’S NOTE: We asked the author to reflect on the legal standing of the Affordable Care Act. On the following two pages are contrasting views on the success of the law and what needs to be done.

The United States Supreme Court analyzed portions of the Patient Protection and Affordable Care Act in “National Federation of Independent Business v. Sebelius” and “Burwell v. Hobby Lobby Stores, Inc.” The court upheld the constitutionality of the ACA’s individual mandate in “NFIB,” but it limited the birth control coverage mandate in “Hobby Lobby.” 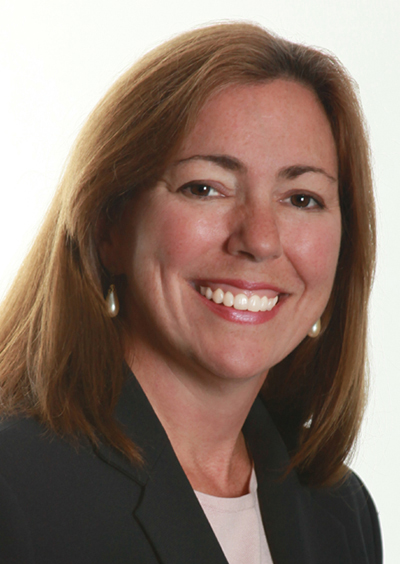 In the wake of these two landmark decisions, lower appellate courts are struggling with additional challenges to the ACA. In anticipation of additional, ongoing attacks to the ACA, it is important to understand the holdings and rationale of “NFIB” and “Hobby Lobby.”
In “NFIB,” the court upheld the constitutionality of the ACA’s mandate that individuals either purchase a minimum level of health insurance or else pay a penalty for failing to do so. The plaintiffs challenged this individual mandate, claiming that Congress lacked power under the Commerce Clause to require individuals to purchase health insurance. The court disagreed, finding that the individual mandate allowed individuals to decline to purchase insurance and pay a penalty instead. As such, this portion of the ACA was a valid exercise of Congress’ Constitutional taxing power.
In “Hobby Lobby,” the court held that the ACA’s birth control coverage mandate unconstitutionally infringed upon Hobby Lobby’s freedoms protected by the Religious Freedom Restoration Act of 1993. The court reasoned that non-profit corporations enjoy religious freedom under the act to ignore the birth control mandate in the ACA, so this same religious freedom logically extended to closely-held, for-profit corporations.
This is the first time that the court has held that for-profit corporations are allowed to hold and exercise religious beliefs even if doing so violates federal law. However, this holding is not as sweeping as that. The corporation must show that its beliefs and practices are sincerely held.
Justice Alito was also clear in stating that the reach of the Religious Freedom Restoration Act has its limitations and thus is not a threat to governmental laws in general. Rather, RFRA simply prohibits the government from substantially burdening a person’s exercise of religion unless the application of the burden to the person is: (1) in furtherance of a compelling governmental interest; and (2) the least restrictive means of furthering that compelling governmental interest.
The court found the ACA met the first prong in that it furthered a compelling governmental interest to provide more universal access to coverage for birth control. The ACA did not, however, provide the least restrictive means of furthering that interest. Other, less restrictive means existed and were already available to non-profit corporations that did not provide birth control coverage. Non-profit corporations were already allowed to ignore the birth control mandate and force their employees to seek coverage for birth control from government-provided insurance. For-profit corporations should thus also be allowed to do the same, and allowing this would not unduly burden society.
More recently, the D. C. Court of Appeals issued “Sissel v. U.S. Department of Health & Human Services.”
In “Sissel,” the Ninth Circuit dismissed, under the holding of “NIFB,” the portion of the plaintiff’s argument that the individual mandate in the ACA violated the Commerce Clause. It also disagreed with the appellant’s argument that the ACA violated the Origination Clause. The Origination Clause requires that all “Bills for raising revenue” originate in the House. The ACA, however, originated in the Senate. The court found this to be no effect, because the ACA is not a revenue-raising law per se but is, instead, a health law. The court cited numerous other laws primarily legislating other matters that contain, in part, tax penalties imposed for non-compliance (e.g., fines and taxes imposed on circulating bank notes, to fund rail construction, and to deter further bad acts of convicted criminal offenders).
Further, the Ninth Circuit decided “Coons v. Lew, et al.” In that case, the Ninth Circuit held that the ACA preempts Arizona’s Healthcare Freedom Act to the extent the Arizona Act conflicts with the ACA’s individual mandate.
In addition, the individual mandate did not violate substantive due process rights to medical autonomy and privacy of health-care information. The plaintiff alleged that the individual mandate forced him to have a health-care relationship he did not want and to share his private health-care information with hundreds of intermediary insurance companies and review boards. The court disagreed, stating that this misconstrued the specific terms of the ACA’s individual mandate that does not require that an individual select a particular insurance plan, does not require that the individual use an insurance plan once purchased, and does not restrict an individual’s right to contract for care directly with the physician of his or her choosing.
In addition, the D.C. Court of Appeals decided Halbig v. Burwell, striking down an IRS Rule providing tax credits under the ACA for purchasing health insurance over federally-constructed health insurance exchanges. The court held that the ACA specifically provided authority to the IRS to provide these tax credits only to state health insurance exchanges and not to exchanges that the federal government constructed on behalf of states that refused or were otherwise unable to do so. The court specifically stated its reluctance to allow this tax discrimination to occur but reasoned that the ACA was unambiguous on this point, so it was a legislative issue and not a judicial one.
Lucy Unger is a partner with the law firm of Williams Venker & Sanders LLC.