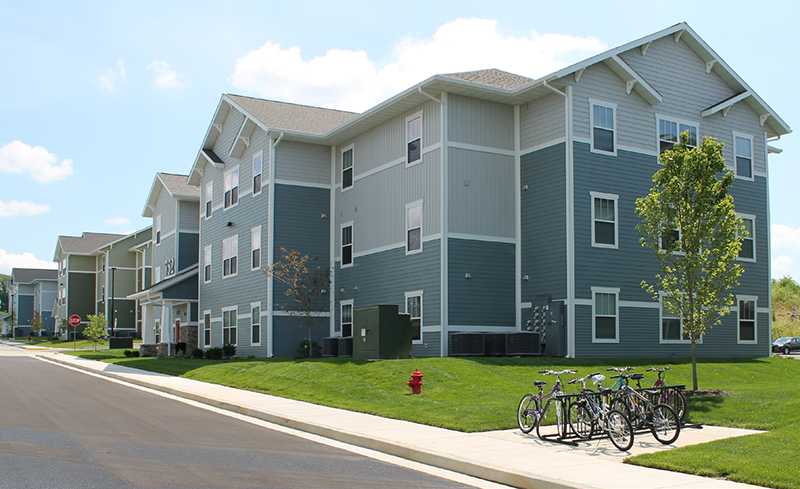 Students returning to Metro East colleges for fall classes are largely finding higher tuition rates than they did this time last year.
A survey of schools in Southwestern Illinois shows a jump in most of their charges, some a result of keeping up with costs or state cutbacks, others simply keeping up with growth.
One notable exception is Southern Illinois University Edwardsville, which held fast on tuition rates for the fall. Full-time undergraduate rates remain at $7,296 per year, spokesman Doug McIlhagga said.
Last spring, the board had considered, but later rejected a 5 percent tuition increase that would have resulted in a $366 increase over last year for new, in-state undergraduates on the Edwardsville campus.
Despite the decision to stand pat this year, the SIUE board has enacted five tuition increases since the 2007-2008 year when undergrad rates stood at $5,227 a year, records show. The board enacted increases of 11.9 percent in 2008, 6 percent in 2009, 7 percent in 2011, 4.8 percent in 2012 and 5 percent in 2013.
With a new policy instituted at November’s board meeting, in-state tuition is also being made available to entering freshman and transfer students, and master’s level graduate students from the regional states of Missouri, Arkansas, Iowa, Indiana, Kentucky, Tennessee and Wisconsin. Last school year’s non-resident tuition for those same students was $18,240.
During the 2013-14 academic year, SIUE’s per credit hour tuition rate for master’s level graduate students from Illinois was $279.25. Non-resident tuition for those same students was $698.15.
“We proposed this recruitment enhancement program to increase the number of students from these regional states,” said SIUE Chancellor Julie Furst-Bowe. “Our goal is to expand the overall pool of prospective SIUE students. This program is designed to promote geographical access, especially from St. Louis, to our excellent academic programs.”
“This rate will allow SIUE to remain competitive with other institutions in the recruitment of regional students,” said Scott Belobrajdic, associate vice chancellor for Enrollment Management. “This will promote geographical diversity that will benefit all SIUE students. Applications are at an all-time high for this time of the year. We anticipate a surge in applications throughout the region.”
SIUE’s fall semester enrollment is going to be made public during Labor Day week.
“We should be in excellent shape,” McIlhagga said.
The SIU board also held firm on the tuition rates for in-state, full-time students in the SIUE Graduate School ($6,702);  for students in the School of Dental Medicine ($28,552); and for School of Pharmacy students ($22,764) .

The Southwestern Illinois College Board of Trustees approved a $3 per hour tuition increase at its March 2014 meeting. Effective this summer, the board increased tuition to $106 per credit hour but left unchanged fees for IT ($4) and activities ($1), bringing the total to $111 per credit hour, spokesman Mike Fleming said.
Full-time student tuition and fees to be paid for the 2014-15 year are $3,552.
At the time of the spring decision, statewide tuition/fees averaged $116.26 per credit hour, Fleming said. That number is now an average $118.77  among community colleges reporting their tuition plans to the Illinois Community College Board.
Although there have been increases to tuition in recent years, they have been in progressively smaller amounts, Fleming noted. The per credit hour amounts were up by: +$8 (2010), +$6 (2011), +$5 (2012), +$4 (2013), and +$3 (2014).
He said 45 of the 48 Illinois community colleges charge higher fees than SWIC’s total of $5. The FY14 statewide fees average was $10.64. The highest fees are $32.85 at the College of DuPage, he said.
He attributed the latest increases to ongoing delayed payments from the state; a flat equalized assessed valuation rate; and imminent, still-to-be-determined higher affordable health-care insurance costs.
“The $3 (per hour) increase represents an additional $600,000 in revenue annually for the college,” Fleming said.

Lindenwood University Belleville raised full-time undergraduate tuition by 2.9 percent, from $14,800 to $15,230, but even so it remains a bargain compared to schools of its size, campus President Dr. Jerry Bladdick said.
“When you look at Lindenwood, we think we are extremely competitive priced,” he said.
In addition, virtually every undergraduate student has the opportunity at institutional assistance, in the form of grants or endowed scholarships, Bladdick said.
The school opened in 2003 as an extension center of Lindenwood University in St. Charles, Mo., and has come into its own in recent years while remaining officially “a full-service branch campus.”
Five years ago it began offering day classes and saw a surge in enrollment. Upon this year’s official census day of Oct. 15, it expects to have 1,300 students, up from 1,032 last year.
The school has opened two new dorms in the past 18 months, purchased a motel in Belleville and acquired apartments, all for student housing.
“Last year, we had housing capacity for 800 students. This year it’s 1,000,” Bladdick said.
While undergraduate tuition did go up, dorm room charges did not increase, remaining at $3,930 a year.
Board charges increased by $90, or 2.6 percent, to $3,590. There was no increase in either the health and activity fees or the communication fees.
The total of all charges combined for the full-time undergrad tuition is up by $520, or 2.9 percent, Bladdick said.

McKendree University in Lebanon has raised tuition a few percentage points in each of the last few years.
For Fiscal Year 2014-15, tuition for undergraduates is up 3.4 percent, to $12,950 for the semester and $25,900 for the year. Tuition was increased by 2.9 percent, 4.5 percent and 4.3 percent, respectively, in the three preceding fiscal years.
Chris Hall, the vice president of admission and financial aid, said most of the funds generated by the increases have gone to hire faculty, pay salaries and the overall mission to support the students.
“The board is so aware and cognizant of the need to keep tuition at the lowest rate possible, and we remain below the national average,” he said. “But students expect a certain level of support from the school.”
Since 2006, the enrollment involving those living on campus has grown by 75 percent, he said. That’s forced the university to invest in major apartment projects each of the last two years.
First-year enrollment increased 10 percent this year and 15 percent the previous year. This year’s first-year enrollment is the largest incoming class in 186 years — with 430 freshmen and 140 transfer students.
While 75 percent of the new students have come from Illinois, others hail from 21 other states, as well as Australia, Canada, Chile, Germany, India, Ireland, Jamaica, the Netherlands, New Zealand, Nigeria, Panama and the United Kingdom.
University officials attribute the growth to McKendree’s expanding reputation; competition in NCAA Division II athletics; and a variety of new or successful programs, from show choir to women’s wrestling to a nationally recognized debate team.
Ninety-one percent of McKendree first-year students, and almost half of the transfers (46 percent) will live in campus housing this year — 1,100 in all. To accommodate this growth, additional apartments were built at the McKendree West complex on College Road. University housing also includes an apartment building on Hunter Street and several leased apartments on Perryman Street in Lebanon.
“The good news is we remain a ‘hot’ school,” Hall said. “Students continue to be attracted to us.”