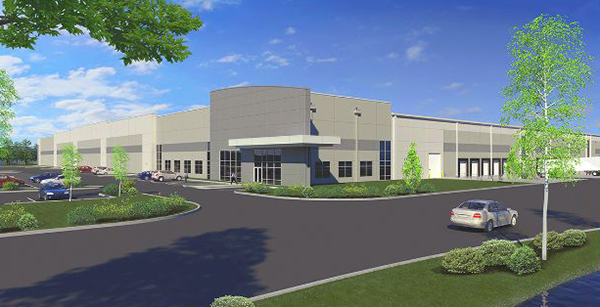 The commercial real estate market has been through some tough times over the last six years but it’s heating up and industrial real estate is leading the way.
The CoStar Group, a research firm that provides information, analytics and marketing services to the multi-family and commercial real estate industry, recently issued its mid-year report on the metropolitan St. Louis industrial real estate market. Its analysis revealed that the vacancy rate in the metro market fell to 7.5 percent in the second quarter of 2014 with more than 1.25 million square feet being absorbed during that time frame. The vacancy rate has steadily declined from 8.6 percent in September 2013 and inventory (available space) has declined to a point where real estate brokers are expressing concern.
“The market has been very good,” said Wayne Barber, a principal with the BARBERMurphy Group in Shiloh. “We’re experiencing a problem again that we have had in the past in that we are running out of inventory — the availability of existing buildings — particularly for purchase and to a lesser degree for lease.”
The problem has been that during the recession “spec” buildings were simply not being built — partially because of lack of tenant demand and partially because of lack of available financing. Spec buildings are those that are built speculatively without a particular tenant in mind. Now, with the economy heating up, existing vacant buildings are being snapped up throughout the metro area.
“I had a client that really wanted to buy a building of 30,000 to 35,000 square feet in the Westport area,” said John Sheehan, a principal with NAI Desco in Clayton. “We had our eye on one but we were a day late and a dollar short on this building and got aced out by somebody else. So, now they think what they’re going to end up doing is renewing where they are. There just isn’t a lot of available product out there.  They’re kind of frustrated but I think it’s just the law of supply and demand coming into play.”

In July, developers broke ground on a new, 673,000-square-foot, speculative building in Gateway Commerce Center but Gateway is a unique park in the metro area, according to Barber. Gateway’s tenants are large national and international firms in need of distribution centers as large as 2 million square feet. Gateway’s tenant list includes well-known names like Hershey, Unilever and Proctor and Gamble. Such development has been the domain of Southwestern Illinois because of the need for large tracts of flat land that no longer exist on the Missouri side.
“That’s been part of the problem with Earth City (Mo.),” Sheehan said. “Earth City is mostly developed. There may be a few parcels left, but it’s not like it was 40 years ago. Hazelwood has some available land near the Mills Mall. There are some distribution buildings there, but there’s not a lot of ground left there either.”
Barber’s clients typically are seeking 50,000 square feet or less and, he says, those are hard to come by. Alternatively, there is land available for new construction and owner/users are taking that route to fulfill their needs. Barber said that he recently closed two sales of land in the area that was formerly National Stockyards at the foot of the new Stan Musial Veterans Memorial Bridge. BarberMurphy has the listing on the property.  “We’ve had two land sales and sold one building — all industrial related — in that area so far,” Barber said. “It’s certainly a prime area right off the interstate with the ability to serve the entire metropolitan area. Our clients there have been smaller companies, family owned businesses, branch operations and things of that nature.”
While lending was a problem for years after the mortgage market meltdown in 2008, that’s not a problem anymore, Sheehan said.
“The real estate market is tied to the economy,” Sheehan said, “and, if the economy continues to chug along, the real estate market will continue to strengthen. If you’re an owner-user and you want to buy an office, warehouse, manufacturing or distribution building, lenders want to lend money right now, especially to those kinds of buildings. It’s a healthy climate.”
While the industrial real estate market is strong, the office real estate market has yet to return to its pre-recession vigor. Barber says that may be due to a structural change in the way we conduct business.
“The situation with the office real estate market is not just the fact that there was a lot of downsizing over the last six years,” said Barber, “but also the need for office space has been decreased by a lot of companies because of the mobility of operations. There are so many people who operate in a mobile fashion now, working from their laptop computers and so forth, that the need for static office space is not like it used to be. It’s taken longer to absorb office space because business operations are just different than they were five or six years ago.”