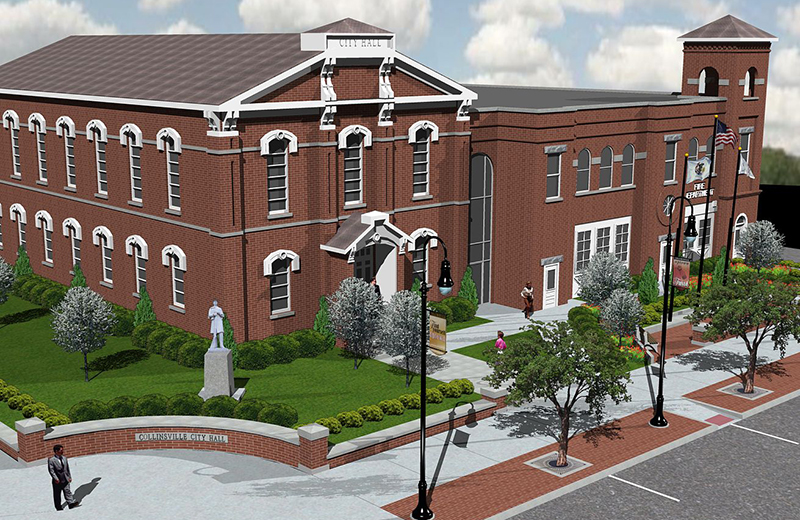 COLLINSVILLE — On her Destination Collinsville game board, Erika Kennett has three strategic pieces that she moves about, in order to lure investment.
The city’s director of economic development calls them “my three chess pieces.”
One of the enticements is the availability of retail development space in Collinsville Crossing, the complex that includes the Walmart Supercenter along Interstate 55/70. She includes the 108-acre Maag Farm property that is for sale just to the south, as part of her strategy.
Her two other chessmen are the Eastport Plaza area for corporate/office space and the Horseshoe Lake Road/I-255/Fournie Lane/McDonough Lake Road area for light industrial use.
All three development possibilities position the city in coming years, she said.
“Here in Collinsville, we are poised for growth,” she said.
The city recently extended 10-inch water and sewer lines to the area along Horseshoe Lake Road, west of Illinois Route 157, opening up the possible development of 150 acres.
“We’re not Gateway Commerce Center (in Edwardsville and Pontoon Beach),” she said. “We’re not going to be able to get the 2-million-square-foot buildings. But we are primed and ready for the 100,000-(square-foot) multi-tenant buildings.”
She added: “At the cost of $700,000 we were able to put this infrastructure in place, so that we are ready, now that the economy has turned around, for those types of businesses to come in.”
The general area could also support residential development. A new, 10-inch sewer main extension serves 138 new family homes, 200 existing homes and opens up 300 acres of developable ground in the Sugar Loaf area.
The nearby Eastport area, which is on the south side of Horseshoe Lake Road, has been a big draw for many years and while things slowed down during the recession, there is renewed interest in it. Dynegy Homefield Energy, which took over marketing for Ameren, located there and brought with it 100 jobs. Lindenwood University Belleville has signed a long-term lease on the former Sanford Brown business school building on Eastport Plaza Drive and will be opening a satellite campus there in the fall.
“The city has spoken to two building development companies that are interested in building buildings again in Eastport. The conversation had always been going on, but then the market collapsed,” Kennett said.
“We’re coming back to the table, and I think that is really important, very telling. What we’re hearing from the brokers in Eastport is they are running out of existing facilities. They’ve got businesses that want to come to the city, they like the interstate access, but the challenge is we are running out of available space. That’s a good problem to have.”
Getting developers to say yes is tough because financing is still a challenge.

Gori inducted as fellow in ABF

Voluntary dental benefits might be right for small business

Illinois does the right thing for the children of military families