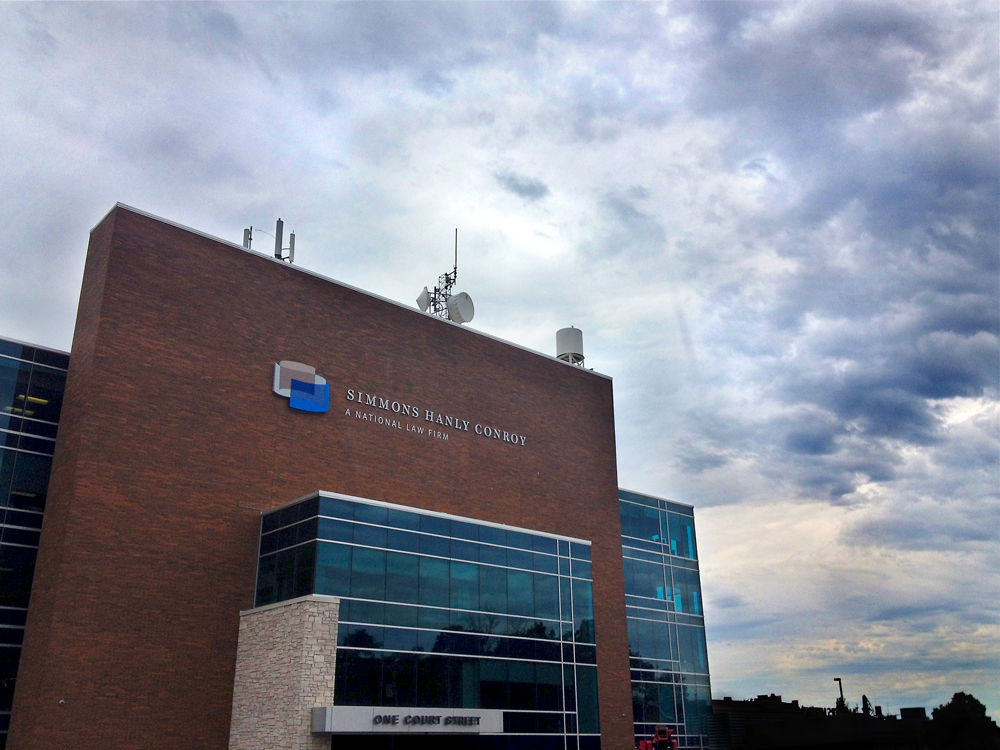 ALTON – Simmons Hanly Conroy LLC, a nationwide complex litigation firm headquartered in Alton, has been highly ranked for the second consecutive year in the “Best Law Firms” list by U.S. News & World Report and Best Lawyers.
In 2014 and 2015, the firm received metropolitan St. Louis Tier 1 and Tier 2 rankings in the practice areas of personal injury litigation – plaintiffs and product liability litigation – plaintiffs, respectively.
“We are honored to receive this ranking for the second year in a row,” said Simmons Hanly Conroy Chairman John Simmons. “Our attorneys work hard to give a voice to people across this nation who are often unable to speak for themselves. For our clients and colleagues to recognize our dedication is extremely gratifying.”
The 2015 rankings are based on the highest number of participating firms and highest number of client ballots on record. To be eligible for a ranking, a firm must have a lawyer listed in The Best Lawyers in America, which recognizes the top 4 percent of practicing attorneys in the United States.
Earlier this fall, Simmons Hanly Conroy Managing Partner Michael Angelides, Shareholders Nick Angelides and Perry Browder, and Of Counsel attorney J. Conard Metcalf were included in The Best Lawyers in America 2015 list.
Firms included in the 2015 “Best Law Firms” list are recognized for professional excellence with persistently impressive ratings from clients and peers. Achieving a tiered ranking signals a unique combination of quality law practice and breadth of legal expertise, according to Best Lawyers.
“For five years, we have combined massive amounts of hard data with peer reviews and client assessments to develop our law firm rankings,” says Steven Naifeh, CEO and co-founder of Best Lawyers, in a press release. “Increasingly, clients tell us that ours are the most thorough, accurate, and helpful rankings of law firms available anywhere.”
Clients and peers were asked to evaluate firms based on the following criteria: responsiveness, understanding of a business and its needs, cost-effectiveness, integrity and civility, as well as whether they would refer a matter to the firm and/or consider the firm a worthy competitor.
The national and metropolitan first-tier rankings will be featured in the “Best Law Firms” General Counsel Publication, which is distributed to 30,000 general counsel lawyers and in digital format to more than 60,000 private practice lawyers worldwide. The rankings in their entirety are posted online at http://bestlawfirms.usnews.com.